Life Among the Sneaker Stalkers

The first time I went to Sneaker Con (which returns to New York City this weekend, November 5-6), I was a reluctant tag-along. My son was in middle school with an encyclopedic knowledge of sneaker design, but as I found out when I accompanied him to Pier 92 there was lots more to this culture than I had ever imagined.

In case you don't know, young boys size each other up based on what kind of sneakers they wear. When they pass each other on the street, their eyes inevitably dart down for a quick look, a signifier that tells them all they need to know. A pair of Kanye's Yeezy's from Season 4?

When my son started dabbling in the resale market, I was again conflicted. I admired his enterprise but it took some getting used to. When he asked to go out to meet his friend at 4 am outside Supreme store so he could get the latest collab release by the coveted brand, I was similarly confounded. Giving in to his passion, I relented. When he came home, prize under his arm, a gleam in his eye, I could tell he was excited. He'd had the best time, he said. And that's when I realized that it was as much about community as a passion for design and the collecting bug. It was as much about hanging out with like-minded kids of his generation as it was about acquiring a pair of sneakers. It was the excitement of the hunt. 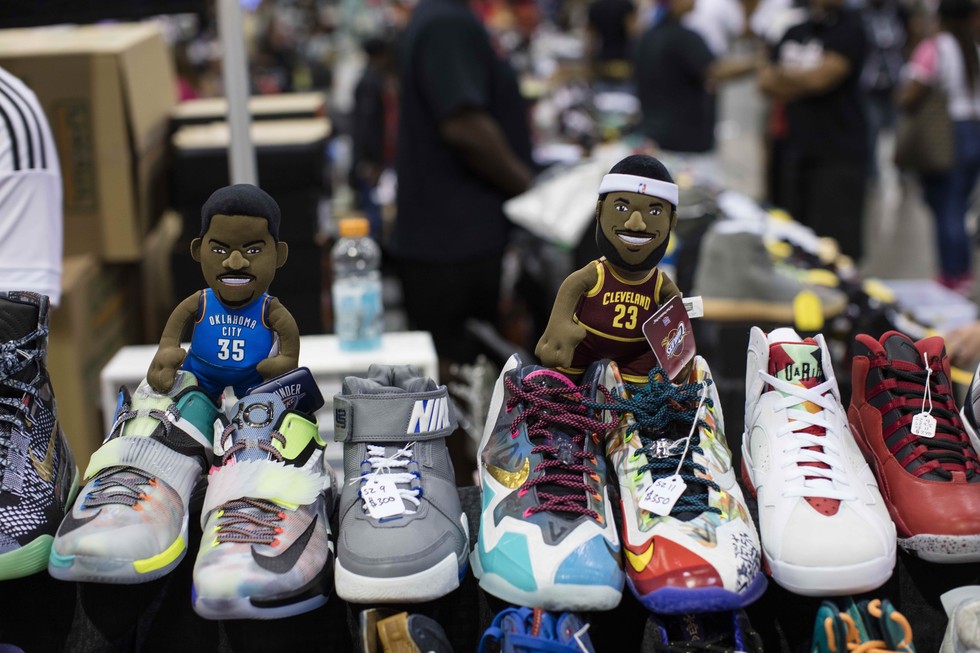 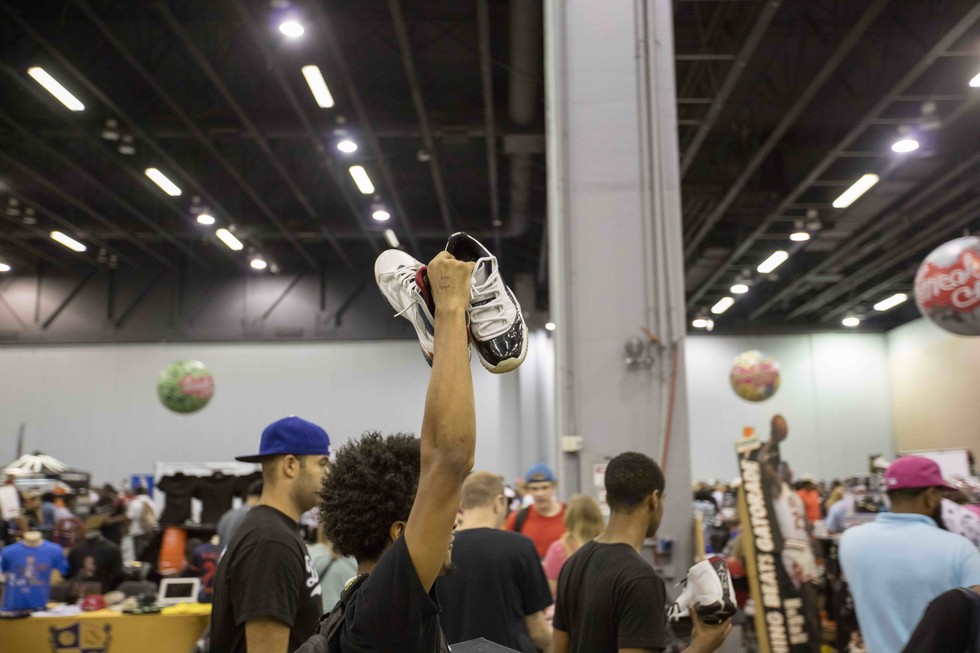 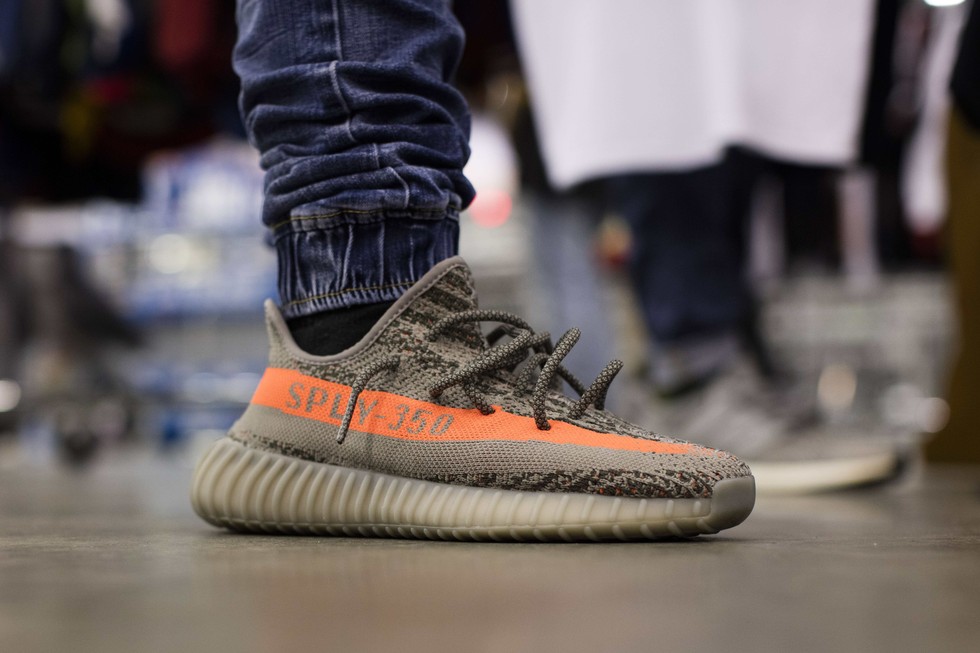 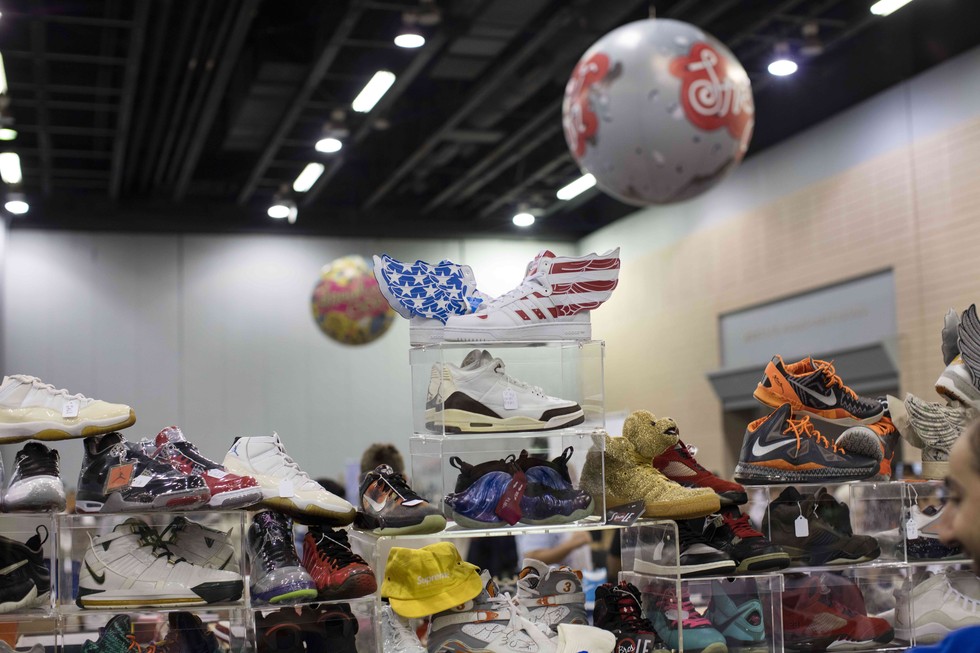 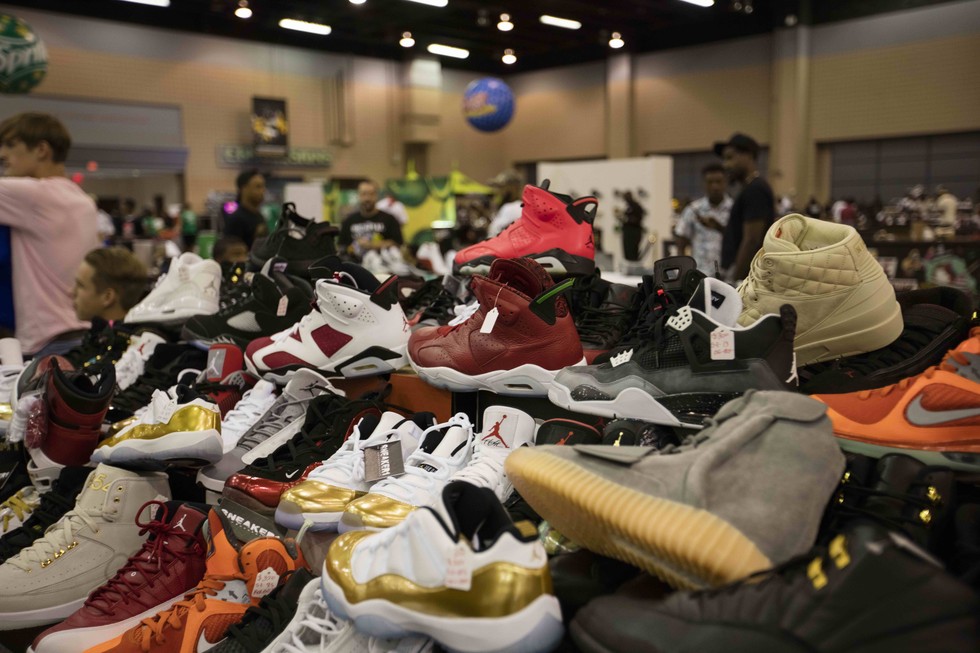 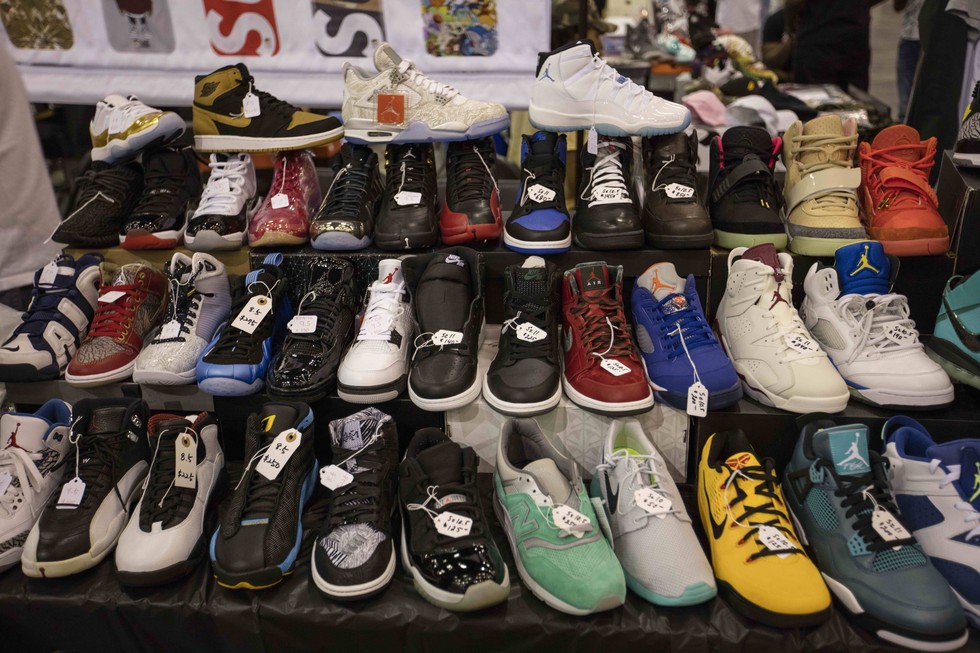 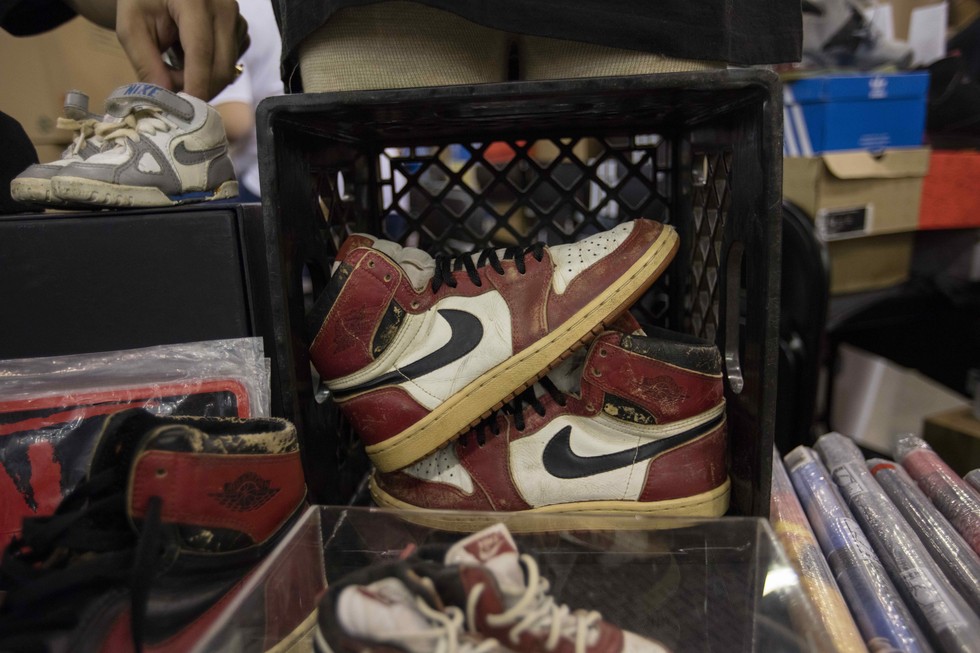 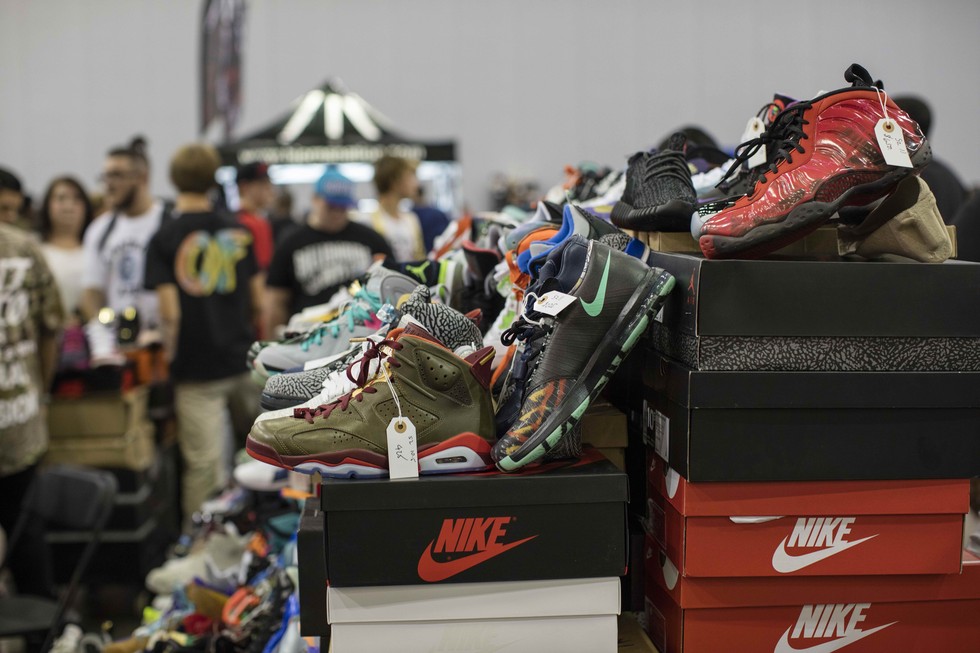 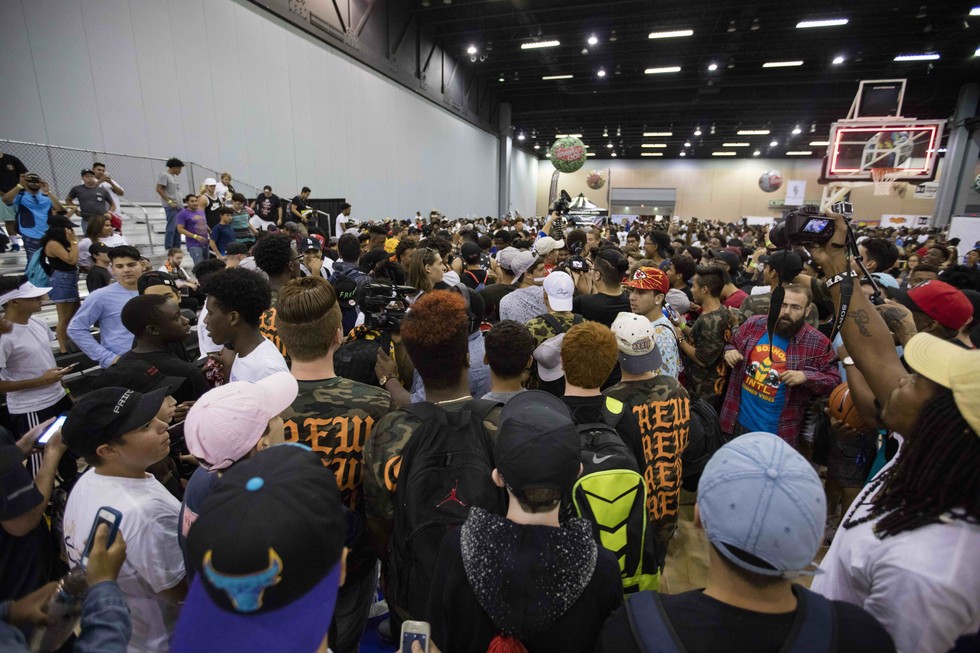 Sneaker YouTubers are mobbed after the Sneaker Con Hoops Classic

It's how Yu-Ming Wu, the founder of Sneaker Con got started, and look at him now. What began as a local enterprise by the then-Parsons student Wu, has turned into a mega event, attracting tens of thousands to the Javits Center. Wu has since built an empire as the niche scene has grown into a true fashion trend with Maison Margiela, Lanvin, Rick Owens, Balenciaga and others catching the sneaker fetish bug. Wu is also the passionate entrepreneur behind Freshnessmag.com, Kicksfinder.com and SneakerNews.com, which boasts an audience of over 10 million unique visitors.

At first, Nike pretty much owned what was basically a resale market of sneakers that for one reason or another had increased in value over the years. Mostly it was a variation on the brand's beloved Air Jordan's--a rare color, a reissue of a classic, or the classic itself pristine in its original box with receipt to prove its authenticity. Packed with mostly boys ranging in age from teens to their mid-20s, it was a hive of activity, an indoor marketplace with professional dealers who had set up tables as well as freelancers who arrived with duffel bags full of sneakers they were looking to trade or sell. With stacks of five or six pairs in their original boxes, they walked around among thousands of fellow sneakerheads in search of a Cinderfella with the right shoe size for the golden Jordan's they were hawking.

But Air Jordan's comfortable dominance has been disrupted, thanks mostly to Kanye West's Adidas-branded Yeezys, which have become the most coveted and collectible kicks among the sneakerheads. Pairs typically go for many times the original cost, into the thousands of dollars, making Adidas a relevant player in the sneaker market again.

As might be expected, the sneaker phenomena has become a staple of digital culture as well, creating YouTube stars in its wake. This year's event will showcase a special Sneaker Con Hoops classic where all attendees will be able to watch renown "Vbloggers" take each other on in a game of basketball for a special prize. The two teams playing are Qias Omar's (about 1 million subscribers over four YouTube channels) "DreamQrew" being coached by Benjamin Kickz versus the "Sneaker Con NYC All Stars" with Coach MrFoamerSimpson (about 188,000 subscribers). Prettyboyfredo (1.7 million subscribers) hosts.

Nov 5th is also National Sneaker Day. What better way to spend it than perusing the Yeezys and Jordans and more among fellow kicks fiends (this year the con added a second day, and will also run on Nov. 6). If you're a young male, you'll feel like a kid in a candy store. For the rest of us, it's a way to get schooled on a piece of cultural anthropology, a site-specific event that has to be seen to be believed.