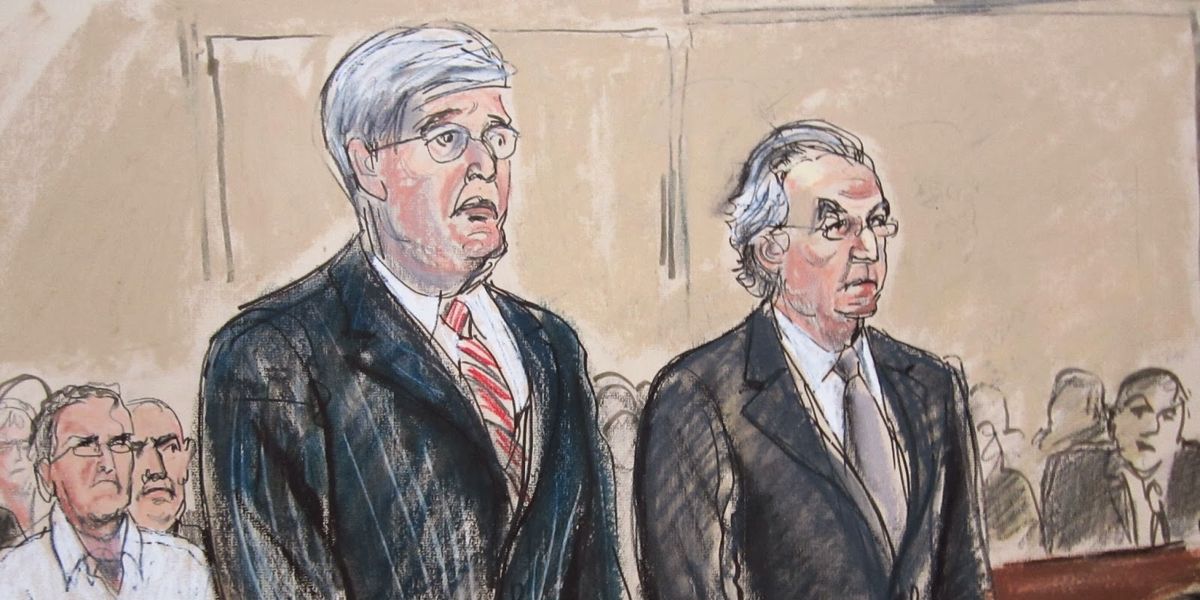 The Library of Congress has acquired 96 courtroom sketches of high-profile cases, spanning over four decades.

This purchase of illustrated glimpses--notably by legendary sketch artists Elizabeth Williams, Aggie Kenney, and Bill Robies--is being called the Thomas V. Girardi Collection of Courtroom Illustration Drawings, named after the benefactor of the initiative.

Some of the trials include Charles Manson (1970) by Bill Robies...

The Library of Congress had already purchased some 3,500 courtroom sketches from Marilyn Church in 2010.

Church ' portfolio includes a rolodex of celebrities and murderers. 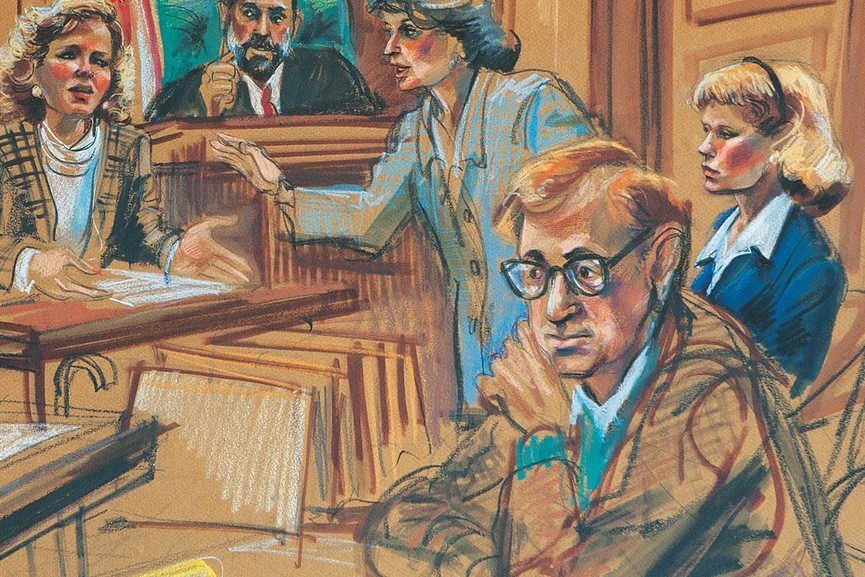 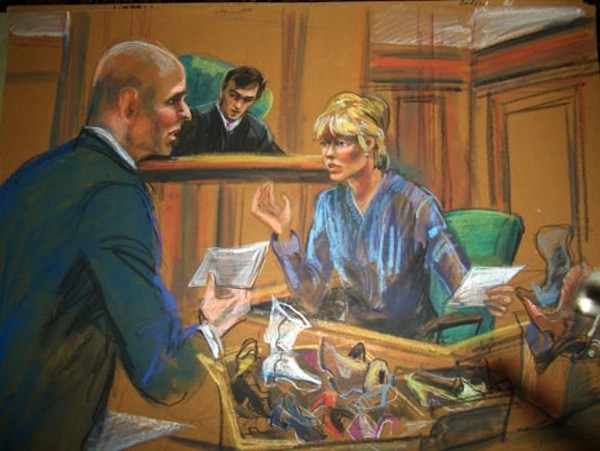 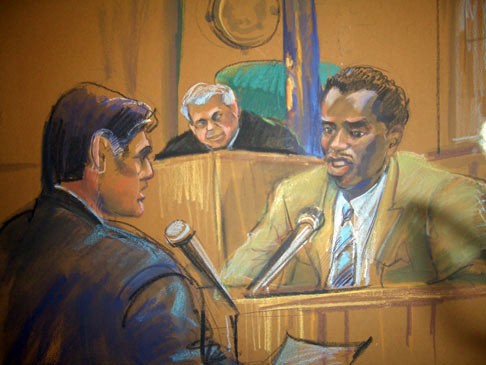 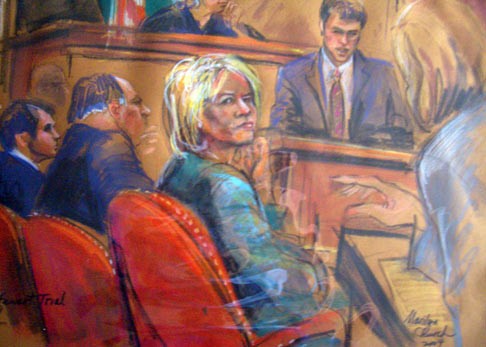 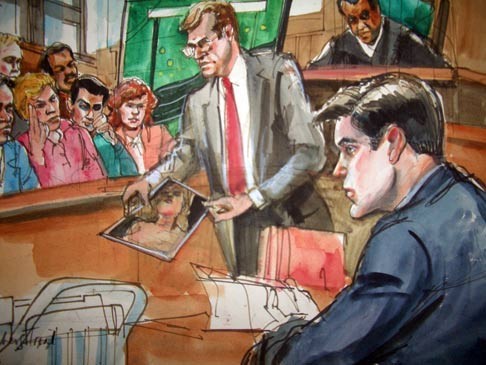 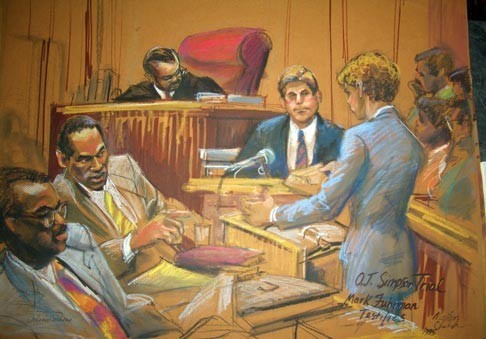 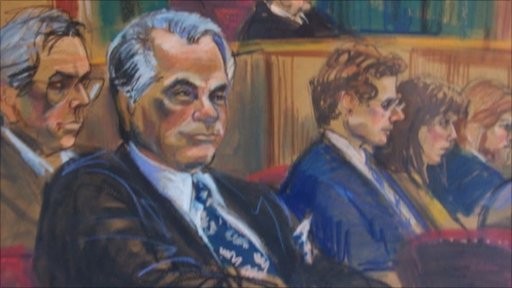 The United States of America vs. John Gotti, 1992. (Church was threatened by Gotti for the way she drew his hairline).