Despite being based in Los Angeles since 2001, Designer Johnson Hartig only organized his first Libertine show in Los Angeles this past April, where he descended on a century-old women's club to showcase his fall 2019 collection. Now, Libertine is delivering a new campaign packed with as much west coast punch as his debut presentation. Showing an ornate mix of head-to-toe patterned looks with everything from botanical prints to cheeky embellishments, Hartig dug into a vast list of references that range from English botanicals to the lyrical musings of Jimi Hendrix.

Staying true to his practice of repurposing vintage with over-the-top, sparkle-encrusted whimsy, Hartig took several ideas and boiled them down to portray Libertine's essence. The designer/founder combined imagery from 17th-century Dutch vanitas, and Japanese wood blocks to give the clothes a fantastical and rich texture. With an audience that boasted everyone from Marilyn Manson and Dita Von Teese to Adam Lambert and Fergie, the brand's new California digs have become wildly coveted.

In the equally wondrous campaign shot by Ekaterina Belinskaya and co-styled by fashion activist B. Akerlund with Maryam Malakpour, the collection's light-hearted motifs are at play with a deeper meaning. Hartig waxes philosophical on Jean-Paul Sartre's ideas of existentialism, with some of the collection's prints portraying slow burning candles and questioning humanity's battle between life and death.

The imagery perfectly captures Libertine's cheeky sensibility and innate depth, as models run through the studies of a beautiful home and lounge about by sunny windows and dim-lit corridors. Stepping out to wander in the forest and rocking extreme, wind-blown hair by Clyde Haygood, Libertine beckons a new era for fall 2019. 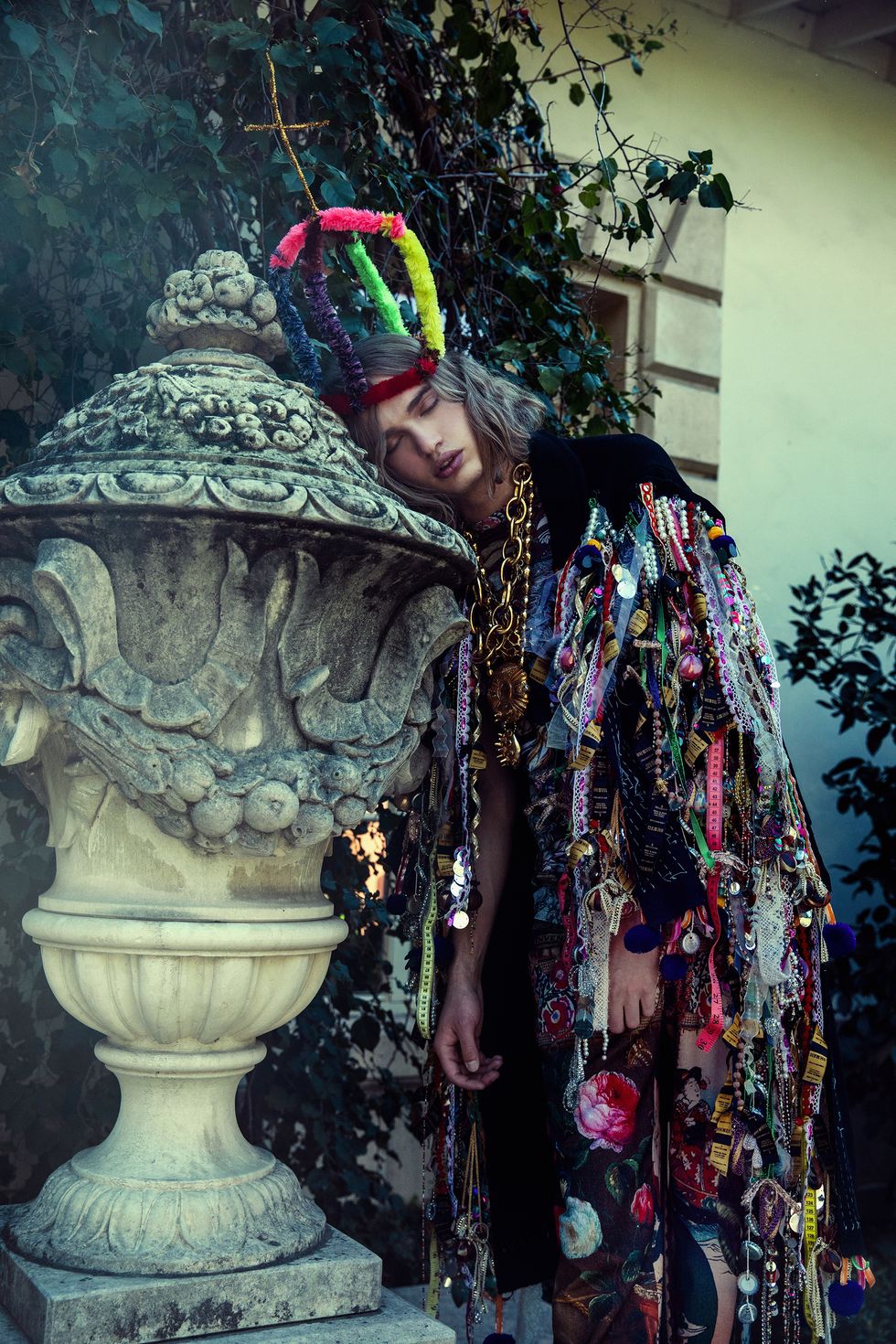