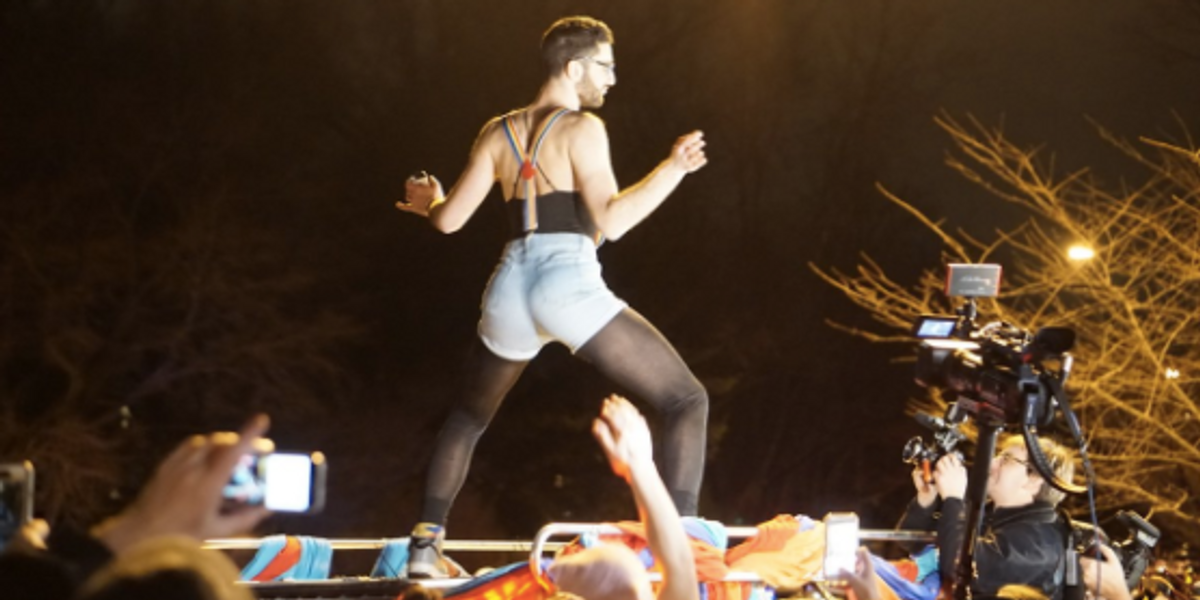 UPDATE 4/2/17: Activists held a Queer Dance Party for Climate Justice Saturday night in front of Ivanka Trump's home in D.C. The protest was reportedly to stand against the Dakota Access Pipeline and other environmental issues. Ivanka was spotted in New York City the same night so she wasn't present while the dance party happened, but the showing was still strong.

The LGBTQ activist group WERK For Peace has announced on Facebook a queer dance party for climate justice outside Ivanka Trump's house (or at least near her house, as the Secret Service seems unlikely to sanction such a thing).

The same group took to the streets outside Mike "Daddy" Pence's home in January to much success, protesting his anti-LGBTQ record through dance and celebration:

Given Ivanka's new office in the White House and her expressed interest in addressing the issue of climate change, WERK is targeting her specifically to let her know they find her father's recent rollback on environmental regulations unacceptable.

In addition, they're calling out Trump's decision this week to remove both protections for LGBTQ federal government employees and the representation of LGBTQ people from the U.S. Census.

Ivanka also just so happens to live in the same tony D.C. neighborhood as Secretary of State Rex Tillerson, the former CEO of Exxon (what conflict of interest?)

Maybe neighborhood Cool Dad Barack Obama will stop by too.

The protest is happening this Saturday at 6pm, and only confirms my growing suspicion that we are living through a nationwide live remake of Footloose with protestors playing the role of noble dance fiend Kevin Bacon, Trump supporters are Chuck/Ariel (think about it), and Trump is obviously Reverend Moore.