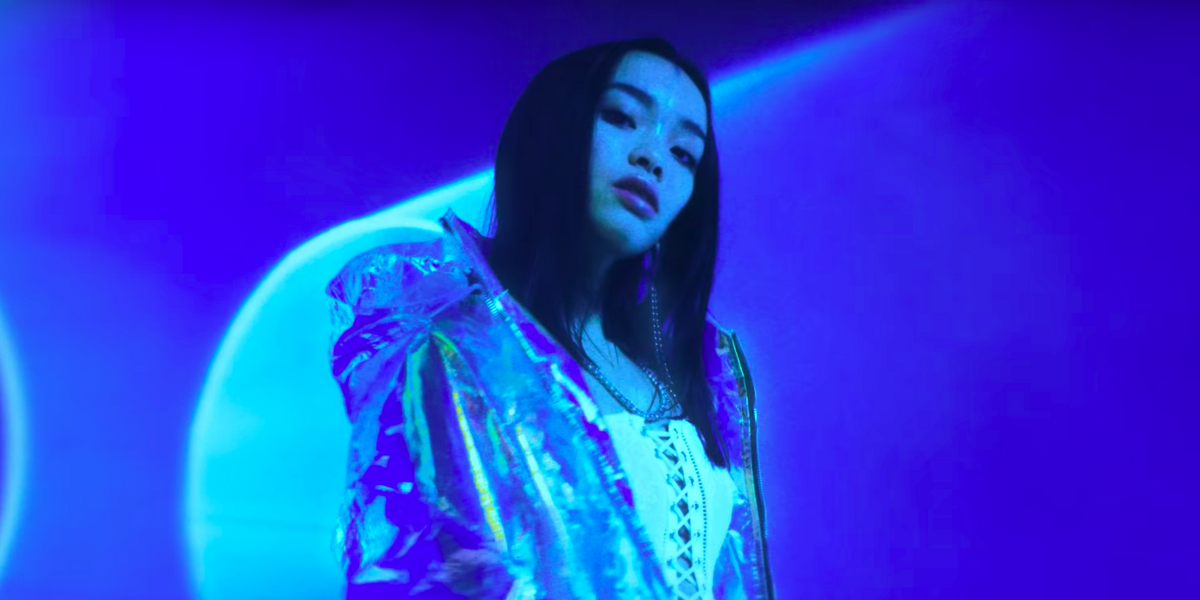 There's no doubt about it: Lexie Liu is a pro. The 19-year-old Chinese artist from Changsha is poised to be the voice of her generation and her home country's modern music — unafraid of going where no other female musician from China has gone. While only beginning to test the waters of the music industry with label 88rising, she proves that her talent has unpredictable bounds with her latest single and music video "Hat Trick," which premieres here on PAPER.

As she revealed in an interview, the song was inspired by the Twenties and F. Scott Fitzgerald's literary masterpiece, The Great Gatsby. She envisioned the song in a daydream, as she spent time trying to improve her SAT scores reading the classic novel. She also told PAPER that her goal with the song was to, ultimately, "transport people" to that time of glitz, glamour, and romance. The retro-futuristic video directed by mamesjao is able to do just that, and successfully tells the story of a young girl waltzing to her own tune.

Lexie is absolutely hypnotic, and brings you into her world immediately with her captivating lyrics and her effortlessly cool performance. Her eyes say everything, while the trippy yet soulful, guitar-laced melody (produced by Bijan Amir) takes you to a ball in another dimension.

We're looking forward to seeing, and hearing, the other slick tricks and killer tracks Lexie Liu has coming in her upcoming premiere EP entitled 2030. This is the singer's first major project, so make sure to mark your calendars because it drops on February 1, 2019.

Watch the PAPER premiere of “Hat Trick,” below.