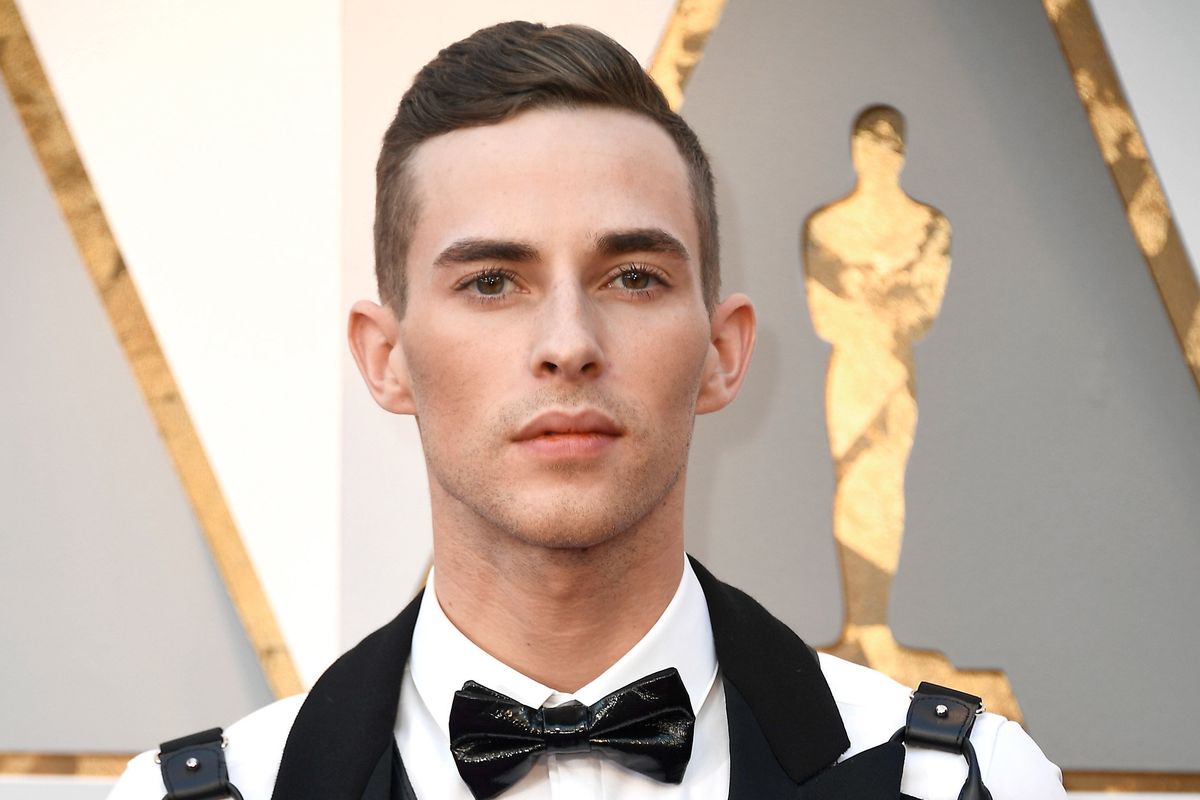 I think it's safe to say that we are all in love with openly gay figure skater Adam Rippon: he who, at age 28 (which is like, octogenarian status in fucked up figure-skating years) competed at the 2018 Olympics in South Korea; he who was the first openly gay American man to compete in the Olympic games; he who said during those games that he'd love "a Xanax and a quick drink" before his skate; he who wore a HARNESS to the OSCARS (by Moschino, no less) a mere few days ago.

Need another reason to be in love with the outspoken American icon? Speaking with CNN, Rippon said that Vice President Mike Pence, known anti-LGBTQ deplorable, first developed an interest in meeting with the skater after an article surfaced in which he shared his thoughts on what it meant for the then newly-minted candidate to lead the Senate. (And of course, we now have actual proof that the arch-conservative Pence has used his leadership status to oppose rights supporting the LGBTQ community and those affecting women, so Rippon wasn't wrong in his initial criticisms).

At first, Rippon said that Pence's initial request to meet — which, of course, his communications team categorically denied attempting to set up — did not come at the right time.

Interestingly, and in characteristically patriotic fashion, Pence tweeted his support for the American competitors in the Olympics, then eventually tweeted Rippon to voice his support.

What's really great about this is now Rippon is making it clear that he'd like to have a conversation with Mike Pence now. And it also represents a wonderful example of what to do when you have a platform of power, recognition, and privilege. It also is worth mentioning that in the fight for equality, white bigots listen best to white people, bigoted or not. We know it's true that if Rippon were, for example, a person of color, there would be no room for said conversation. Rippon seems to know this, and is playing his cards right, which in itself deserves acknowledgment.

Anyway, elsewhere in the interview, Rippon said that meeting with Pence wouldn't just satisfy him; it would be a discussion for all whose lives have been negatively impacted by Pence's policies. After all, let's not forget that LGBTQ rights, women's rights, and civil rights are human rights. Our lingering million-dollar question: can this convo be broadcast for us all to see? Seeing Mike Pence become shook, bothered, and bewildered by what would most certainly be Very Direct Questions (TM) by Rippon would be the true Olympic gold medal that Rippon didn't take home. Except, we'd all get get some gold.

"Now is the right time," Rippon said. Let that ring in your ears a minute. Because is it ever.