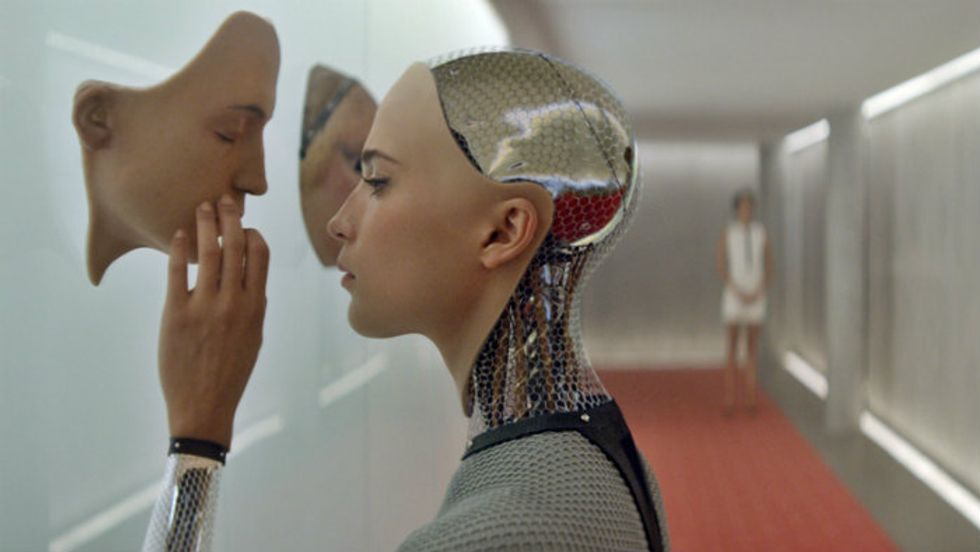 by Eric Thurm
PAPERMAG
Some of the most widely acclaimed movies of the year have been science fiction, a genre that is rapidly losing the stigma it once had when compared with supposed "cinema" or its ink-stained cousin, "literary fiction." So it's appropriate that, in one of the best pieces of Hollywood news in some time, novelist Zadie Smith is teaming up with filmmaker Claire Denis to go where neither has gone before: The pair are working with Smith's husband, poet Nick Laird, on what will reportedly be a film set in "a future that seems like the present." (Besides sci-fi, Denis is also making her first foray into English-language filmmaking.)

What kind of science fiction movie will Smith, Denis, and, kind of, Laird, end up making? A painstakingly crafted, broad in scope but narrow in focus look at interstellar immigration? (Kinda in their zone.) A near-future allegory about a Big Issue like most critically-acclaimed science fiction films these days? (In addition to Ex Machina, this loose subgenre includes District 9, Her, and Children of Men, and... eh.) A stealth remake of The Fifth Element? (Yes, please.) Until we know more details, we're left to do the one thing sci-fi does best: speculate.