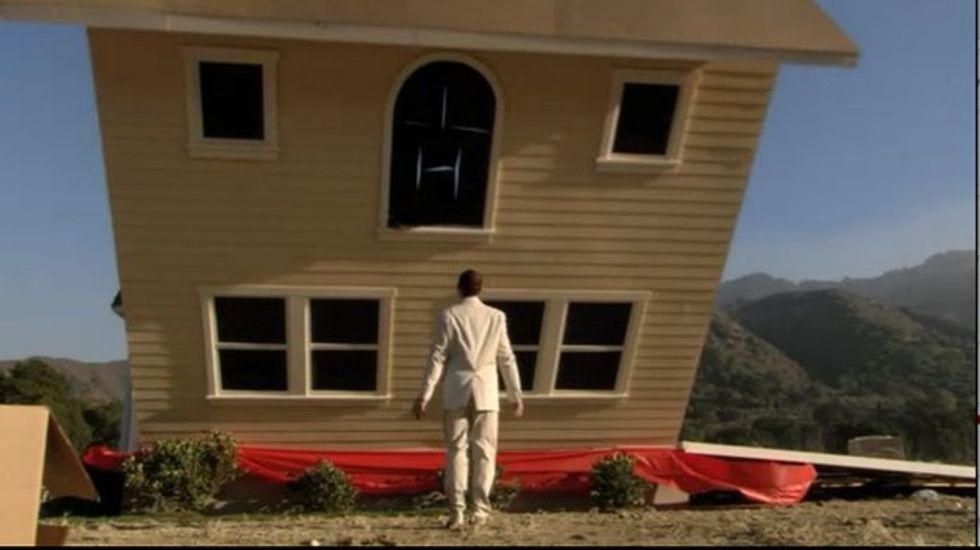 Back in 2013, the evil magic of Netflix's Algorithmicon willed a fourth season of beloved, canceled sitcom Arrested Development into being. It was, by most accounts, an interesting failure -- a rebuke to the foolish people working in TV who thought that Netflix would allow you to make hours-long seasons of a show without real narrative breaks or distinct parts. Now, producer Brian Grazer claims that a fifth season is a certainty, with production starting at the beginning of 2016 and the episodes premiering a few months later.
This is a bad idea -- you might even say a huge mistake. Allow Arrested Development to explain.
When the original series finale of Arrested Development premiered, it was a pretty good cap to the show. It was the last time you were ever going to see these Bluths.
Netflix, which has enough cash floating around to buy an enormously successful cast and reunite the creative team, got it into its head (or Chief Content Officer Ted Sarandos' head) that a revived Arrested Development would be a good idea. And it was hard for everyone to say no to him. It was exciting!
But there was no way that the schedules of all of the actors would line up, since several of them were pretty big stars, and others had regular series to commit to. The workaround was to engage in some production tricks.
Sorry, illusions. Each of the characters would be split up, mostly off in their own story learning what it meant to be a Bluth outside of the family unit. Post-production wizardry would allow some of that to be cut down, but ultimately it forced a season that reached for more than it was capable of accomplishing. Kind of a collapsing house situation.
The new season premiered, but while it was a fascinating formal experiment, stranding each of the members of the cast just lost a lot of the show's comic snap. Even when Lucille took central stage, without the rest of the family in one place, you just had to ask...
Still, the biggest irony in this news is that, where the original Arrested Development ended with the winking suggestion that there would be a movie, season four actually did a lot to set one up. There were quite a few plots coming to a head by the end of the season, including a major rupture in the relationship between Michael Bluth and his son, George-Michael (sorry, George Maharis). A movie, while probably a tricky pacing proposition given the nature of the show, would have done a really nice job of wrapping up Arrested Development. Another season on Netflix, stretching on and on and on, might just reach self-awareness and understand what it's become.
Instead, the new season is likely happening solely because (and you can probably guess this one)...
You May Also Like
Care