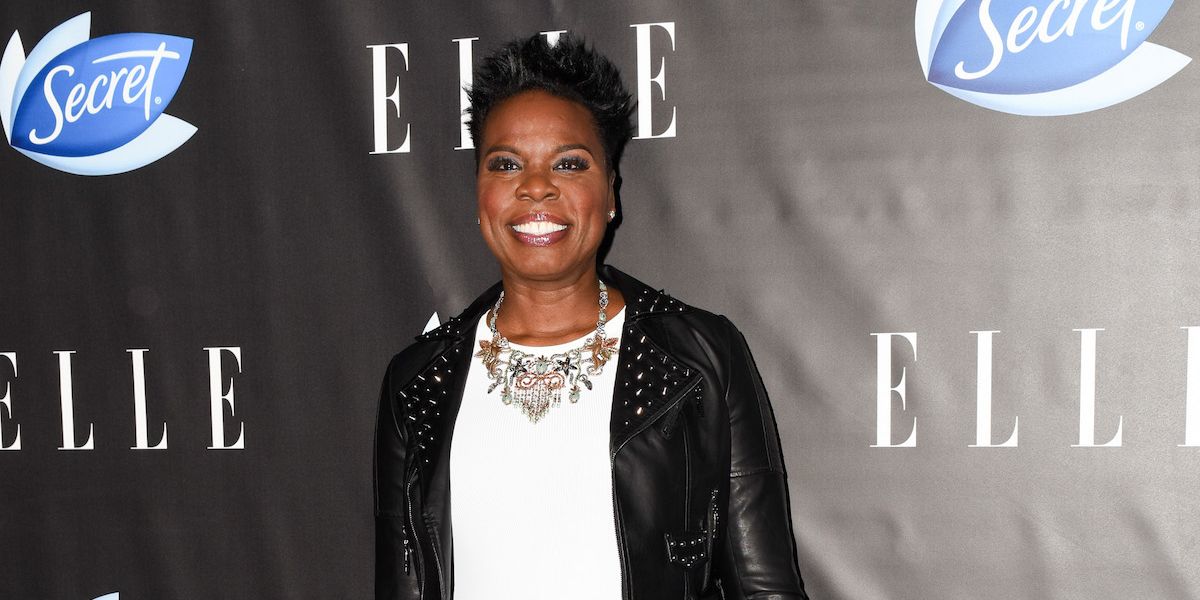 UPDATE: Some justice could, thankfully be served:

TMZ says the FBI is apparently investigating the dreadful iCloud hack Leslie Jones endured yesterday, where venomous online trolls posted racist images on her website, personal info--lncluding images of her passport and driver's license, and nude photos onto her website.

Sources familiar with the situation tell us, the FBI is developing a strategy for tracking down the person or people who hacked into her iCloud and cell phone and posted nude photos and personal information on her website. It's unclear whether agents from the West Coast or East Coast will launch the investigation.

Meanwhile, celebrities across the board have taken to Twitter to voice their horror and solidarity with the actress over this act of terrorism.

What's happening to @Lesdoggg is an absolute outrage. Alt right, haters, trolls, "comedians," whoever the fuck you all are, you're just sad.
— Paul Feig (@paulfeig) August 24, 2016

Do not give your eyeballs to this racist, hate-filled, misogynoir crime. I #StandWithLeslie ❤️
— KATY PERRY (@katyperry) August 24, 2016

these acts against leslie jones....are sickening. its racist & sexist. it's disgusting. this is hate crimes. this aint "kids joshing round"
— Questlove Gomez (@questlove) August 24, 2016

Let's turn our anger at trolls into love for Leslie Jones and into strategies to protect all the heroines who don't deserve this bullshit
— Lena Dunham (@lenadunham) August 24, 2016

We're with you @Lesdoggg, you are strong, the parents' basement trolls are not.
— Nia Vardalos (@NiaVardalos) August 24, 2016

Her SNL costars and writers came to her defense, too:

so angry, disgusted and sad about this racist violent assault on leslie.
— Aidy Bryant (@aidybryant) August 24, 2016

May many (more) bad things befall the cowards who've attacked my friend, @Lesdoggg. They are the worst of humanity, where she is the best.
— Taran Killam (@TaranKillam) August 24, 2016

.@Lesdoggg is better and stronger and funnier and more resilient than you and there is nothing you will ever be able to do about it. Sorry!
— Chris Kelly (@imchriskelly) August 24, 2016

The ceaseless, churning garbage cyclone that is the internet continues to demonstrate why it's not safe to be a woman, a person of color, and even more so, a woman of color.

Leslie Jones, national treasure, and star of SNL and Ghostbusters, who faced a barrage of racist and sexist trolling on Twitter last month, once again, has been the target of hate--this time, the actress/comedian's personal Tumblr account had been hacked by one or more trolls.

The monster(s) posted horrifying, racist imagery, including photos of Harambe--the gorilla shot by the Cleveland Zoo in May--personal information, like images of her passport and driver's license, and most vile of all, nude photos from Jones' iCloud.

The site was taken down this morning, and Jones nor her team has made any comments on the matter.

The stream of harassment Leslie received, ranging from Ghostbuster "purists (aka men who still live/masturbate in their parents' basements), to Breitbart writer/rotting wax mold Milo Yiannopoulous, caused Jones to quit Twitter temporarily in July, before Jack Dorsey and Twitter HQ cracked down, and spared her from the locust swarm of trolls.

In a recent appearance on Late Night With Seth Meyers, Jones spoke on the matter, stating, "hate speech and freedom of speech, two different things."

Without giving them any visibility, there are already examples of Twitter users BLAMING Leslie for having private photos on her private iCloud account, because of course they are.

Leslie had just been in Rio, when NBC flew her down to be an Olympic commentator after her viral Twitter commentary had delighted millions around the world.