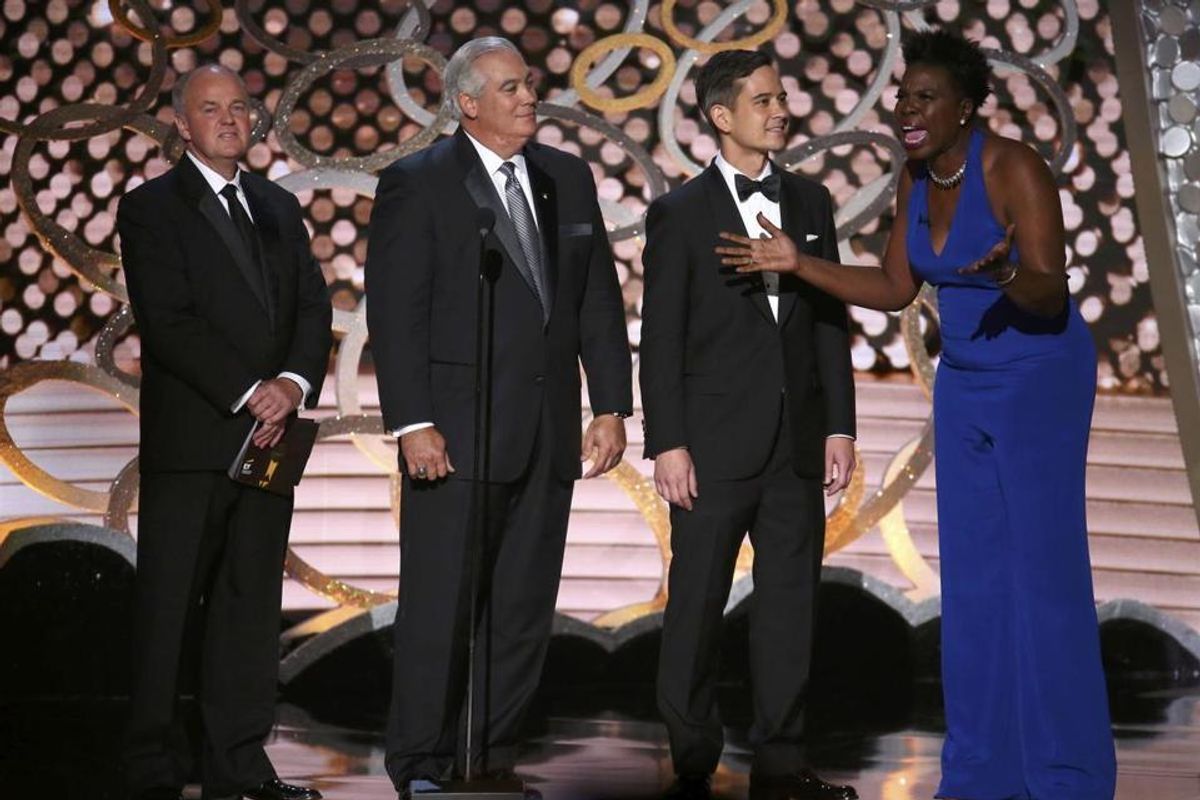 National treasure Leslie Jones graced the Emmys stage last night to joke about her recent, horrific hacking scandal, reminding her mouth-breathing Twitter haters that she really can't be bothered with their hot garbage and casting a light on the ways that women and, specifically, women of color, are still not adequately protected from online harassment.

Looking resplendent in a cobalt jumpsuit, Jones injected a beautiful jolt of 'fuck yes' into the usually dull segment featuring accountants from Ernst and Young, the firm that has long tabulated the Emmys results and kept them under strict wraps.

"Since you're good at keeping things safe, I've got a job for you," she said. "My Twitter account! Put that in the vault, please! Y'all over here using your skills to protect 'best voiceover in a French sitcom,' meanwhile I'm butt naked on CNN! I just wanted to feel beautiful y'all."

The audience responded with a huge cheer.

Jones has been the victim of repeat online attacks this year, even temporarily deleting her Twitter account this summer after being targeted by racist trolls. Twitter, who has been not great about handling abuse cases in the past, permanently banned alt-right troll archduke Milo Yiannopoulos in July for leading one of the harassment campaigns against Jones.

Meanwhile, Jones is living her best life, stealing the Emmys and, from the looks of it, stealing your men. (And John Mayer.)

Do you think he could help me catch hacker lmao!! pic.twitter.com/Isk2DTlzC8
— Leslie Jones (@Lesdoggg) September 19, 2016

He said he had s gonna write a song about me. I think he should have sex with me instead am I wrong? pic.twitter.com/NqSj3awPoi
— Leslie Jones (@Lesdoggg) September 19, 2016