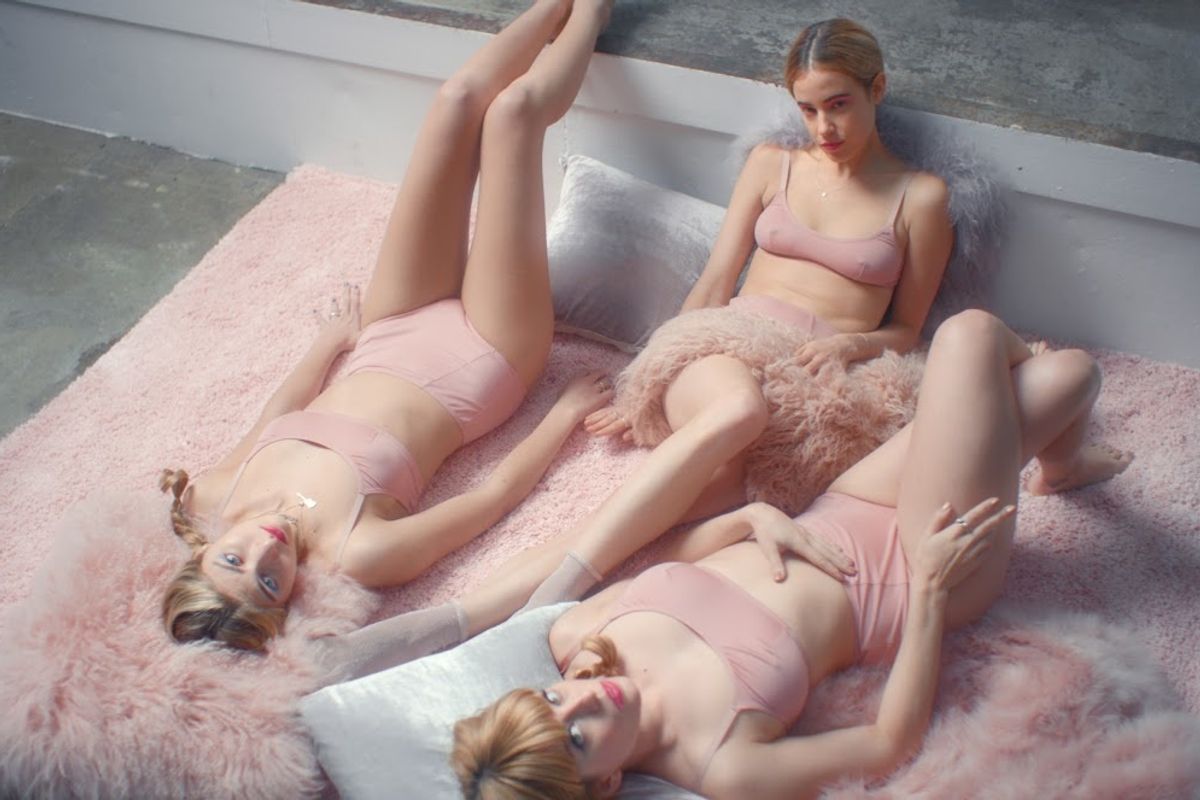 2017 may have seen a record number of women coming forward to share their stories of harassment and assault in an empowering way, but we're still far behind in terms of female representation across creative industries, especially behind the scenes. Two brands that are working to change that are New York based underwear line JONESY and female first music agency Les Filles.

The two teamed up to create a music-forward fashion film to promote the JONESY line and to highlight the many women creating music today. "With latest news stories highlighting the widespread corruption and harassment plaguing the entertainment and music worlds, we wanted to take a moment to celebrate new faces and female talent," JONESY founder Rachel Jones told PAPER. "The Les Filles collab made sense to us because these ladies are first and foremost amazing musicians, not just pretty faces."

The film was created by a mostly female crew, with Tiffany Frances directing, Justine Sweetman creative directing and Blu Detiger of Les Filles behind the score. "I love Rachel's business model of creating content for women by women, and I wanted to bring that female collective energy to the table," Frances said. "It was important to have a pre-planned amount of shots, but the most fun on set came from being spontaneous and seeing what we organically came up with together."

See the dreamy collab, premiering on PAPER for the first time, below: