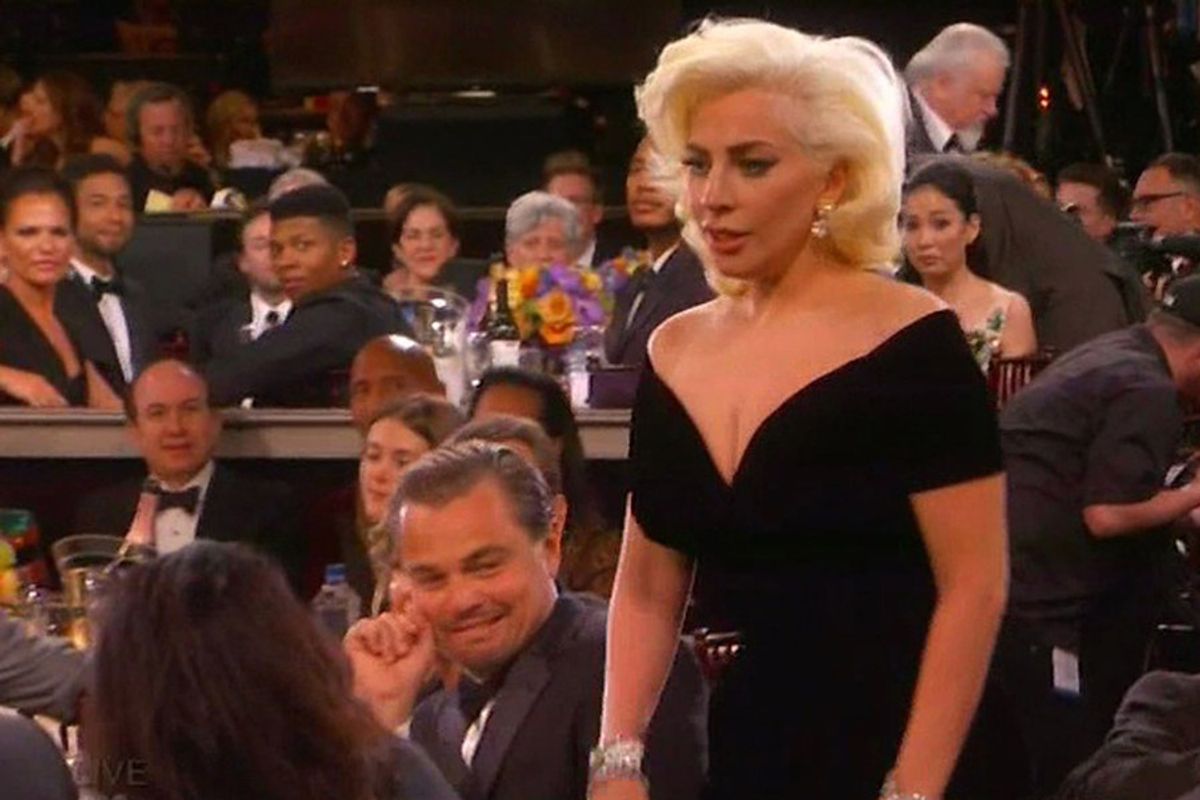 After Lady Gaga won the Golden Globe for Best Actress in a Limited Series or TV Movie last night, she bumped into Leonardo DiCaprio on her way up to the podium -- and the cringeface he made was, of course, reaction gif fodder that went viral.

However, that entire situation was shrouded in mystery. Was the bump purposeful? Was it because she saw him laughing at her win? Why was it so funny that Gaga won in the first place? Why does this reek of "popular jock laughing at the weird artsy girl in high school"? I mean, I personally thought Queen Latifah deserved the win, but no need to be a douche during someone else's moment?

Leo later clarified to Entertainment Tonight that he "just didn't know what was passing me, that's all. I was like, oh!" Nothing more, just a smile and a shrug. No explanation either as to what he found hilarious in the first place either or his "yikes" face after Gaga brushes by him? Hardy har har, huh?