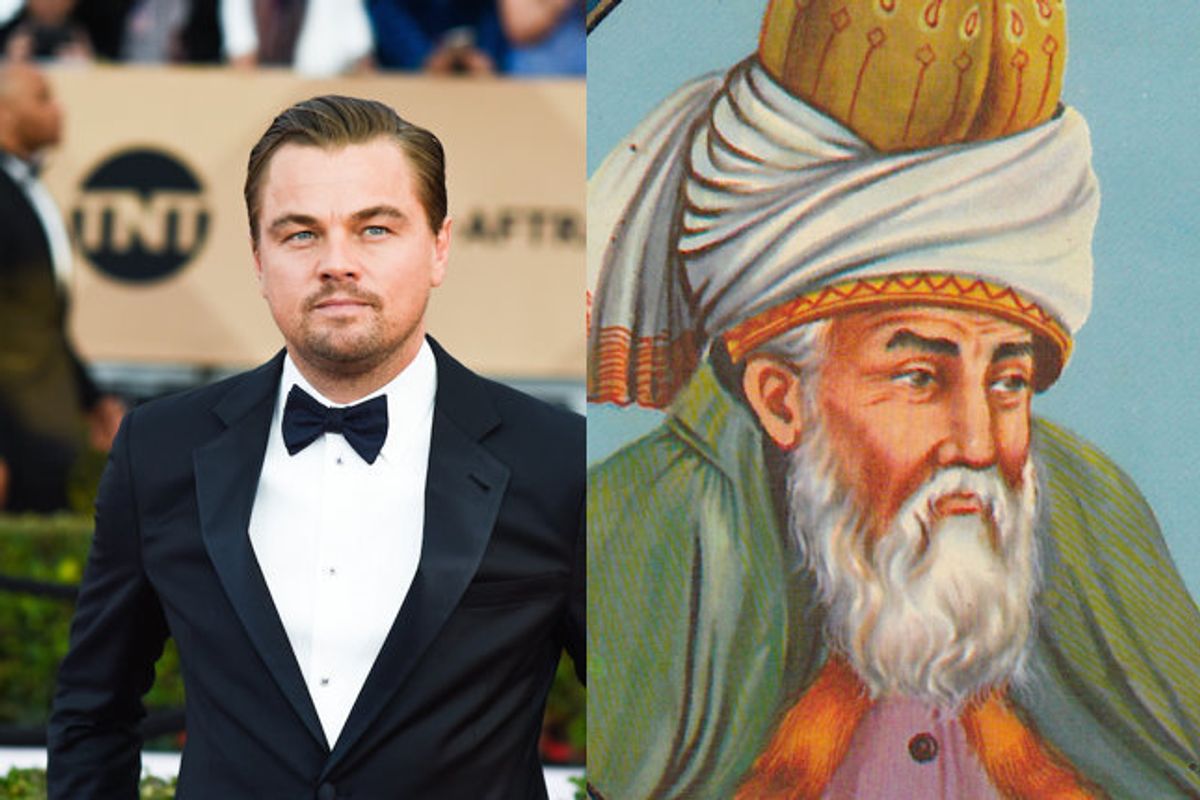 Oscar-winner Leonardo DiCaprio has parked his Citi Bike just in time to face some newly sprouted internet backlash, after being eyed as a frontrunner for a new biopic about the 13th century Muslim poet Jalaluddin al-Rumi.

The film's screenwriter, David Franzoni (who wrote the 2000 Oscar-winning Gladiator) claims his ostensibly offensive choice to cast Leo is meant to "challenge" stereotypes of how Muslims are depicted in western cinema.

It's a very exciting project – and obviously challenging. "There are a lot of reasons we're making a product like this right now. I think it's a world that needs to be spoken to; Rumi is hugely popular in the United States. I think it gives him a face and a story.

A white face, at that!

Rumi's most notable works, the Masnavi and the Divan, are considered some of the greatest poetry ever written; the Sufi teacher's collections--still widely sold today--have made Rumi the best-selling poet in the United States.

What's fascinating is where did this all come from? It's the 21st century and we're rolling in it and embracing it. If we position ourselves carefully, [we can say] now we're going to tell you where something you love came from.

I think it's obvious why people love his poetry. There's a line about Lawrence of Arabia when they ask him why he likes the desert, and he says 'because it's clean'. There's something profoundly 'gettable' about Rumi. You get it. And not only do you get it but it involves you.

Yes, because nothing says "gettable" better than having an American caucasian playing a revered Persian man from the 1200s.

Understandably, people are not happy, with the hashtag #RumiWasntWhite circulating social media; many pointing out the doubly-terrible fact of this news coinciding with the beginning of the Muslim holy month of Ramadan.

So they want a white man to play Rumi, a SUFI PERSIAN poet, but when they need a terrorist they find Muslim actors so easily #RumiWasntWhite
— Aayesha (@AayeshaJ) June 7, 2016

Leo DiCaprio as Persian Sufi poet Jalal ad-Din Muhammad Rumi is some SERIOUS BLEACHING if I wasn't fasting I'd have something to throw up
— shark wasangka (@liy) June 7, 2016