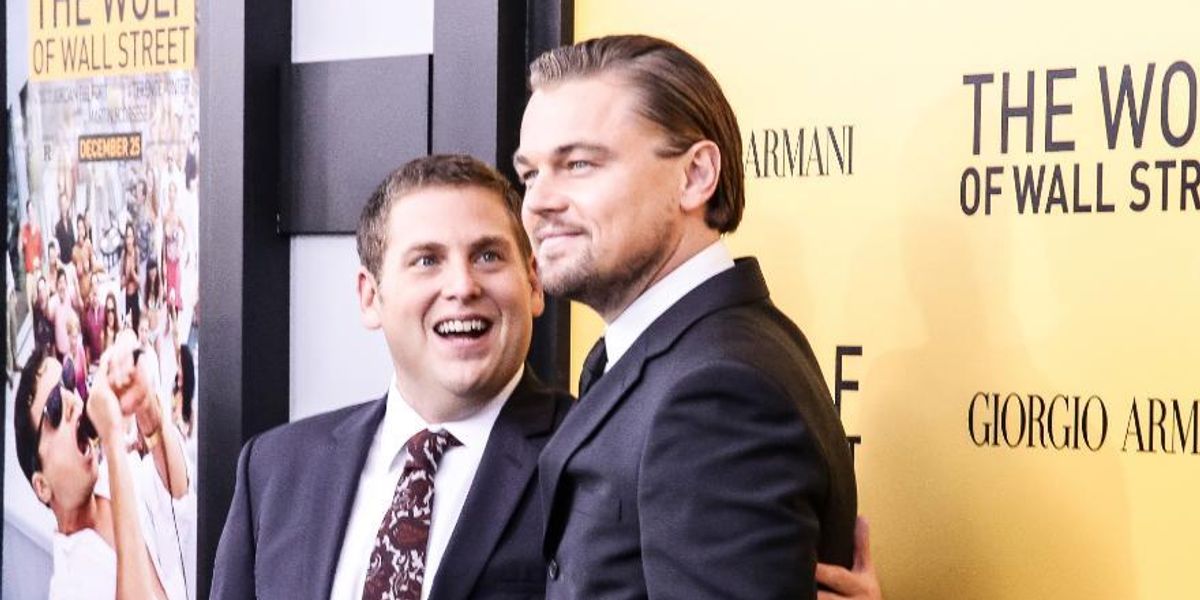 Yesterday, on the first day of August, in the two thousand and sixteenth year of our lord, Leonardo DiCaprio spotted his friend Jonah Hill on a New York City street, innocently listening to his headphones and lost in thought.


DiCaprio, seizing the moment to #PRANK, rushed up to an unsuspecting Hill with his phone out like an over-zealous fan, to which Hill, momentarily confused, recoiled in fear.

But, after a flash of of recognition, Hill realizes that it's just his friend Leonardo DiCaprio wearing sunglasses and a hat.

Later, Leo rode a Citi Bike around Manhattan, looking for victims, cunningly plotting his next trick.

He better not pull this shiz at his Hillary fundraiser.