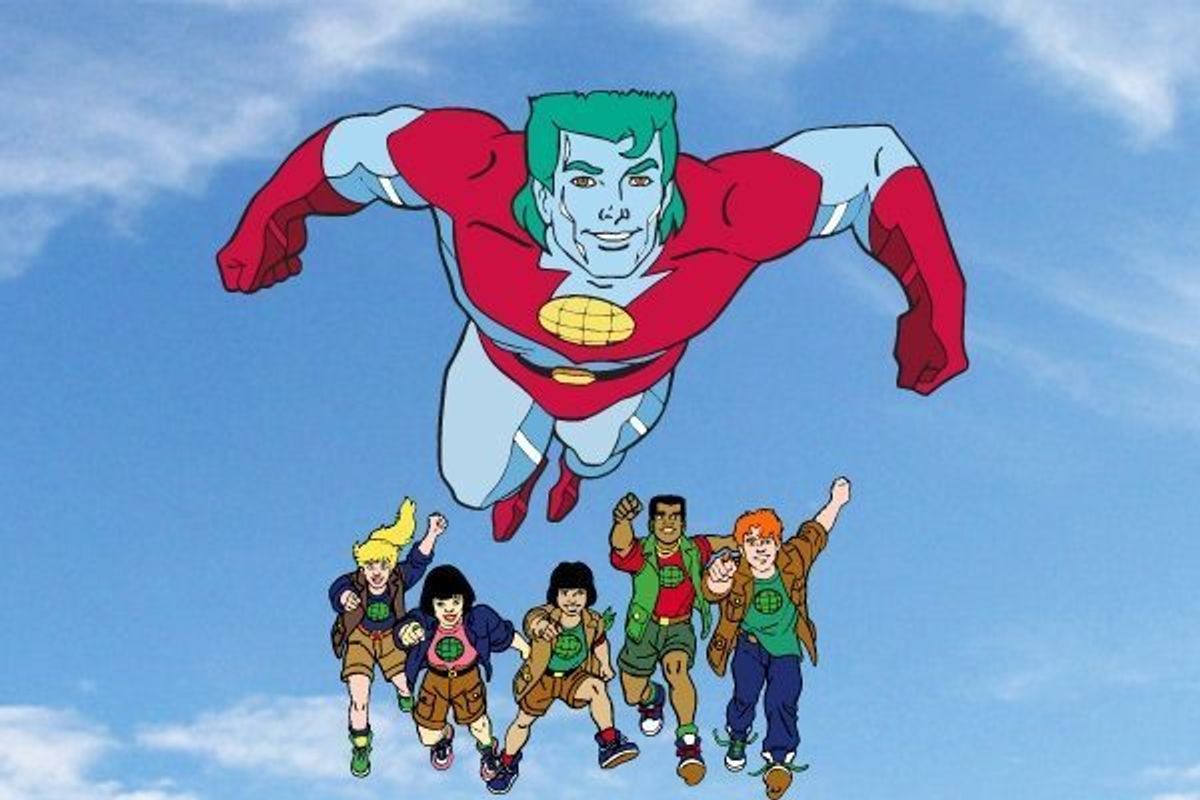 Environmentalist, Citibike aficionado, and gangster of love Leonardo Dicaprio has opened up a new front in his war against climate change: 90s nostalgia. The Hollywood Reporter revealed today that Leo and his production company are in talks to acquire the rights to 90s cartoon series Captain Planet and His Planeteers, and are pursuing Scream Queens writer and star Jono Matt for the script. In the original series, five international teens receive magical rings from Gaia (voiced by Whoopi Goldberg) that give them the power to control the elements, and the ability to summon superhero Captain Planet by combining their powers. If memory serves, their goal was to take pollution down to zero with a relentless campaign of litter-shaming and dolphin rescue.

The original was painfully earnest, but the remake is rumored to be more subversive in tone. Apparently this version would take place years after the original show, where Captain Planet is a "washed-up has-been who needs the kids more than they need him." Ok Hollywood, do what you gotta do I guess, but for the love of Gaia, keep that turquoise mullet.