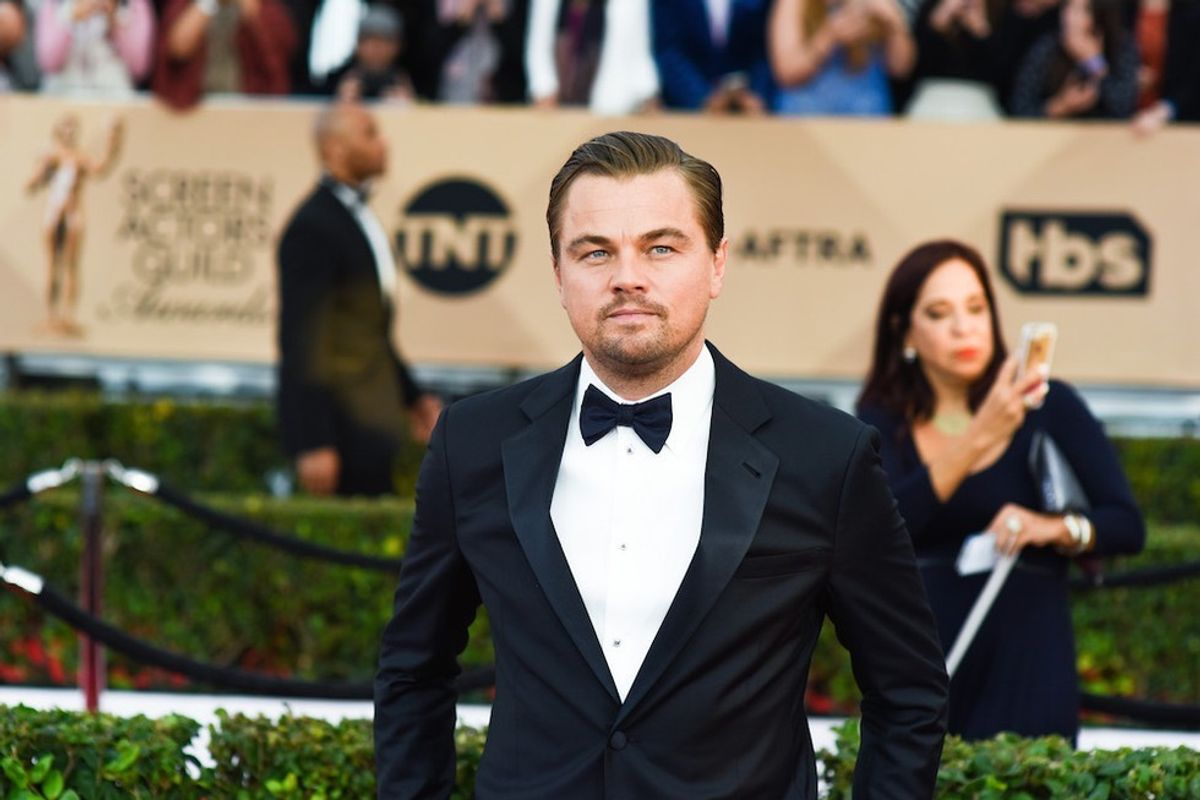 In fewer words: Leo is reportedly dating an a model by the name of Roxy Horner.

The UK native, who's previously dated British tabloid star Joey Essex, as well as Taio Cruz (lol), has apparently been "hanging" with Mr. DiCap for months.

The two met in the dusky splendor of Los An-hell-es a few years back, but Ms. Horner accompanied him to some revelry post-BAFTAs in February, and as recently as this week, were seen canoodling around London.

The common word being thrown around these rumors is that the duo is "serious," but let's take that with salt distilled from rising seawater, shall we?