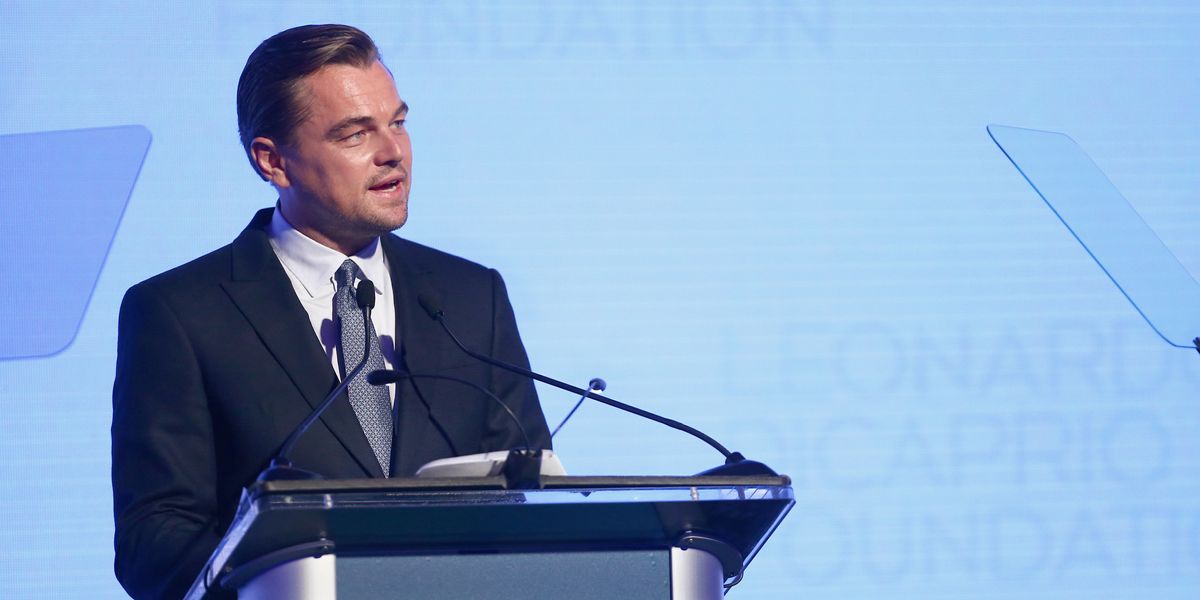 Maybe Leonardo DiCaprio Will Save the Amazon

Presumably in PR crisis mode after being humiliatingly dissed in a Taylor Swift song, Leonardo DiCaprio is pledging to help save the burning Amazon rain forest. Earth Alliance, which DiCaprio co-founded with philanthropists Laurene Powell Jobs and Brian Sheth will use a $5 million "emergency fund" to help fight the devastating fires and preserve Indigenous lands.

The money will be distributed to five Brazil-based organizations to fight the Amazon fires and provide affected communities with relief and support. Nearly 36,000 fires have ignited in the Brazilian Amazon over the past month alone, likely permanently changing its delicate ecology. Parts of the forest located in neighboring Bolivia are also under urgent threat. The two million square mile rain forest produces around 20 percent of the world's oxygen supply, and is inhabited by numerous Indigenous tribes, some of whom are uncontacted.

Leonardo DiCaprio is thankfully not the only person trying to put out the Amazon fires. Brazilian President Jair Bolsonaro has expressed little concern over the issue, and is generally thought to have encouraged illegal forest burning and land development, but even he succumbed to international pressure over the weekend by reportedly deploying some 44,000 soldiers to help. Speaking at the G-7 summit on Sunday, French President Emmanuel Macron said world leaders were working with the Brazilian government to put a coordinated fire-fighting plan into action.

Leonardo DiCaprio on Instagram: “#Regram #RG @chamiltonjames The real heroes of fires are of course the firefighters. In the Amazon they often work with nothing but…”

Leonardo DiCaprio on Instagram: “Yesterday, we launched the Amazon Forest Fund, the first initiative from the newly formed @EarthAlliance. The fund was set up to help local…”

An offshoot of the environmentally-focused Leonardo DiCaprio Foundation, Earth Alliance was formed in June of this year and "in response to a growing climate crisis and staggering loss of biodiversity threatening the stability of life on Earth." You can donate to its emergency Amazon fire fund here.