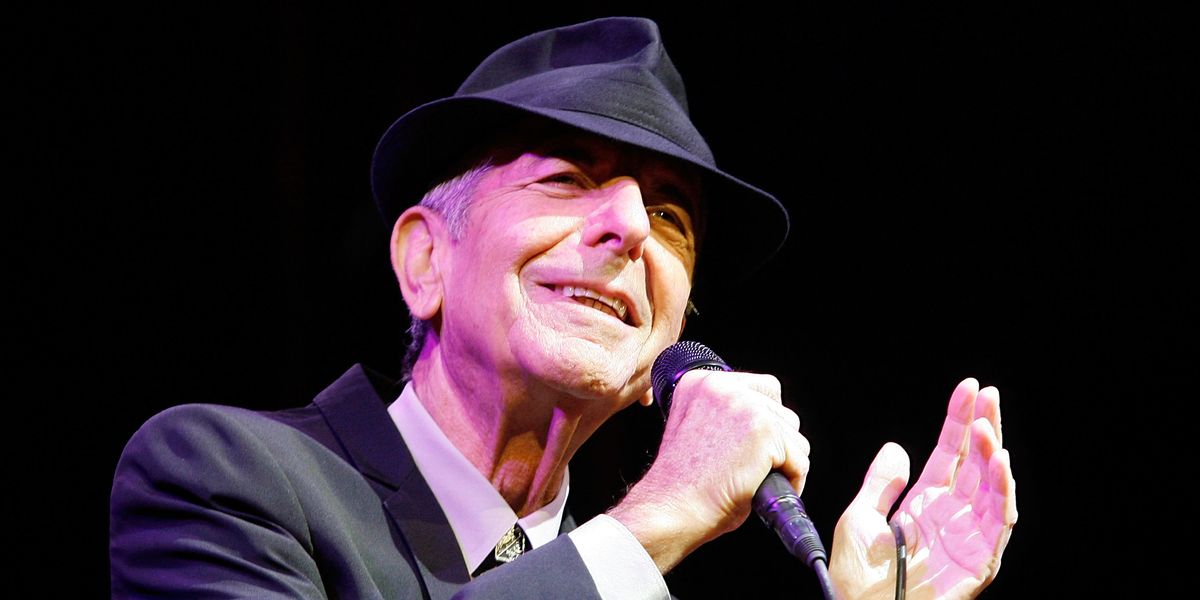 Nicki vs. Cardi. Lana vs. Kanye. Lana vs. Azealia. Now Leonard Cohen vs. Kanye. What do any of these recent celebrity beefs have in common? In a new twist of celebrity drama twisted into art, it appears the late Leonard Cohen once wrote an incendiary poem in 2015 about Kanye West, and it's only now seeing the light of day.

Related | Lana Del Rey to Azealia Banks: It's On Sight

"Kanye West Is Not Picasso" is from a recently released posthumous collection of poetry by Cohen called The Flame. The poem itself seems to challenge the spirit of male hubris surrounding notions of genius, specifically, Kanye's hubris. (Also is the poem's comparison of Kanye to Picasso a pre-The Life of Pablo reference and/or dig? Spooky).

Kanye, who regularly calls himself a genius, is one of several men Cohen mentions, including the aforementioned Pablo Picasso, Thomas Edison, Jay-Z and Bob Dylan. Lines like "I am the Kanye West Kanye West thinks he is," and, "I am the real Kanye West," are like a poet's version of "The Real Slim Shady" (which is its own kind of poetry to be sure).

It remains to be seen if Kanye will respond to Cohen's assertions (let's hope not). But in the off chance that the does, let's also hope it doesn't become something like this generation's version of the shade thrown between English Romantic poets John Keats and Lord Byron. Though, they were both alive when that went down.

Anyway! The Flame is out now via Farrar, Straus and Giroux. Cohen's son Adam recently revealed that a new posthumous album of his father's recordings is in the works. But the question remains: won't the real Kanye West please stand up?