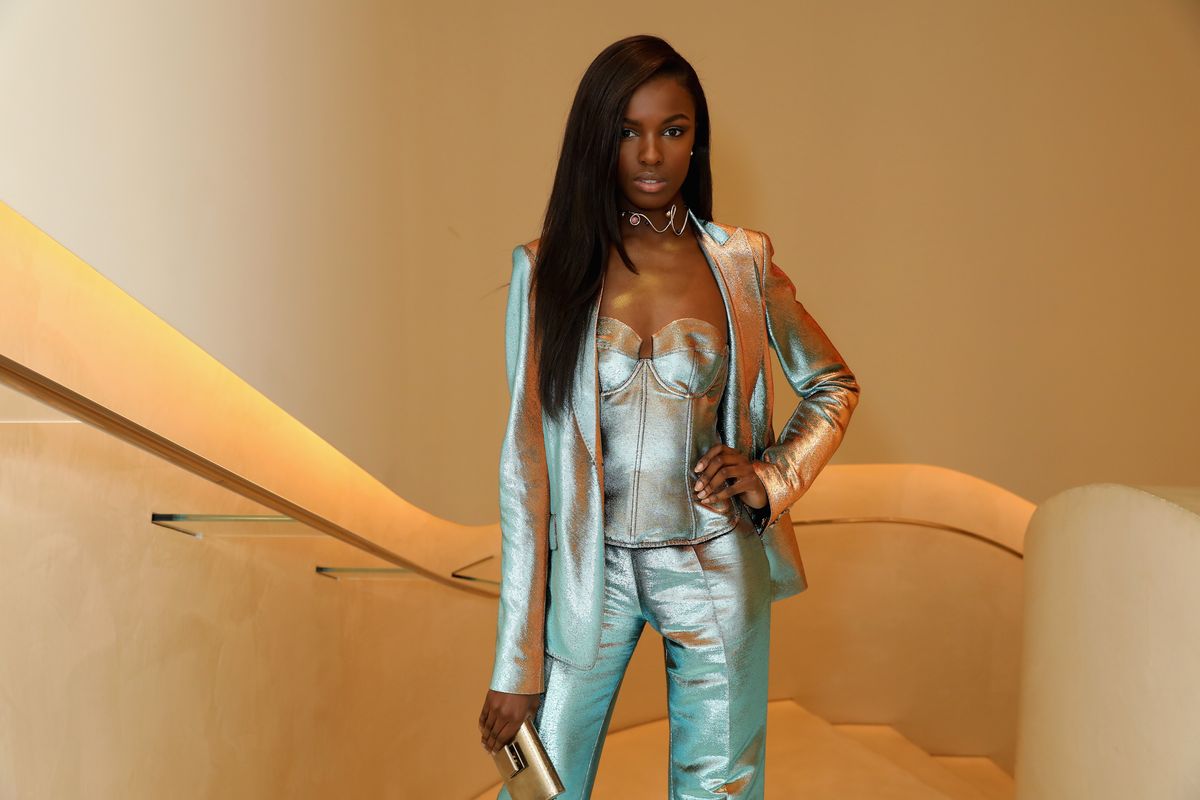 Model Leomie Anderson shared a story from London Fashion Week that though has been told by many models before her, still comes as an unwelcome surprise.

Anderson says she was dropped from a show by a designer during London Fashion Week (currently on its fourth day) because she's black. She wrote on Twitter that after being confirmed for a show, she was later dropped and told that "the designer doesn't feel like using more than one black girl." Anderson hasn't named the designer, but said she might if it would help stop future incidents from happening in the future to other models.

"He can't find anything for you, you can go" along with a tanned Brazilian model. Once he selected a mixed girl with curly hair the quota
— Leomie Anderson (@Leomie_Anderson) September 16, 2017

Anderson, who appeared on BBC Radio 4 this morning, says she was told that the designer in question "had nothing for her" and a tanned Brazilian model after a curly-haired, mixed race model was fitted before them. She alleges that this model filled the designer's quota for non-white models.

Incidents like this sadly aren't uncommon in an industry still coming to grips with a past that deified European beauty standards and embraced "diversity" only as necessary or beneficial to its bottom line. Anderson has called out a NYFW makeup artist in the past for not having foundation in her skin tone. This weekend, supermodel Jourdan Dunn took to Twitter about being discriminated against by a London club where she was throwing a fashion week event.

Clearly, there's a long way to go. Earlier this month, ahead of New York Fashion Week, major fashion conglomerates LVMH and Kerig put out a charter to their brands that banned the casting of underage and underweight models and put regulations into place regarding the treatment of models, including that they be fed and have privacy for undressing. However, the charter included no information regarding racial discrimination.