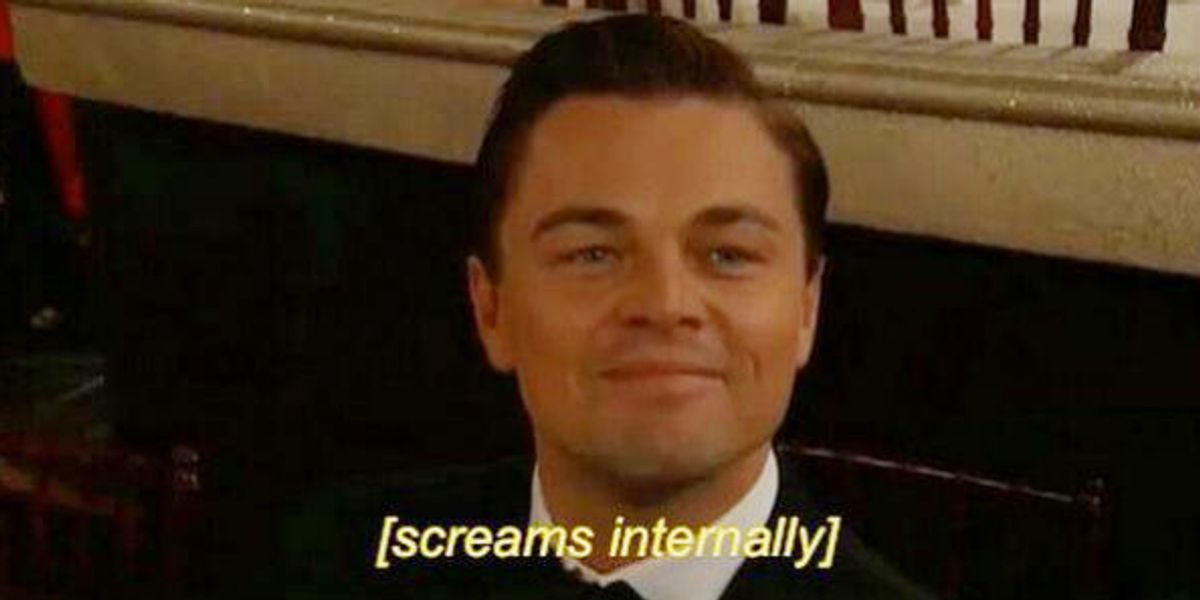 As our world continues to plunge itself into the ashen depths of hell, Leonardo DiCaprio and his current model girlf, Nina Agdal, were involved in a minor car crash in the Hamptons on Saturday.

Their Range Rover was rear-ended by a Mini Coop (lol) on the Montauk Highway; neither Leo-Nina nor the woman driving the nugget mobile were injured.

Witnesses say Leo immediately went to help Lady Mini-Coop, assisting her over the guardrail and waiting with her while she rested. The Hamptons Village police, whose probable daily tasks include getting white people in Sperrys who are stuck in trees, were phoned in by the Oscar-winner, and arrived at the scene promptly.

Page Six mentioned that after the cops took over, Leo was seen tending to Nina, "gently patting her on the cheek and reassuring her all was well."

I am in a fetal position.

If I rear-ended Leo's Range Rover, and saw it was him coming to check on me, I would immediately pretend to faint and have him carry me to safety, Marissa Cooper style.