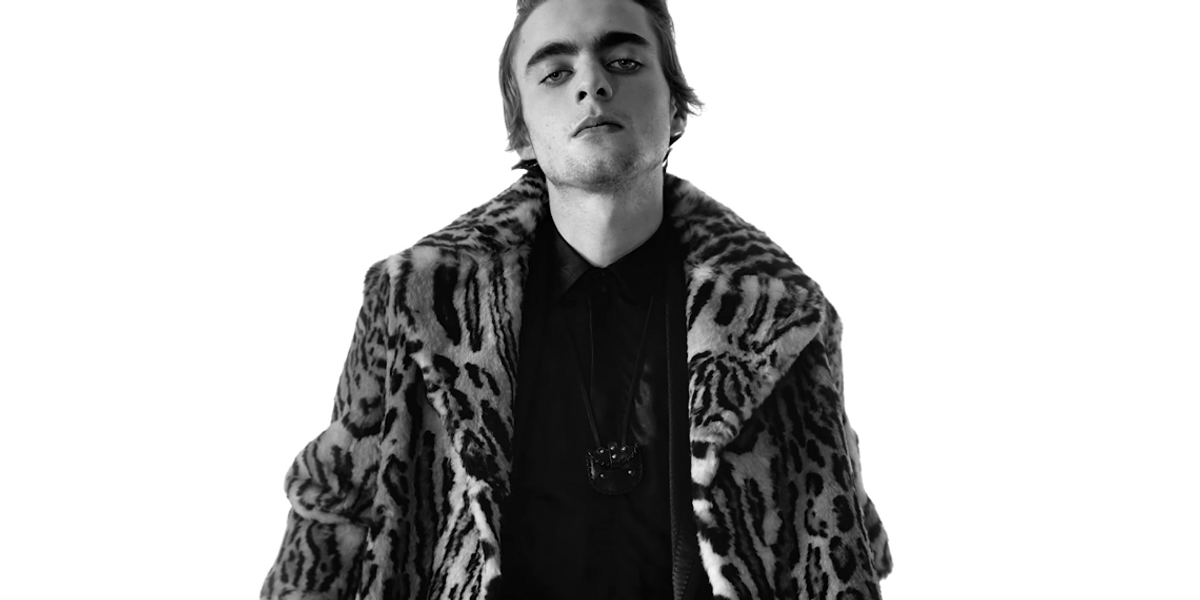 It can certainly be said that Lennon Gallagher, son of Oasis frontman Liam, is receiving a warm fashion-world welcome.

In case you missed it, the 18-year-old previously modeled for Burberry in their Fall '17 collection. However, his first appearance on Saint Laurent's runway was at the brand's Fall '18 show in Paris, and in a new video out today, Lennon has been named its latest muse.

The Parisian house is nothing if not committed to its gloriously wasted youthful rockstar aesthetic, and Gallagher is no exception. For a refresher, Saint Laurent was initially Yves, but became the former when creative director Hedi Slimane came on board and revived the brand with a decidedly avant-grunge take on sleek French fashion, hiring muses who were just as famous as they were infamous, in direct, rebellious contradiction of the brand's prior knack for elegant representation: Natalie Wood, Lee Radziwill and Catherine Deneuve were just a few examples. Past muses under Slimane's leadership include the likes of Sky Ferreira, Courtney Love, and indie rock musician Liza Thorn.

Slimane left Saint Laurent in 2016, moving on to revamp Phoebe Philo's Céline with men's and couture lines as its new artistic, creative, and image director; he was replaced by Anthony Vaccarrello.

Watch Lennon Gallagher posing, below, in a Velvet Underground soundtracked video by photographer David Sims that serves as his appointment announcement, and simultaneously builds hype for Saint Laurent's upcoming menswear show under Vaccarello's creative direction. That happens on June 6, and we hope Lennon takes a turn on that catwalk.