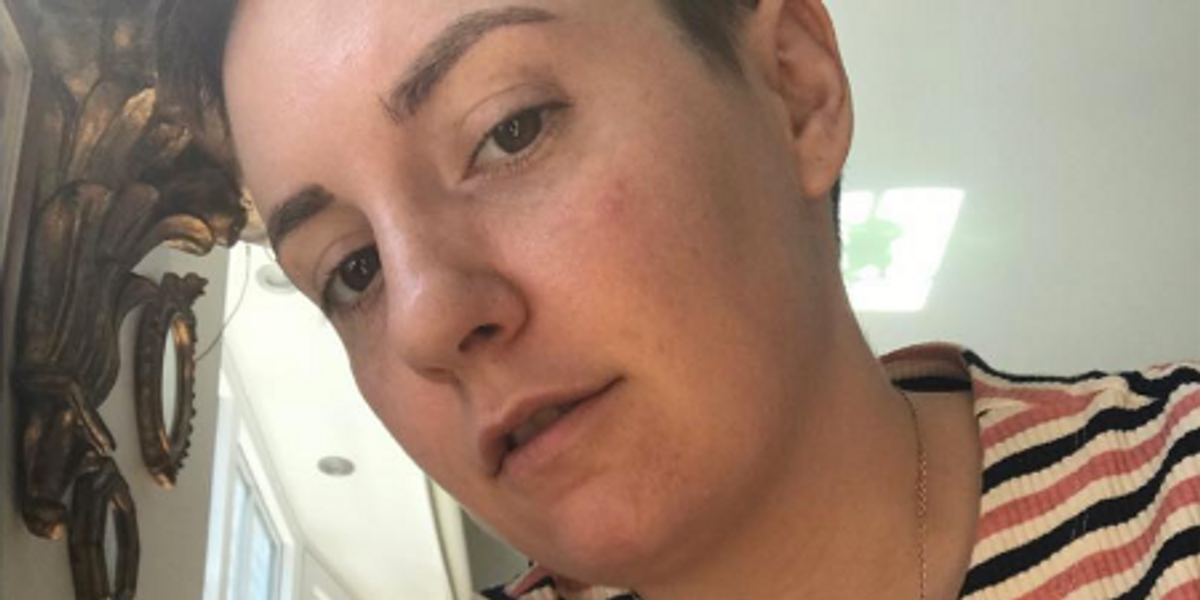 In a very emotional, perhaps unnecessary Instagram post (because she is an adult and is entitled to live her life without having to explain it to her millions of followers) Lena Dunham announced she is giving up her precious dogue of four years, Lamby.

"Honesty is my jam," Lena began, "but this one has been really heartbreaking to talk about...last March, after four years of challenging behavior and aggression that could not be treated with training or medication or consistent loving dog ownership, Lamby went to live at an amazing professional facility in Los Angeles."

She went on to explain that Lamby was a survivor of "terrible" abuse by former owners.

"Having him in a typical home environment dangerous to him and others — we needed to be responsible to ourselves, our neighbors and especially our beloved boy," Lena continued.

"There were so many lessons in it, about forgiving myself and loving with an open palm and giving in to a larger plan."

This seemed to incur the wrath of BARC, the shelter from which Lena adopted Lamby, who inserted themselves into the situation by reaching out to Yahoo! via email to clarify just how vetted Lamby had been before he was re-homed with Lena.

"If Lamby had a bad past or was abused, do you think BARC would have adopted him to Lena knowing she's a new star and put her — or the dog — in that situation?" wrote spokesperson Robert Vazquez. "We would have told her if the dog had issues. We are a no-kill shelter. We don't lie about the dogs' histories because that gets them returned — and mentally it's not good for dogs."

He also countered Lena's story that Lamby had had more than one owner before meeting Lena, particularly her claim the dog had been abused in multiple homes.

Lena responded, of course, in Instagram format, writing that she was confused as to why her journey with Lamby was "subject to scrutiny and anger."

"It's come to my attention that the staff at the shelter where I adopted Lamby have a very different account of his early life and behavioral issues than I do," she explained. "While I'm sorry to have disappointed them, I can't apologize. Lamby was and is one of the great loves of my life. When I met him I knew we'd have an amazing journey. But his aggression — which was unpredictable — and his particular issues, which remain myriad, weren't manageable, at least not by me."

"I did what I thought the best mother would do," she said. "Which was to give him a life that provided for his specific needs."

Just another day, another micro-scandal for this particular American bitch.