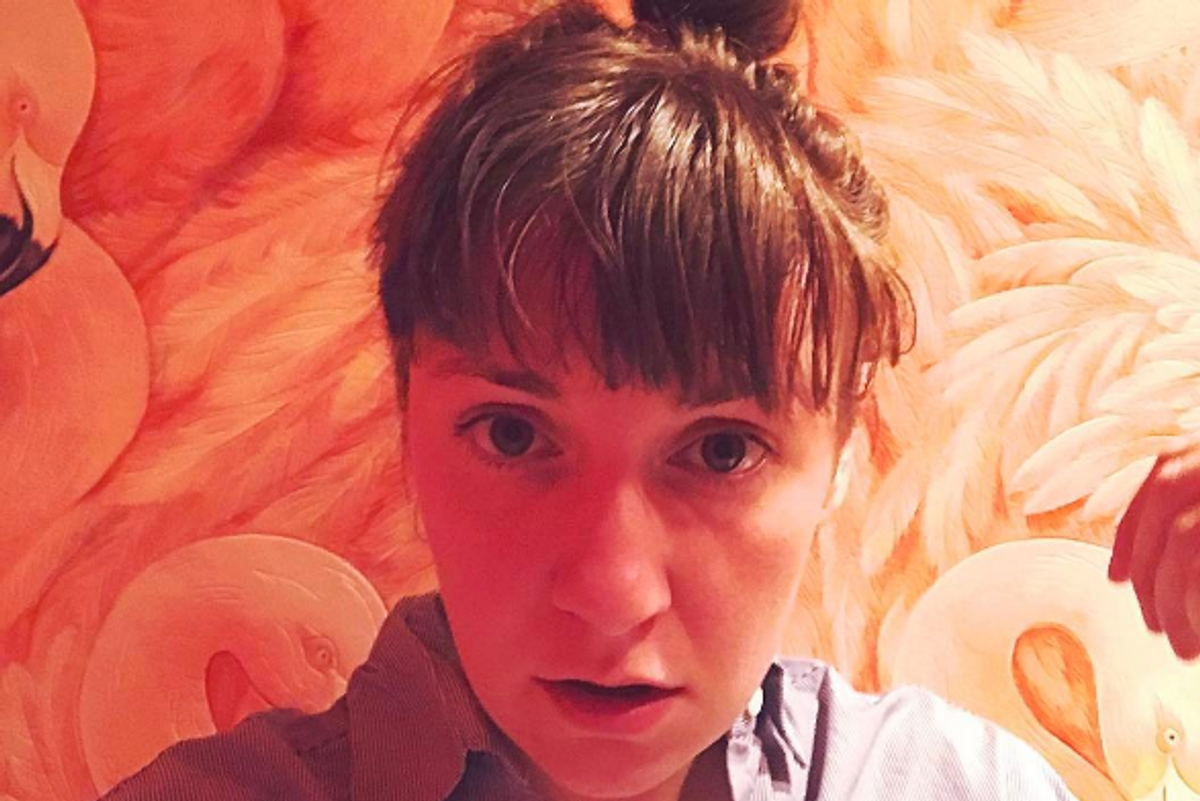 Lena Dunham is no stranger to comments on her size, but after critics branded the Girls creator a "hypocrite" as a result of her recent weight-loss she's realized there's no right way to be a woman in the entertainment industry.

The star, who famously favors nude scenes, has dealt with backlash regarding her body for years, forcing her to address the hate several times. After slimming down in 2017, which she claims is the result of stress of Trump's election, Dunham has once again faced heat due to her promotion of body-positivity. When asked about the criticism during an appearance on The Ellen Show, Lena said after six years being called "baby cow" the response was "crazy."

"...I spent six years of my career being called things like 'bag of milk' on the internet—'bag of milk,' 'baby cow,' 'aging cow.' I just never felt self-conscious about it," she said. "I was like, 'Anyone who is going to take the time to say something negative about my weight on the internet isn't someone I was particularly keen to impress anyway.'"

"Then I had this experience of my body changing. Suddenly I got all these people saying, 'You're a hypocrite. I thought you were body positive. I thought you were a person who embraced body types of all sizes,'" Dunham said. "I do. I just understand that bodies change. We live a long time. Things happen."

Most of the hate Dunham received stemmed from her endorsement of The Tracey Anderson Method last week, which she responded to in a thank you letter to Refinery 29 after the site posted an article explaining why the actress's body shouldn't be a talking point.

"...my weight loss isn't a triumph and it also isn't some sign I've finally given in to the voices of trolls. Because my body belongs to ME--at every phase, in every iteration, and whatever I'm doing with it, I'm not handing in my feminist card to anyone."