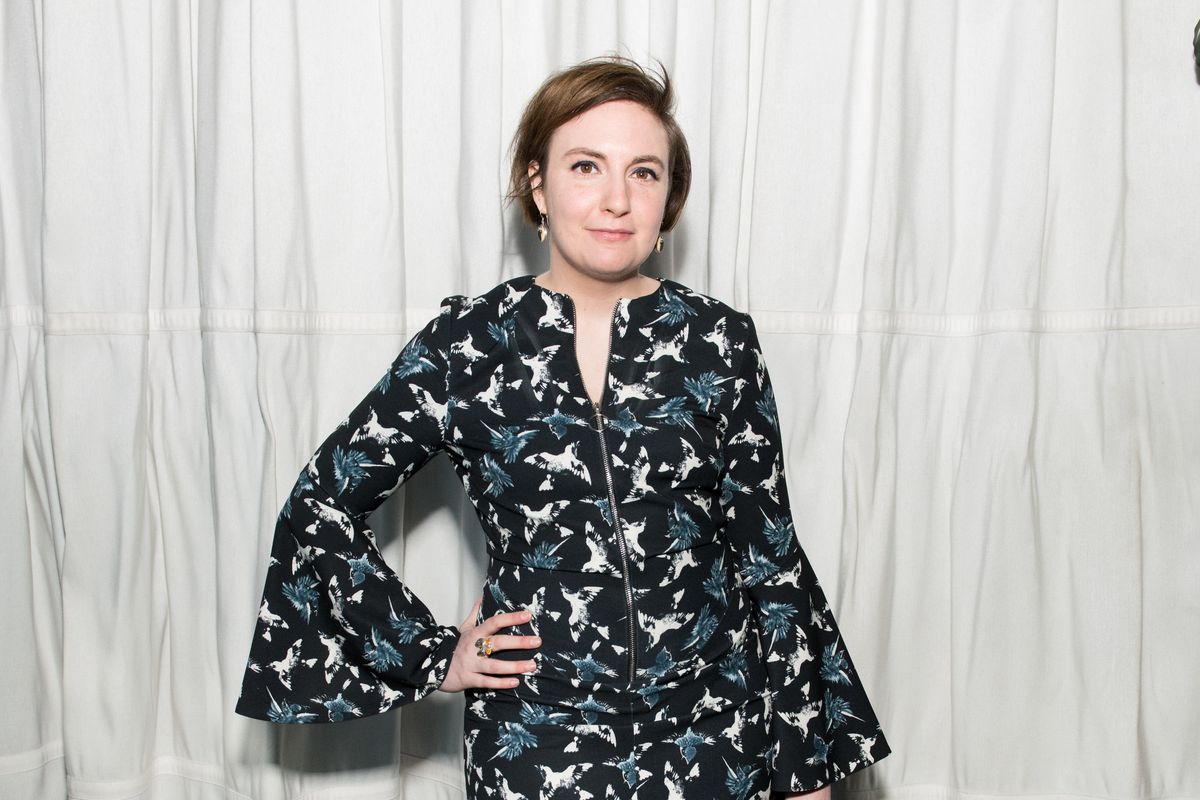 Reports have emerged this morning that Travis Scott, father to Stormi and boyfriend to Kylie Jenner, wants nothing to do with the Jordyn Woods drama. (To summarize: Woods allegedly hooked up with Khloe Kardashian's partner Tristan Thompson at a late-night house party, and has subsequently been blackballed by Jenner and the rest of her former BFF's famous family).

Scott, who has become close friends with Woods over the years, is apparently reluctant to get involved in the scandal. But there is another celebrity publicly taking sides: Lena Dunham, who has expressed sympathy for Woods' plight on Twitter.

"Can you imagine if who you'd made out with when you were 21 had massive public shaming consequences?" she asked. "When I was 21 I kissed my friend's crush in my bathroom during a dinner party. I was inexplicably wearing a dog leash. I stayed in bed for days feeling hot shame. That was enough of a consequence! Nobody slashed prices on my eyeliner brand or whatever."

Can you imagine if who you’d made out with when you were 21 had massive public shaming consequences?
— Lena Dunham (@Lena Dunham)1551209526.0

Dunham isn't exactly known for making salient points on social media, but this argument seems fair. I also made out with suspect people at 21, and also got a number of regrettable piercings. The eyeliner thing is a reference to the fact Jenner put her Jordyn x Kylie products on sale after the scandal broke. She and Woods are reportedly no longer on speaking terms; Woods has moved out of Kylie's guest house and back in with her mom.

Dunham added that while "the legal drinking age is 21," the legal going on TV age "should be 26." Sage advice, actually, but it comes too late. Woods will appear on Jada Pinkett Smith's Facebook Watch show Red Table Talk tomorrow, possibly violating her Keeping Up With the Kardashians NDA in the process.

Speaking of: Dunham clarified she has nothing against the Kardashians, who she "loves and respects." She just hopes Woods is okay.

Same! Hopefully we all know who the real scumbag is in this scenario: Tristan Thompson, who has already been spotted around New York City dating a new mystery woman.