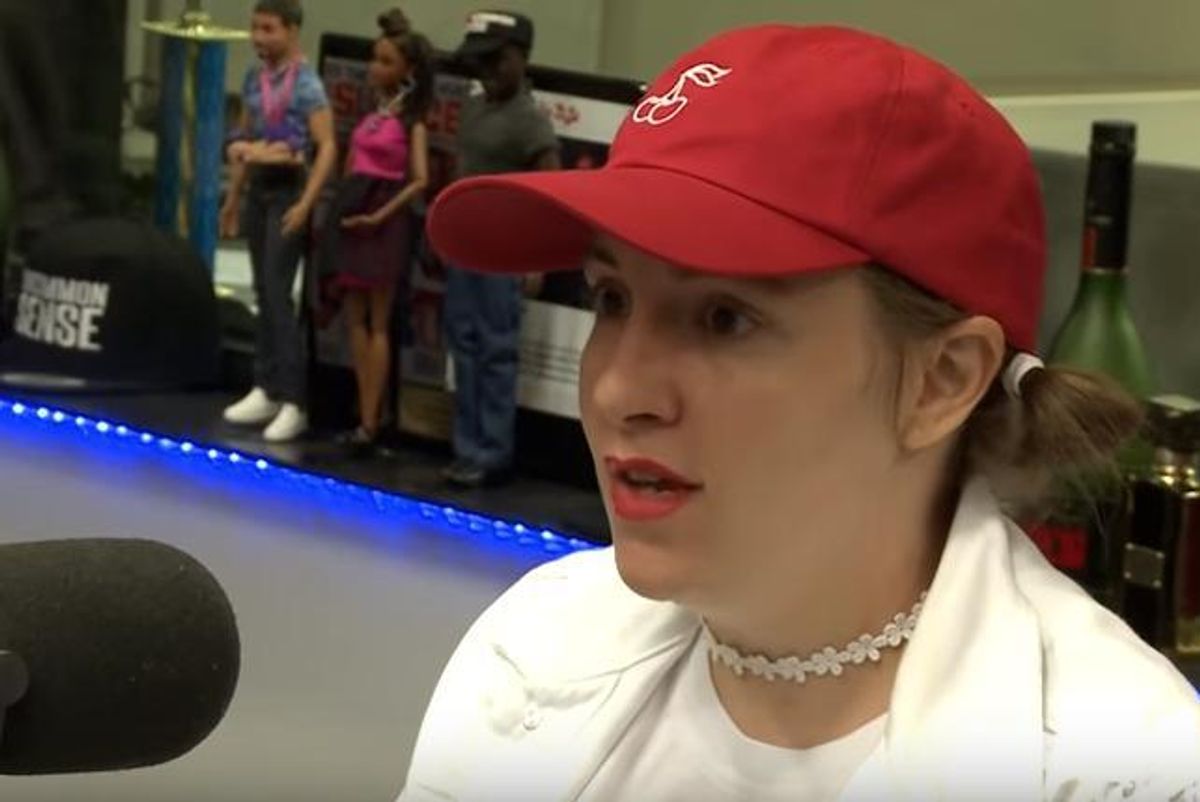 Lena Dunham appeared on iconic NYC radio show, "The Breakfast Club," to discuss her career and personal life. Naturally, the conversation led to the topics of intersectional feminism, and diversity on her HBO show Girls (or lack there of). Dunham, as always, was open and game to discuss her missteps, and how she's learning from them.

Pressed about the the years-long controversy of few characters of color on Girls, Dunham was asked if she's "making up" for it now, she admitted that she when she wrote the show at age 23, she was not "equipped" to handle the various issues she's since informed herself of, and learned about. Dunham praised women like Issa Rae, who are now having the opportunity to bring a voice to women of color on television:

(Issa's) voice needs to be on television. It doesn't need to be my voice telling the story of a black woman's New York experience, it needs to be Issa getting to go deep and go personal about what it feels like to be a young black woman dating in Los Angeles right now.

She also discussed the divide in feminism between white women and women of color.

"White feminists do not have a great history of carrying their black sisters along with them. I read a book about four years ago called Divided Sisters, about intersectional feminism, that really blew my mind open. It was written by a white woman and a black woman who are best friends, and it was talking about the experience of trying to connect about their feminism, and recognizing that it's not one-size fits all, and there are issues women of color deal with that white women have no idea. So even though white women can sometimes feel like a repressed minority, there's an entire sub-section of issues that we can't even relate to, like the sense that you have to be scared when your child leaves the house; the fact that people are assuming that you're not capable of doing a certain job."

Dunham credits friends and colleagues who've opened her mind up to these issues:

I'm not trying to brag, but I have some amazing friends who are enlightened, complex, beautiful, multifaceted black women who--it shouldn't be their job to educate me--but they've been there for me to have that dialogue, and I'm really blessed by that because I can't grow as a feminist, in my perspective if I'm not hearing all that feedback.

She mentioned how her site Lenny Letter (with Girls co-producer/creative partner Jenni Konner) is meant to give a platform to female voices from every pocket of society, and how she wants to keep their experiences separate "instead of trying to co-opt their stories [on Girls] so I have a cast that looks great on a poster. I never want to see another poster that's four white girls."

The actress/writer also discussed the backlash she faced following her questionable comments about Odell Beckham, Jr. at the Met Ball...

It was a great lesson to me in how your humor can be misconstrued. I just had this whole projected thought process of, like, Odell doesn't want to be sitting next to me, he doesn't want to be talking to me, he thinks I'm garbage, he thinks I look like a boy. So I thought all of that was coming across, but it seemed like I was actually accusing him of some kind of misogyny. Especially at this moment in history, we have to be hyper-vigilant about the way that we depict each other because of how much darkness and tension exists in this Trump-ified world.