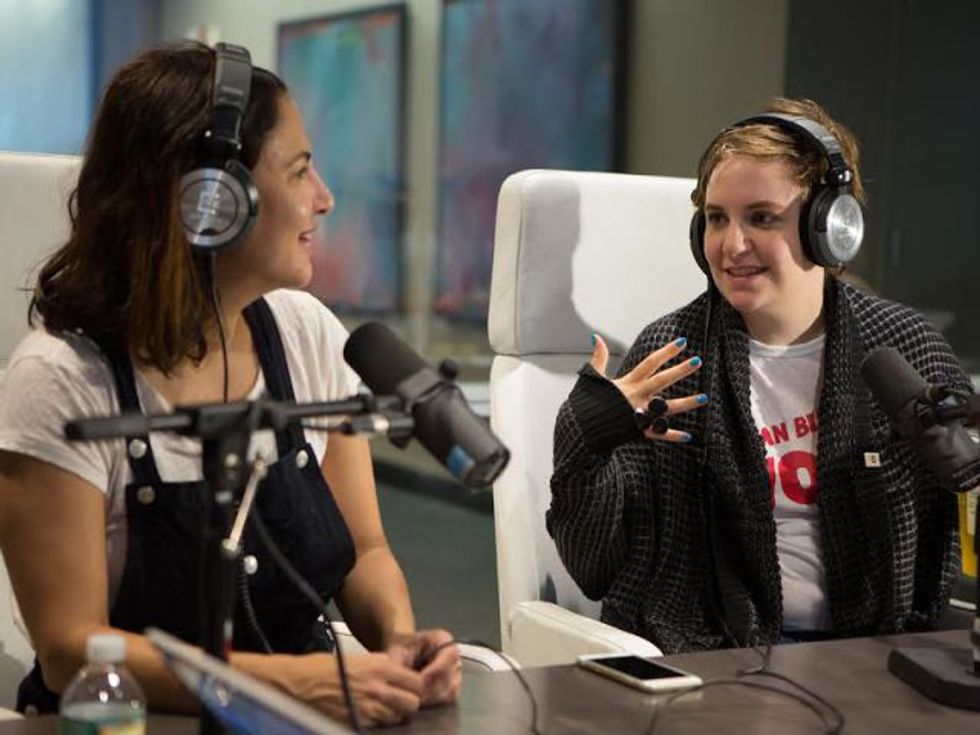 by Eric Thurm
PAPERMAG
In a podcast interview with Re/code's Kara Swisher, Lena Dunham says she's given up tweeting herself, instead having someone else do it to avoid encountering the "verbal abuse" in her mentions. That's reasonable -- it must be nice to have someone projecting your presence on social media without having to engage with the (often deeply unjustified, vitriolic) response. But then, she goes on to say she's stopped reading Jezebel and Gawker, because it would be like going back to a husband who hit her.

"It's like, it's literally if I read it it's like going back to a husband who beat me in the face -- it just doesn't make any sense."

In one respect, this is the logical extension of a long-standing beef with both sites. But it's also a pretty tone-deaf comparison for... well, a lot of reasons. Getting criticized for this sort of comment is, presumably, exactly the sort of reason why Lena Dunham has quit most of the internet -- but not finding engaging with a particular set of critics to be productive is different from finding them to be evil, or worthy of being compared to a violent partner.
Maybe a more appropriate comparison would be just an emotionally exhausting ex... but where would she have found any of those? Especially since, in other Dunham news, she told Elvis Duran that the sixth season of Girls would likely be its last, having consumed most of her 20s.
You May Also Like
Fashion