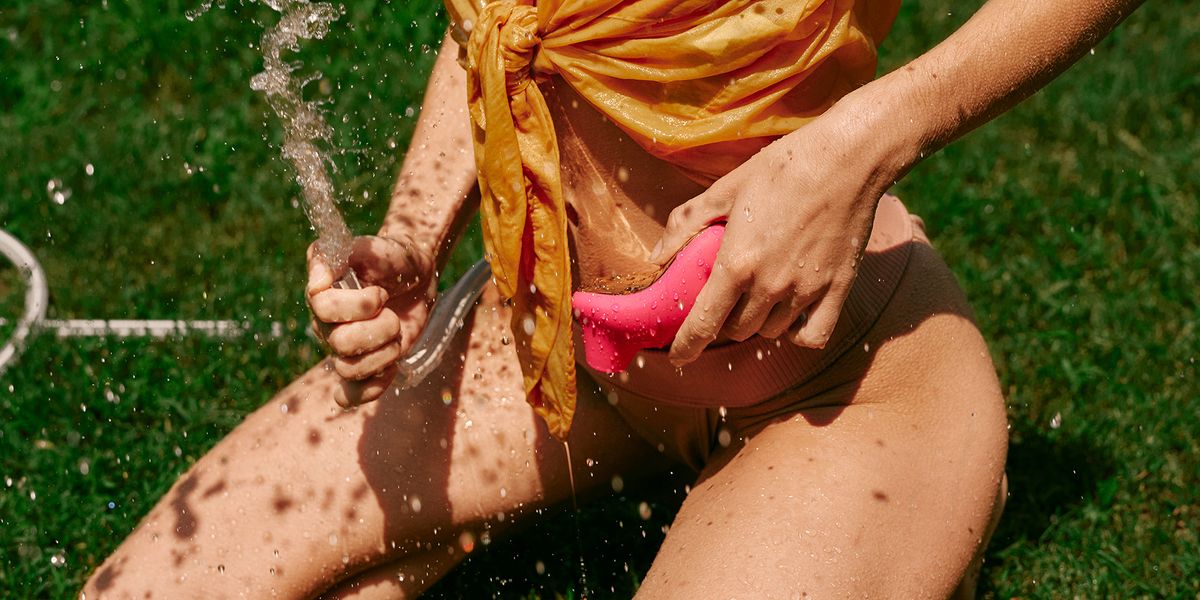 This article is a sponsored collaboration between LELO and PAPER

Thanks to our culture's sexist obsession with penetrative sex and a dearth of research surrounding female anatomy, it's no secret that women have been forced to deal with a lifetime's worth of bad intel about our ability to orgasm. And while there's an almost endless amount of eye roll-inducing myths attached to women's pleasure, arguably, one of the worst misconceptions is that women can't have multiple orgasms — mostly, because it's completely untrue.

Whether we're talking about one sex session or experiencing several orgasms in a short period of time, the fact of the matter is that some studies show over half of women are able to have back-to-back orgasms. However, this amazing tidbit tends to get glossed over when we've all been brainwashed into believing that inserting something in our vaginas is the best and/or only way to experience pleasure.

But the truth is that reaching the point of multiple orgasms (if you orgasm at all) actually requires a much more holistic approach. If you're unsure of where to start, the good news is that all you need are the right tools and a little bit of foresight — which is where LELO's all-new Pleasure Pack comes in.

As part of their push to bridge the orgasm gap, the luxury sex toy brand is currently selling a bundle of three premium toys — including their Beads Plus, Smart Wand 2 and Sona 2 products — to help with every part of the process.

Another great tool for multiple orgasm-inducing foreplay is something like LELO's Beads Plus product, which are two weighted balls that are inserted into the vagina and basically enhance the sensation of whatever else it is you're doing. So while the beads won't induce an orgasm by themselves, inserting them in anticipation of intercourse or using them alongside another toy can make for an extremely arousing experience. And, if you're feeling bold, you can even discreetly wear them out on your next date night as your own titillating little secret. Though, if you're anything like us, you'll probably end up skipping dessert and heading straight to the bedroom with one of these guys in.

That's not the only thing these handy beads can be used for, as they also serve a dual purpose when it comes to pre-sex preparation. If you've always wondered how you can strengthen, lengthen and make achieving multiple orgasms easier, look no further than kegels. An exercise that works by toning your pelvic floor muscles and strengthening the elasticity of your vagina, kegels create strong vaginal muscles, which equals stronger contractions and intensified sexual sensations. Granted, getting the hang of kegel exercises can be a little tricky at first, so using a high-tech tool like the Beads Plus — which will guide you through the process — can be a game-changer.

So while it may take some time, preparation and concerted practice, armed with the facts and tools like LELO's Pleasure Pack, there's plenty you can do to take control of your own orgasms — and, hopefully, discover that achieving them back-to-back isn't as hard as everyone always made it out to be. After all, contrary to whatever some stuffy old adage may say, less isn't always more, and the proof is in the orgasm.