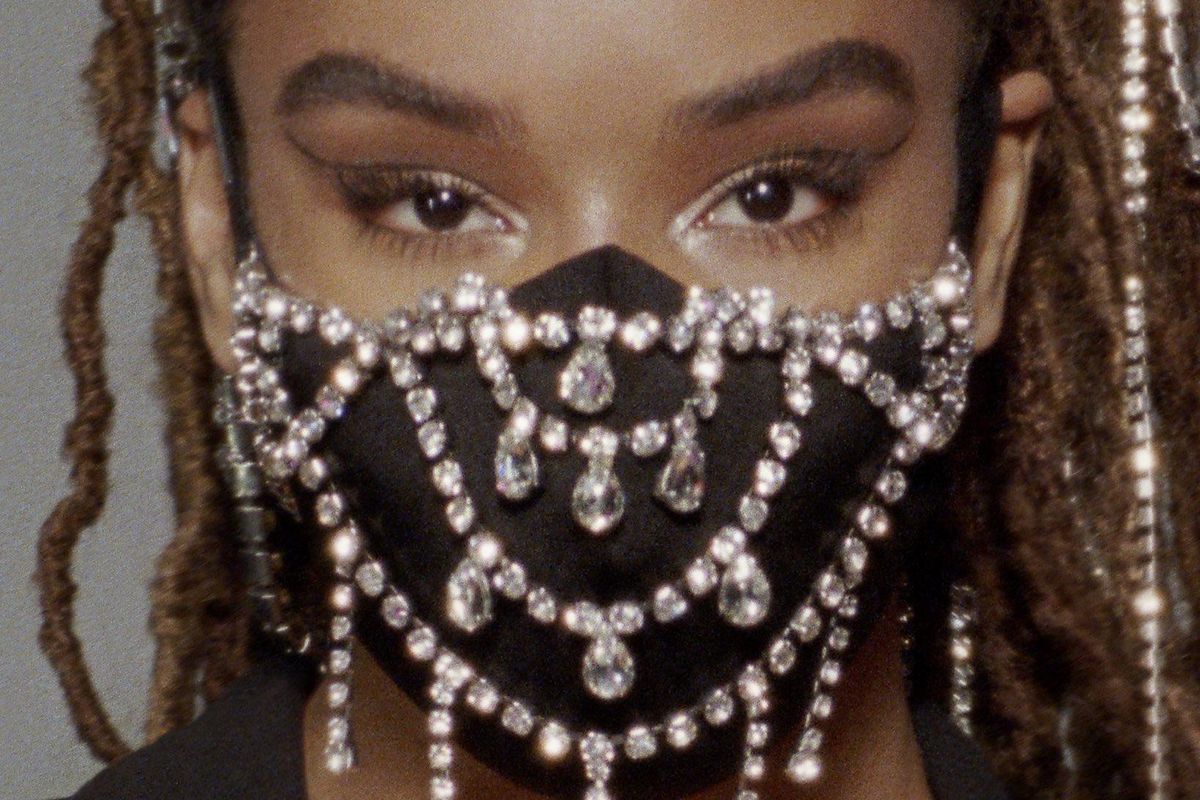 Few brands are so synonymous with crystals as AREA, the indie NYC label which has been manipulating the glittering material to dazzling effect since its founding in 2014. But after a year that saw basically everyone question the entire fashion system, the brand decided to shake things up considerably in 2021 (haven't we all tried to rebrand at some point?).

Related | AREA Dazzles in the Desert

And that's where Leiomy Maldonado, AKA the Wonder Woman of Vogue comes in. The transgender Afro-Puerto Rican ballroom dancer and activist was chosen to star in AREA's new video promoting the launch of its Ready-To-Wear 01 collection — the first under its newly restructured see-now-buy-now business model — which bows today on its revamped e-commerce site.

Leiomy, who has appeared in Pose and is a judge on HBO Max's Legendary, shows off the brand's crystal teardrop face mask and crystal halter bodysuit in the choreographed video set to ballroom DJ Byrell the Great's "Funny Munny." The dancer, who's worked with everyone from Willow Smith to Icona Pop, was a member of the dance troupe Vogue Evolution and was the first openly transgender woman to appear in MTV's America's Best Dance Crew.

The move comes just a few months after Paris-based fashion house Lanvin announced an ongoing partnership with The House of Xclusive-Lanvin, signaling the potential for more brands to partner with the ballroom community in meaningful and visible ways.

Oh, and Area is also launching couture! According to Vogue, the brand will debut its first couture offering on January 28 to coincide with the haute couture shows taking place in Paris that week. In the meantime, you can head over to AREA.NYC to check out their Ready-To-Wear 01 collection.