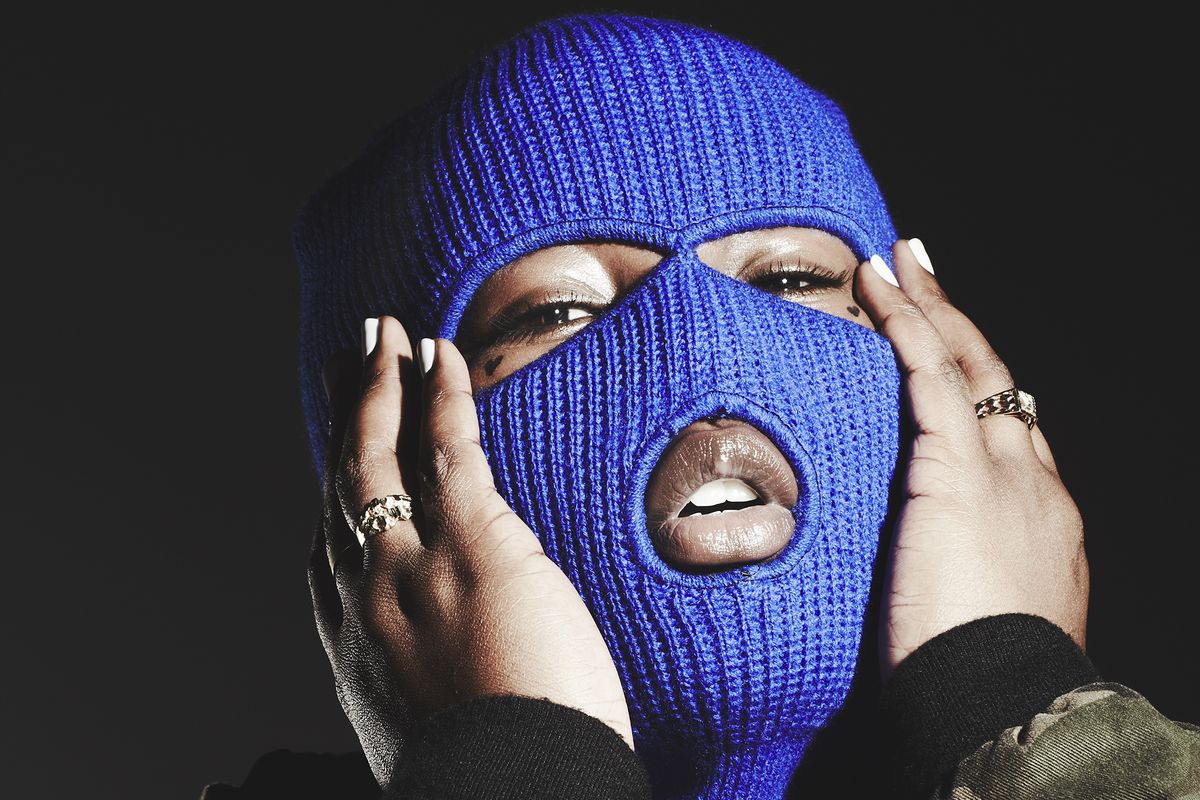 Leikeli47: The Enigmatic Masked Rapper Tells Us How She Uses Music As Survival

"Anything I do, I do it even if I'm afraid. That's my mantra," declares Leikeli47, her pensive eyes peering out through the holes of a black balaclava as she flashes a gun-shaped gold ring on her finger. For someone who wears a face cover and camouflage jacket, the Brooklyn-born rapper (known as 47 for short) is far from intimidating. She's petite -- barely 5'3" -- and has a bubbly personality, though she is reticent to reveal most things about herself, age and real name included. She kicks back on a black swivel chair in a Los Angeles studio and declares, "I never let fear hinder me. If I did, I wouldn't be here. I've been told no. I have been overlooked. If I'm going to jump out a window, I don't care how I land. I'm going to jump."

This no-fear attitude is the root cause of her burgeoning success. Even Jay Z thinks she is one to watch; the megastar added 47's 2014 song "Fuck the Summer Up" to his Tidal playlist. Her next single "Money," a minimalist gem consisting of little more than bassline, drum machine, cooing vocal hook and 47's rapid-fire boasting, will be released next month. With three mixtapes (Leikeli47 Parts I, II and III) already under her belt, she's hard at work on her as-yet-untitled debut album via Hard Cover/RCA. The album is a paean to her perseverance in the face of major difficulties. For example, she feels that because she grew up without her parents in her life, she's been able to use hardships and obstacles to fuel her creativity. "When you come up in the hood where I'm from, that [challenge] is your box of crayons," she says. "I learned to take those things and turn them into the beautiful, vivid and dope picture you see today. I never let my past get me down." 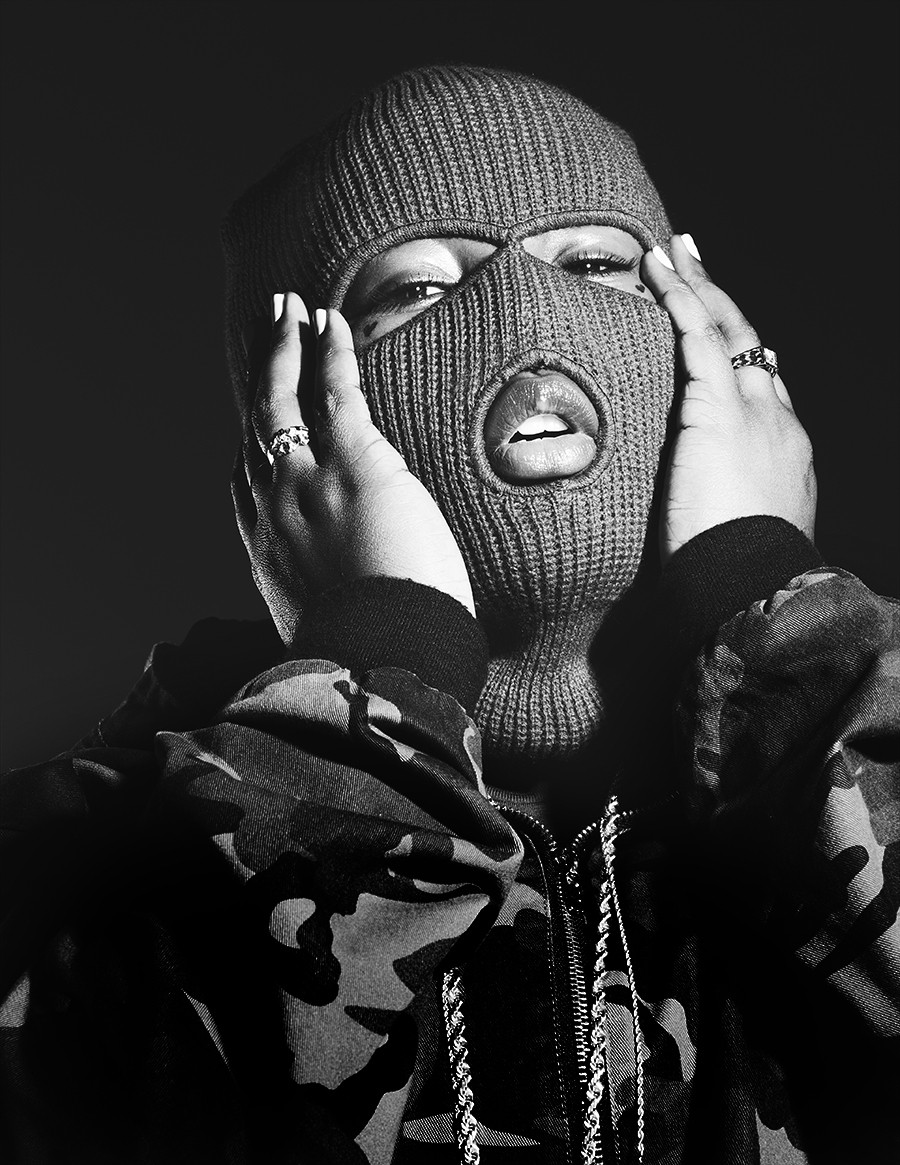 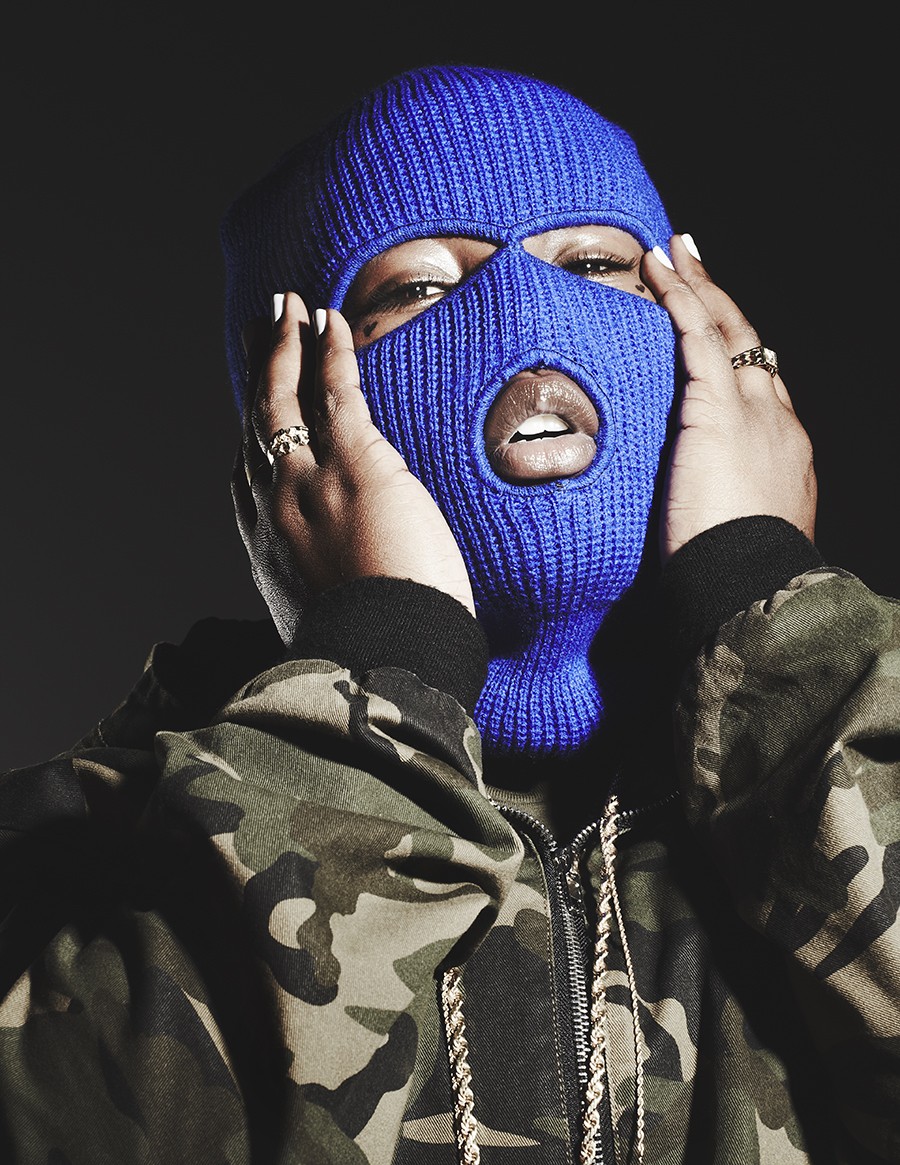 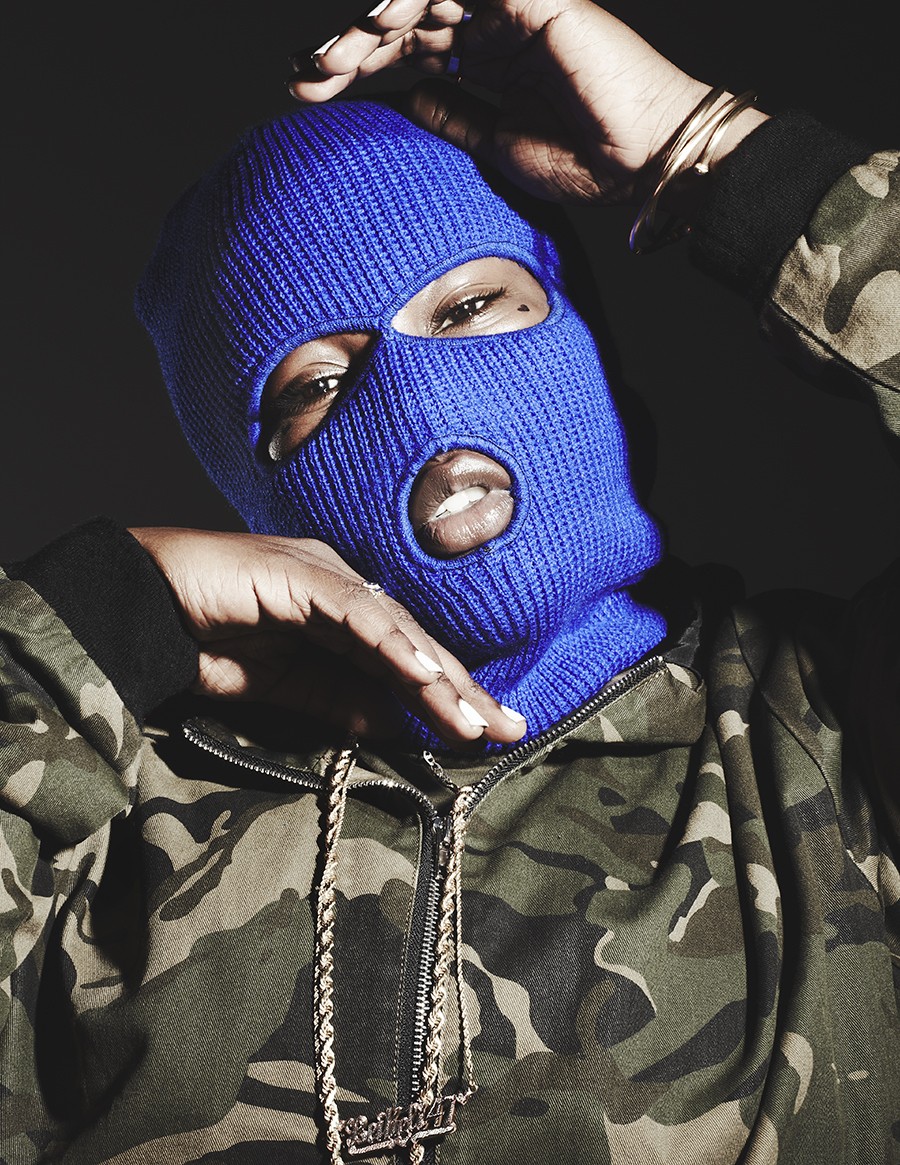 You've described yourself as a loner growing up. Why?

It's the truth. I was a loner. I grew up with not a lot. I always had music, sounds and color. I was pretty much a quiet kid. I would often create by myself, because I was shy and nervous. You don't know how people are going to take what you say at face value. It always sounded better in my head. Eventually, I found my way, and here I am. Thank God. My survival was studying Nas. That was it for me. I was going to write my way out of it and imagine my way out of it.

Were you bullied a lot?

Well, you know, we'll talk about that at another time. I will say this: I'm totally against bullying. I hate bullies. For anyone out there who has ever been bullied, stay strong, stay true and find your support system -- whether your support system is your parents or friends or maybe it's just a gift you have inside. Drown yourself in your passion. Fuck the haters.

You faced some rough challenges growing up, like not having parents around and moving from place to place. Was that difficult for you?

My grandparents raised me. My parents weren't around. I was a kid who bounced around from household to household. It's taken me here, there and everywhere. It doesn't mean it's the end of the world. That's very common in a black household, but it is what it is. I don't beat myself up over it. I'm cool and blessed and highly favored. I'm not my problems or my past. I'm just here as a vessel and to just have fun. We live in a world of chaos, and right now we need peace and love. I just want to paint a dope picture for us to dance to. We can think while we are dancing and have some fun. I didn't have my biological father growing up, but I had black men around me who made sure I knew myself first and I was taken care of. They made sure I was behind a microphone and not in the streets somewhere.

It has been a fun and colorful process. It's very enlightening. I work very closely with songwriter Harold Lilly, and I'm just learning day by day and hour by hour to be a better person, better businesswoman, better writer and a better artist. You never know it all. I love to learn and love to get better. I'm learning about new songs, new scales and new people to study. It's great. Inspiration can hit you anywhere. I don't know if you noticed there are all these wood beams in here. When we leave here, I'm probably going to make this beat. I know it sounds weird. This place is a sound. This is a new song. It's something. It happens just like that.

Tell us about your new track, “Money."

Well, when you hear “Money," you think it's about that -- money, yen, dinero. It's about how you get the money and the hard work you put it to get there. It's about waking up at 6 a.m. and getting in those early verses or getting in that gym. It's the training and what gets you to that. Honestly, that's money. It's not the actual currency. It's the grind. It's your passion. That's what “Money" is about.

Do you ever experience any negativity being a female in a male-dominated hip-hop community?

I think it's all what you choose to respond to and choose to look at. I choose to look at the positive instead of the negative we have to face as women. Fights and struggles, we always going to have that -- but man, if we didn't have some awesome, strong women killing shit and having kids and being a wife, man…

Why do you wear a mask?

I don't wear a mask. I have no idea what you are talking about [laughs]. I wear it everywhere except for the post office, the DMV, the airport and the bank. It does wonders for my skin, especially the ski mask. I don't look too crazy. Honestly, even if I do, I don't care. With the mask on, nobody knows me. Without the mask on, nobody knows me. I wish I could give everyone the mask. Throw them out. Get in a few helicopters and a few planes and drop the mask on and say what you think? What are you going to see? Each other. That is what the mask does for me.

Is it hard for you to get on stage being so shy?

I'm always so nervous before I perform. Catch me right before a show, I'm in the corner — I'm quiet, my palms sweaty [starts rapping Eminem], I just do what I have to do. The mask helps me to open up and talk to people. I wouldn't be able to talk to you without it. It's so weird. I am the total opposite of what you are seeing. Sometimes I wish I could be the life of the party, but I'm so damn boring. I'm not a prude, and I want to have fun, and I have fun by myself. A day out with me would be going to Chick-fil-A. That's my entertainment. Then I go back to the studio, chill out and get back on stage.

Do you ever worry that someone may expose your identity?

I don't care. I can only write my story. No matter who comes in and thinks they can do whatever. My story is already written. God has already ordered my steps, and if they come in and think they doing anything, that will open up a new chapter and new music. It's an ongoing process. That art will never die, no matter if the mask is on or off. I am going to tell my story, and I will let you know who I am, regardless of what. You got to survive by any means necessary. My survival is my music and pressing play.