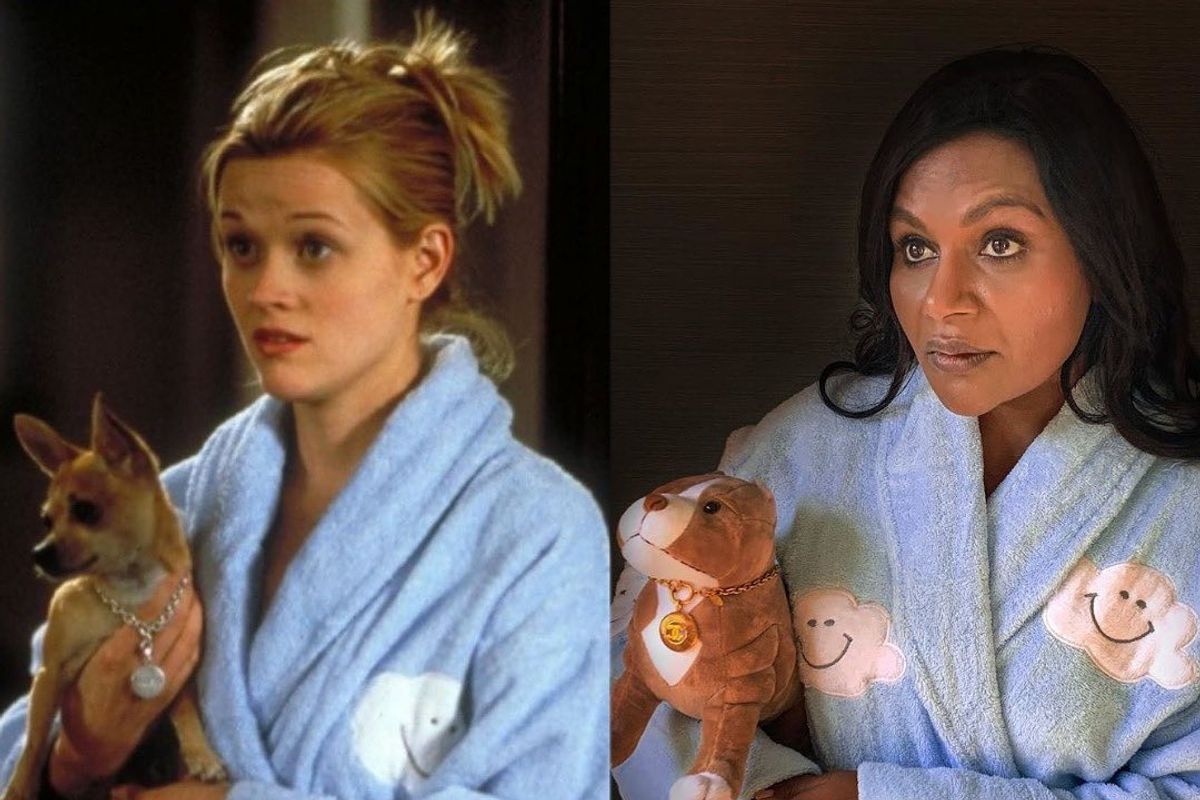 'Legally Blonde 3' Is Officially in the Works

It has been nearly 19 years since the release of Legally Blonde and 17 since the sequel, which means that we are long overdue for a third installment. Luckily, for fans of Gemini vegetarians Elle and Bruiser Woods, it looks as though the threequel is only a bend and snap away.

Late Night writer and comedienne Mindy Kaling and Brooklyn Nine-Nine co-creator Dan Goor are teaming up as the writing duo for Legally Blonde 3. The two will partner with studio MGM and Reese Witherspoon's production company, Hello Sunshine, to create the script for the Harvard graduate's next adventure.

So excited to be reunited with my friends @ReeseW, Lauren Neustadter and @djgoor to work on this movie. Elle Woods… https://t.co/BktHAf1nka
— Mindy Kaling (@Mindy Kaling)1589901926.0

Kaling and Goor are not new to the writers' room; this is the pair's second feature, with the first being an unnamed comedy starring Kaling and Priyanka Chopra, which was purchased by Universal in early 2019.

Legally Blonde 3 was announced two years ago, with Witherspoon set to reprise her role as Woods and most of the original creative team returning for the sequel. Witherspoon ecstatically shared the news online, writing of the partnership with Kaling and Goor, "Some things are just meant to be!... This is #ElleWoodsApproved!"

Kirsten "Kiwi" Smith and Karen McCullah, the first film's co-writers, were set to pen the new script in that announcement. There is no word as to why they left the project, but Kaling and Goor are creating a "new fresh spin," according to Deadline.

Exactly one week ago, I posted this homage to Elle Woods as my law school announcement. Today, it was announced tha… https://t.co/p47dC7MkgC
— Ashley Nkadi (@Ashley Nkadi)1589904681.0

the news about Legally Blonde 3 finding its writers and Reese coming back as Elle Woods has honestly been the highlight of my year.
— isabel (@isabel)1589908720.0