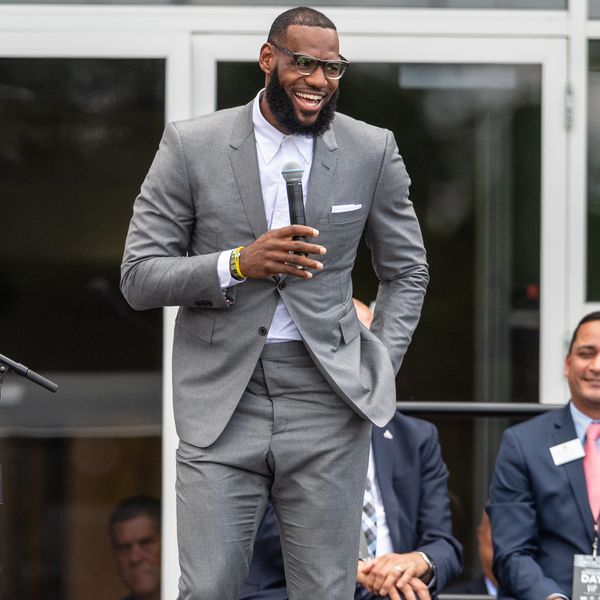 LeBron James, perhaps better known as King, has a new project underway: he's producing a three-part docu-series for Showtime. As Deadline reports, the show will focus on "the changing role of athletes in our fraught cultural and political environment, through the lens of the NBA." And the name is brilliant, a continuation of James's successful dunking on the MAGA crowd: the series is titled Shut Up and Dribble.

Back in February, James gave an interview to ESPN where he discussed race and President Trump. In response, Fox News pundit Laura Ingraham said that "It's always unwise to seek political advice from someone who gets paid $100 million a year to bounce a ball. Keep the political comments to yourselves... Shut up and dribble."

James, who now gets $153.3 million to bounce a ball, has frequently drawn the ire of President Trump and various right-wingers. Just three days ago, Trump tweeted about James' CNN interview with Don Lemon. "Lebron James was just interviewed by the dumbest man on television, Don Lemon. He made Lebron look smart, which isn't easy to do. I like Mike!"

The subject of the interview? The school for at-risk children, called Promise, that James just opened in his hometown of Akron, Ohio.

Shut Up and Dribble will air on Showtime in October. We hope one episode is called "U Bum."

U bum @StephenCurry30 already said he ain't going! So therefore ain't no invite. Going to White House was a great honor until you showed up!
— LeBron James (@LeBron James)1506179844.0