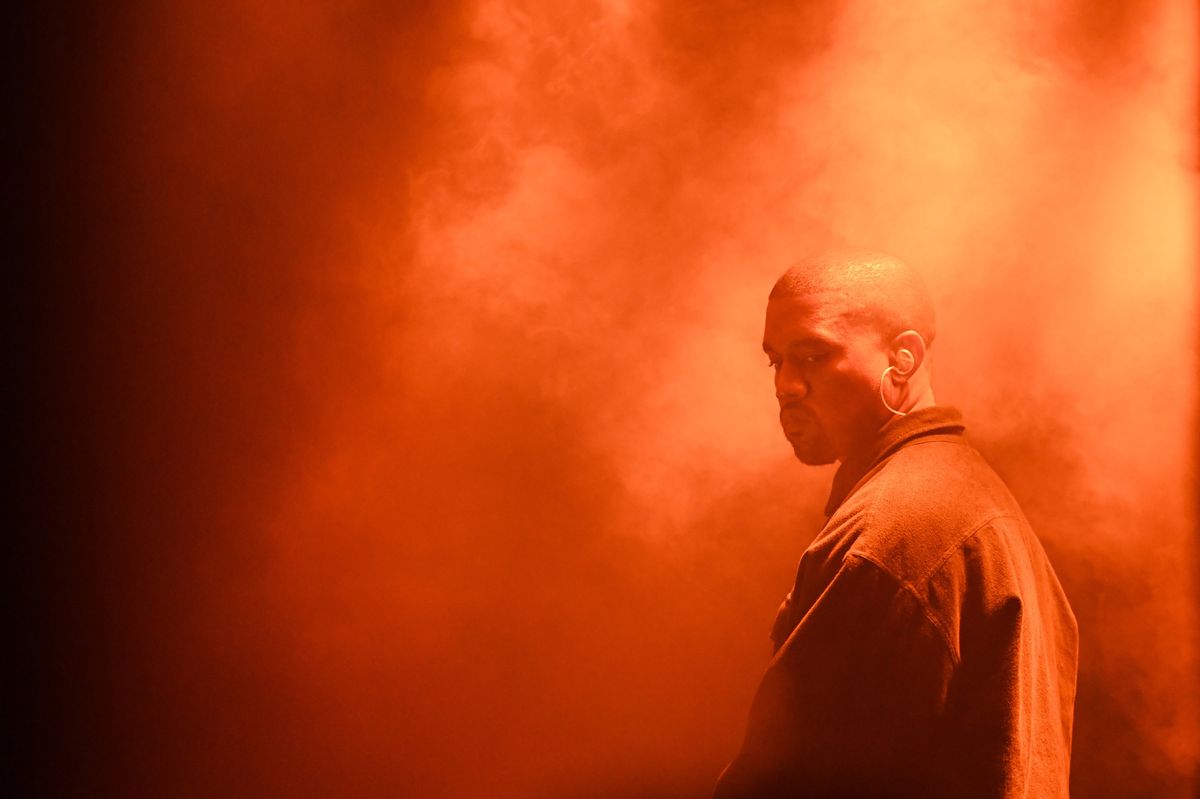 I've been a fan of Kanye West for years. Which is why what I'm about to say feels warranted, but also accounts for my disappointment of him.

We know he is supporting 45. Yes, his support is influential enough to move cultural discussions in a way that impacts factors of power (namely: how people like 45 accrue, maintain, and justify their power, by any means necessary). We've seen tweets of the Make America Great Again (MAGA) hat as though it's another ironic-chic fashion accessory. We know his wife, Kim Kardashian West has defended him as a free thinker. We know John Legend has reached out, reminding him of his platform and his responsibility to his fanbase. We know Chance the Rapper, a fellow Chicagoan, has defended him, then later clarifying his position to say that he doesn't support hate.

For those of you looking for a thesis style summary of what Kanye says he's aiming to do, you can listen to the first 15 seconds in the political debate song he has with T.I., "'Ye vs. The People" — but what I need to say, even if Kanye claims he is coming from a place of radical love and acceptance of differences across the aisle, still stands. It doesn't somehow soften the blow or the disappointment or make it any less hard to stomach what he's ultimately telling us. Let's look closer at the machinery behind him though, not to defend or absolve, but to (try) to understand.

Kanye does not and never has lived in a vacuum. For starters: He's a black man in America. In case you need a refresher course on just how loaded that shouldn't be but is anyway, look at every unarmed black man who's been shot by cops that "feared for their lives." He's a black male rapper in America — one of the most commercially successful and critically lauded black male rappers in America. Kanye has fucked up publicly and privately, but we often define his fuck-ups as wholeheartedly and fundamentally unforgivable. We scrutinize black people when they do anything, whether it is positive or negative. We still expect them to fix systemic problems — racism, for one; capitalism, for two — that they did not create. This is traumatizing for black men. And even worse for black women who find themselves in similar positions. And when I say "we," I mean, you, white readers.

I can go on about how he is hating himself in public (wonder where that came from!), a problem that has more to do with his place in the pop culture pantheon as a black man in America, or about racialized language about who's "right" and who's "wrong," which is about capitalism. Let it be known that I don't support or endorse anything Kanye has been supporting or endorsing as of late. He does and says problematic things and passes them off as provocative. (This isn't new). He's embraced capitalist structures that oppress his culture and allow him to see the world almost exclusively as interconnected ciphers of money, status, power, and access. (Again, not new). But I do support his right to be wrong. (How dare he! Boycott everything he'll ever do for the rest of his life!)

Wrong: In the same way that fans forgive Miley Cyrus when she oversteps and appropriates black culture. In the same way that fans forgive Lena Dunham or Taylor Swift when their strains of white feminism become problematic. In the same way that white people elected 45 despite knowing that he had accusations of sexual assault following him around. In the same way we allowed him to represent America even when he openly mocked and made offensive remarks about people with disabilities, immigrants, black and brown people, women — thus mocking the fabric and backbone of America. Kanye's endorsement of someone who represents this, while inexcusable, mostly points to a larger problem of whiteness asking blackness to fix the problems of racism, and thus, capitalism — the same racism and capitalist values that allowed 45 to run and win in the first place. Fix that instead.

Leave black people alone in these instances, even if and when they are problematic. They are hardly the root of the big-picture problem. Stay out of your black friends' DMs asking them to explain how Kanye wound up in the Sunken Place. Don't show them receipts about why and how they should throw away a problematic black person, unless you also want to outline reasons why you might be looking so intently for reasons to do so. Let them live and thrive in the same way you allow your white friends and their problematic faves to do so.

That said: Will I buy any of Kanye's upcoming music? Maybe not. Will it speak to my experiences or be a source of inspiration? We shall see, if I listen. Is this part of some bizarre promotional rollout for said music? Who knows, it's all truly so bizarre.

I'll remind you, those with pitchforks in hand, that this is the same Kanye who wore a Ralph Lauren polo during a Hurricane Katrina telethon and told the country that racist George W. Bush didn't care about black people. The same man who signed his fans' fake Yeezys in the rain. Kanye hasn't punched out his wife's front teeth like some rappers we support; he didn't beat her so bad her head became the size of a grapefruit; he didn't sleep with her while she was underage; he didn't lie to the whole country about her immigration status like some presidents; he didn't sexually assault anyone. He is allowed to lose his way and still have a place in my heart.

As for today though, I can report that 45 MAGA hat Kanye posted to Twitter as hate speech, and keep it moving.