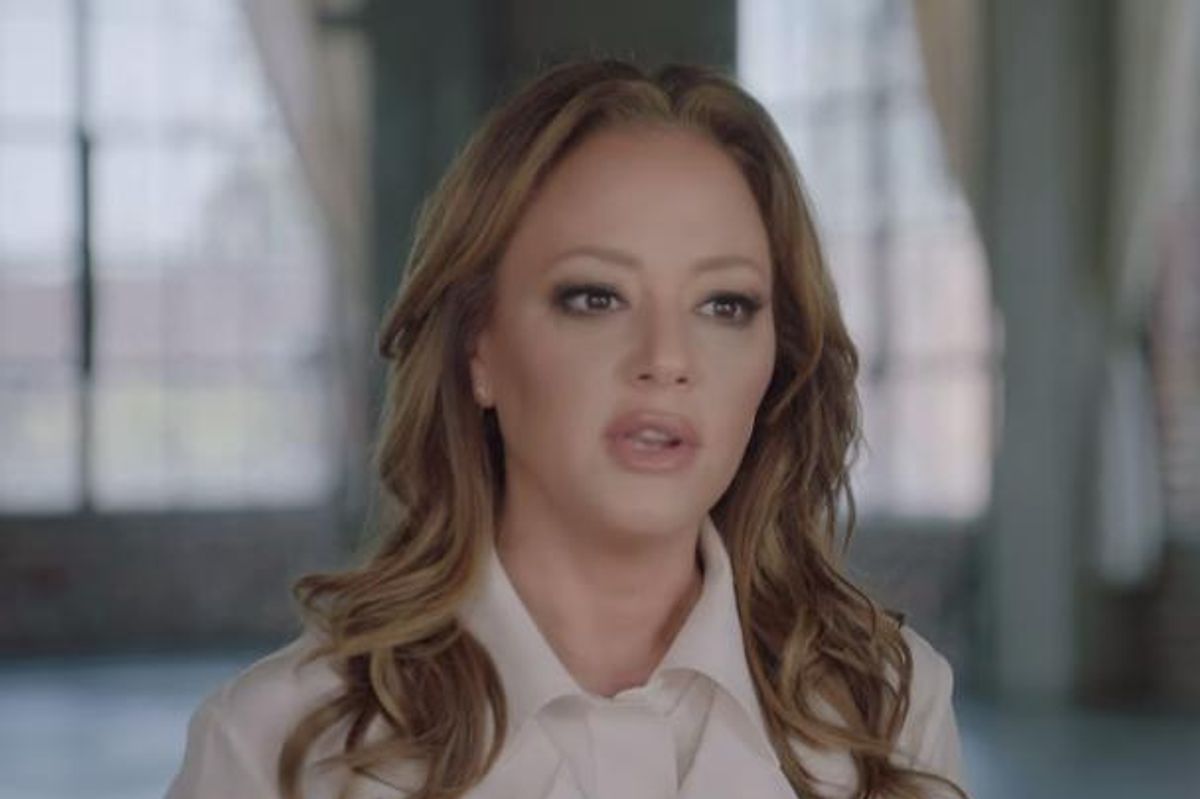 Leah Remini Demanding The Church of Scientology Pay Her $1.5 Million

Ex-Scientologist vigilante Leah Remini is continuing her war against her former church, since leaving in 2013; the actress is demanding the collective disciples of L. Ron Hubbard fork over $1.5 million in compensation in allegedly trying to sabotage her reputation, as well as her upcoming A&E docuseries Scientology and the Aftermath.

Tony Ortega, writer for the anti-Scientologist Underground Bunker blog (I screamed typing that), wrote that the Church--in standard petty fashion--sent over a letter to A&E, calling Remini both a "spoiled entitled diva" and "has-been actress," and claimed that she was harassing church leader David Miscavige over the whereabouts of his wife Shelley. If you'll remember, this all started in August of 2013, when Remini filed a missing persons report for Shelley Miscavige with the LAPD; Shelley has not been seen since 2007.

In addition, Ms. Remini hereby further demands that the Church of Scientology forthwith pay her Five Hundred Thousand Dollars ($500,000.00) as at least partial compensation for the past, present and ongoing reputational, emotional and economic injuries and damages she has suffered, and continues to suffer, as a result of this malicious conduct. Given the many millions of dollars that Ms. Remini has personally donated and otherwise contributed to the Church of Scientology over the course of many decades, this monetary demand is exceedingly modest.

Scientology barked back, with one of its attorneys, Gary Soter, saying:

As she stated in her own words in her book, the filing [of the missing person report] was a component of the publicity she sought when leaving the Church and was a step in the orchestrated rollout of her break with Scientology, fully coordinated with other anti-Scientologists, including Mike Rinder, Tony Ortega and Marc and Claire Headley. This rollout was intended to generate maximum publicity for Ms. Remini's failed career and to cause maximum harassment to the Church and its ecclesiastical leader.

Team Remini, all the way.

Here's the (truly next-level) latest trailer for her upcoming show.