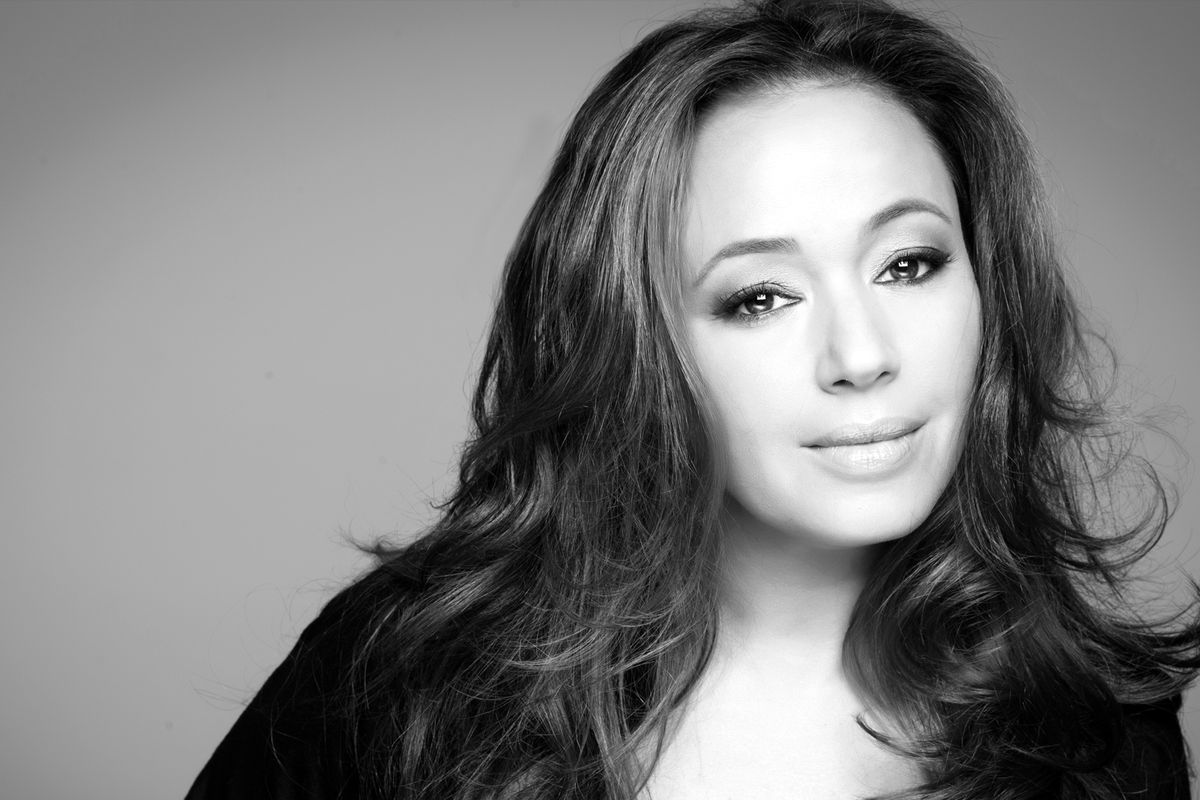 LEAH REMINI ON THE PERILS OF SCIENTOLOGY

Being outspoken is never easy -- but it's particularly impressive when you've survived 30 years in one of the world's most secretive and autocratic organizations. Actress Leah Remini, raised a Scientologist, is now one of the church's most vocal critics. Her recent memoir, Troublemaker, covered everything from brainwashing tactics to Tom Cruise temper tantrums; her new show on A&E, Leah Remini: Scientology and the Aftermath, shares the stories of other former members. Below, Remini talks about cults and why the Internet is the world's best deprogrammer.

I was born in Bensonhurst. I'll credit Brooklyn for my balls. I think you come out of the womb in Brooklyn being outspoken. I was introduced to Scientology by my mother. My mom and dad had gotten divorced and my mom was, you know, a single mom with two girls. She met my stepdad, Dennis, who was a Scientologist, and he got her involved. My mom didn't really have a family growing up and I think for my her and for people like her, Scientology offered her not only a group and a family but a mission in life. My mother always wanted something more. Is this what life is? Married and kids? I think this is part of the allure of cults. It gives you a mission; it gives you a place of belonging. And I think that is intoxicating for someone who's feeling like there's more to life than what she was doing.

Scientology claims it makes a better world. These are things they communicate to good people. It's a slow and steady process of brainwashing. Then, as you're more and more involved in it, you become less and less connected to the real world. You surround yourself only with Scientologists. You imagine you're all working on one thing, and you're all being indoctrinated into a certain language because Scientology has its own nomenclature, right? So you begin speaking only in Scientology terms. You have one goal. You're all working on the same goal to make the world a better place, to make the planet a better place. We're saving mankind.

As a child, do you remember thinking, "I want to be special. I want to be different"? Ok. I wanted to make sure it wasn't just me. I always wanted to be special. I remember at a young age having this fear of death where my mother was concerned. I didn't want her to die, and I used to obsess about it. When she got into Scientology, she started telling us, "You're a spiritual being, I'm a spiritual being, we've lived before, I've lived before." And now all of the sudden I'm going to a big fancy church in New York City, and I have grownups saying, “Welcome back" and “You're a very able being and you've lived before, Leah, and you found your way back to scientology." And I'm like, "Oh my god, I am special!" So that starts the indoctrination.

They have these courses for children where you learn to communicate -- you learn you're able to look at somebody in the eye and acknowledge them. I'd go to my friends' houses after school and the mothers were carrying on and yelling as they should because we would leave Cheerios and shit all over the floor. And I'd go, "You just need to communicate." And [my friend's mom] would say, "Did you say 'communicate' to me?" Imagine a Brooklyn mother. I threw out a three-syllable word. And I was like, OK, I'm onto something here. Or I'd say things from this little booklet they give you, The way to Happiness. It just has little basic precepts normal people know, like respect your parents, don't do anything harmful to your body, things like that. And I kind of started spewing that philosophy to my friends and I'd show them this booklet. And the friend's moms would say, "That's right, listen to Leah."

Listen, it's not that there's nothing good about it. The beginning of it is very decent. And there is a form of therapy in talking to someone about your everyday problems. You're giving the solution to every problem from L. Ron Hubbard's writings, and so it kind of gets you in the frame of mind that every answer is given to me by Scientology.

It's a dangerous path to go down, because ultimately once you're in and as you spend time there and as you become more and more indoctrinated you become less and less connected to the real world. And then the teachings begin about the world and you. Scientologists in general are taught to not be in harmony with the rest of the world. They give you your enemies and it is anyone who opposes the good works of Scientology. The [American Medical Association]. Psychiatry as a whole. Government. Police officers. News organizations. And so you are immediately put in a place where are you ready to fight the world. You are very isolated, but at the same time you feel that you've been given a special mission.

Getting out was a six-year process. It wasn't that easy because if you're fully indoctrinated as I was, and my family was, and we spent all of our lives in Scientology and millions of dollars doing Scientology, it's not easy to leave. And if you are questioning the teachings or the organization they start to go to work on your family and friends, who, remember, are all Scientologists at this point. So it's one thing to walk away and to say, "I'm not into this shit anymore, I'm gone." If you have kids you would have indoctrinated them into Scientology. Your family, your mother, your father, and you usually work for Scientologists. So walking away means leaving all of that behind, because they have to shun you if you leave. You have to be willing to give up everything you've ever known.

For me it started with Debbie Cook, who was a senior executive in Scientology. And Mike Rinder and Marty Rathbun and senior executive clergy of our church leaving. And all saying the same things: that they were beaten, that they had beaten people under the direction of [Scientology leader] David Miscavige. And that they'd been held prisoner at the church's executive headquarters. And I was hearing these stories over and over. And I started looking on the Internet, which is an act which can cost you $100,000, if you do that. They start pulling you in for interrogations that cost you money. And your family, if they're completely indoctrinated, they'll say, "you need to knock this shit off. You're causing us harm now." I was willing to risk it because I was questioning. Going on the internet is the fastest deprogramming session you could ever give.

On my show, there are different stories. There's stories of ex-senior executives of the church. Some of them are stories of being molested as children while they worked in the Sea Organization, the paramilitary part of Scientology, which is really the people who run Scientology. So it's stories of that and the church not doing anything about it, covering it up. And stories about families who decided they were done after spending their whole lives in Scientology. After 40 or 50 years, and a quarter of a million spent, they decided they wanted to leave, and the church went after their family. And turned son against mother and father and the pain of losing children. We're past the point of statute of limitations, so I'm just hoping that telling these stories the FBI, the department of justice, the IRS will start looking into this organization again.

Listen, I'm over the church of Scientology. Period. I've written a book. I've told my story. What I am taking a stand against is the church turning around and turning against every journalist, every person, every organization who has the balls to tell their story about what really happened. And listen -- there are going to be repercussions I'm sure. The church will come after us. It will go after A&E and it will go after the individual parishioners who are telling the stories with their usual private investigators, using our confessions from when we were in the church out of context to make us look like we're all just trying to make a buck and we have an ax to grind. Yeah, we do have an ax to grind. When you hurt people, defraud them out of money and their lives and brainwash them and victimize them, that's what happens.

I want to tell people it's ok to speak out. If people in the church watch my show, I say that's the first step to getting out.