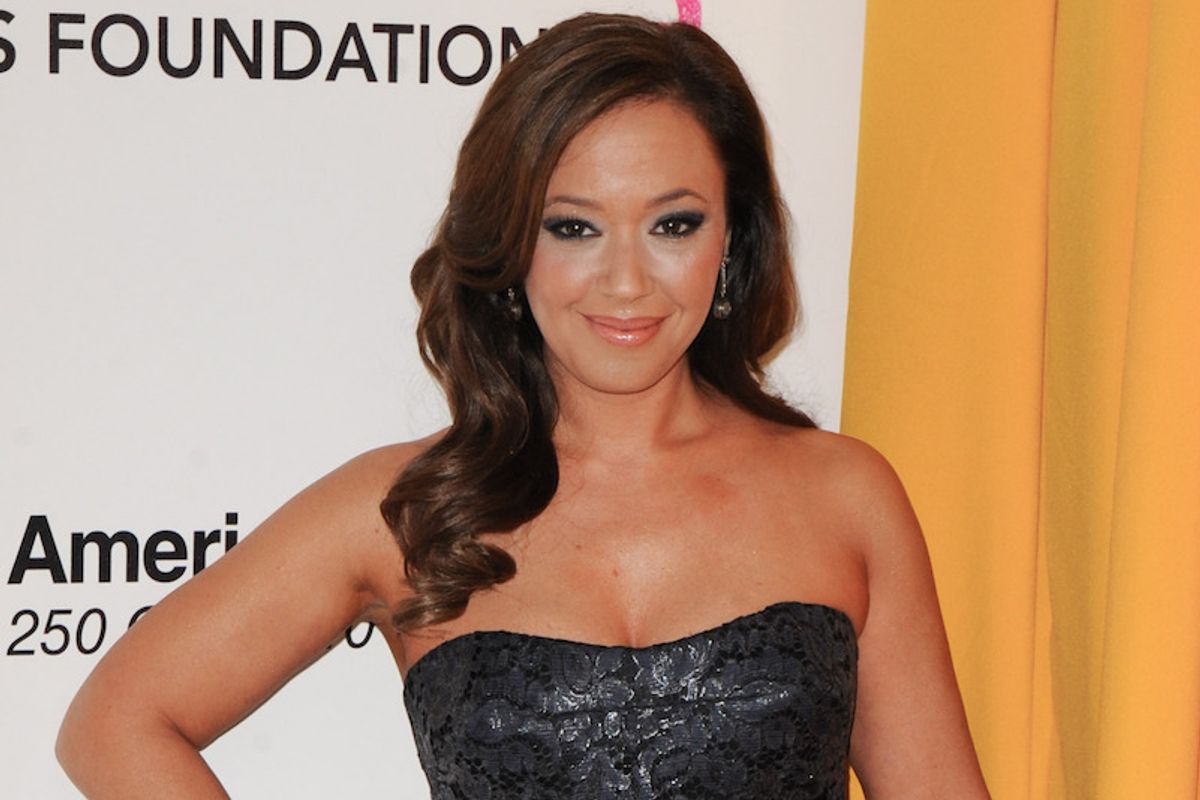 May the wrath of Xenu pass you by!

As The Hollywood Reporter...reports, Leah Remini's Scientology reality show is definitely happening on A&E, with a premiere date scheduled for early 2017. The show will follow the television actress and Church of Scientology's #1 Suppressive Person's life during and after her decades-long stint as a 'Gist (made that up!), and her counsel and solidarity with other church dissenters and their families. The show has been filming all summer.

The news comes just a year after the release of Remini's smash-success memoir/Scientology tell-all, Troubemaker: Surviving Hollywood and Scientology, in which we were so graciously provided with details like Leah and her husband being forced to teach Tom Cruise and ex-wife Katie Holmes how to salsa dance in his living room, and discovering a infant Suri Cruise, crying on the floor in a bathroom at her parent's lavish Italian wedding, while Cruise's sister and assistant simply stared down at her in reverence.

Of the bombshell details from the book, the Church, of course denied them, and responded in typical shade-queen fashion:

She needs to move on with her life instead of pathetically exploiting her former religion, her former friends and other celebrities for money and attention to appear relevant again.

LEAH FOR THE WIN!