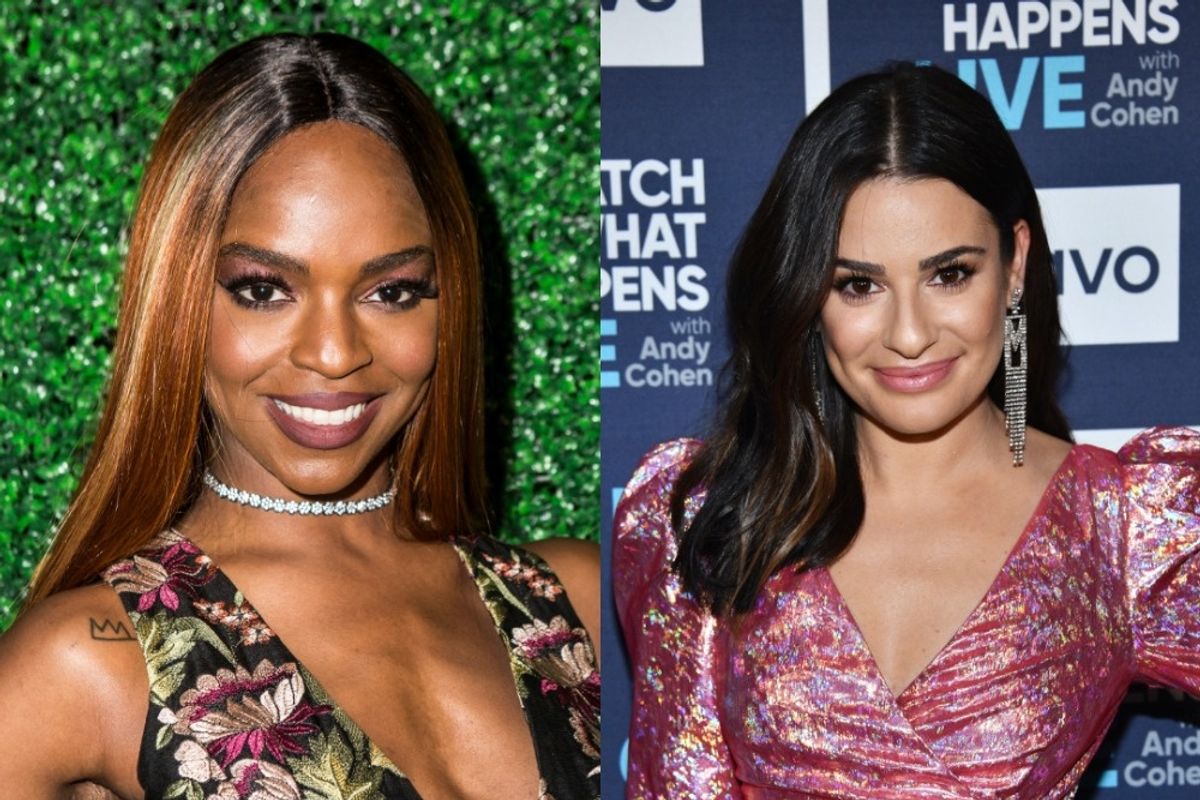 Many celebrities are speaking out this week against police brutality and systemic racism in light of George Floyd's killing at the hands of police. Whether they're urging followers to donate to bail funds, encouraging us to call politicians or posting a questionable black square and signing off, famous people are flooding our feeds rather than amplifying Black voices first and foremost. Now, several Glee stars are taking to Twitter to enlighten us that not every supportive message from a celebrity can be taken at face value. Case in point: Lea Michele.

Michele tweeted this weekend that Floyd's murder was undeserved, was "not an isolated incident" and police brutality "must end."

This didn't sit well with some of Michele's fellow ex-Glee cast members, who didn't recall her having as much empathy for Black colleagues on set. It all started with Glee actor Samantha Ware, who played Jane Hayward on the show. On Monday, she replied to Michele's Tweet, claiming that the actress made her first television gig "a living hell." She recalled one time when Michele told "everyone" that if she had the chance, she'd shit in Ware's wig, but qualified that this was just one among many of Michele's "TRAUMATIC MICROAGGRESSIONS THAT MADE ME QUESTION A CAREER IN HOLLYWOOD."

LMAO REMEMBER WHEN YOU MADE MY FIRST TELEVISON GIG A LIVING HELL?!?! CAUSE ILL NEVER FORGET. I BELIEVE YOU TOLD EVE… https://t.co/ig5R42SMFw
— SAMEYAAAAAA (@SAMEYAAAAAA)1591062035.0

Glee castmembers and other Black actors were quick to back up Ware. Alex Newell, who played Unique Adams, affirmed her, saying "we ain't got not a damn thing to lie about six years later," and "when my friends goes through something I also go through it."

Dabier Snell, who appeared in a 2014 episode of Glee also responded to Michele's initial tweet, and shared his own story.

GIRL YOU WOULDNT LET ME SIT AT THE TABLE WITH THE OTHER CAST MEMBERS CAUSE “I DIDNT BELONG THERE” FUCK YOU LEA https://t.co/s4NoLdtqRs
— Dabier (@Dabier)1591067593.0

Community star Yvette Nicole Brown, who didn't appear on Glee but co-starred with Michele on 2017 sitcom The Mayor, also indicated she'd had bad experiences with her on set.

In addition to famous actors, a slew of behind-the-scenes industry members shared their own alleged experiences working on crews or sets with Michele.

@jeantegodlock @Sammie_Ware I’ve heard this twice. Once from a friend who had friends who worked on Glee and the se… https://t.co/IC3XFIvToY
— Krystle Piamonte (@Krystle Piamonte)1591077615.0

@jeantegodlock @Sammie_Ware Remember that time she asked her makeup lady why a background guy was standing so close… https://t.co/nsLuvI2NwV
— Nicki Dion ⚓ (@Nicki Dion ⚓)1591135097.0

In response to the allegations, meal-kit company HelloFresh was quick to announce that they were cutting ties with Michele and were taking her co-stars' claims "seriously."

@morjodomo HelloFresh does not condone racism nor discrimination of any kind. We are disheartened and disappointed… https://t.co/hCg3Uq3VrT
— HelloFresh US (@HelloFresh US)1591129259.0

The whole ordeal is emblematic of a new movement of online discourse, in which brands and celebrities are held accountable to the politics they preach online in their professional and personal lives. Will we soon live in a world where white people can't score political clout without real praxis?