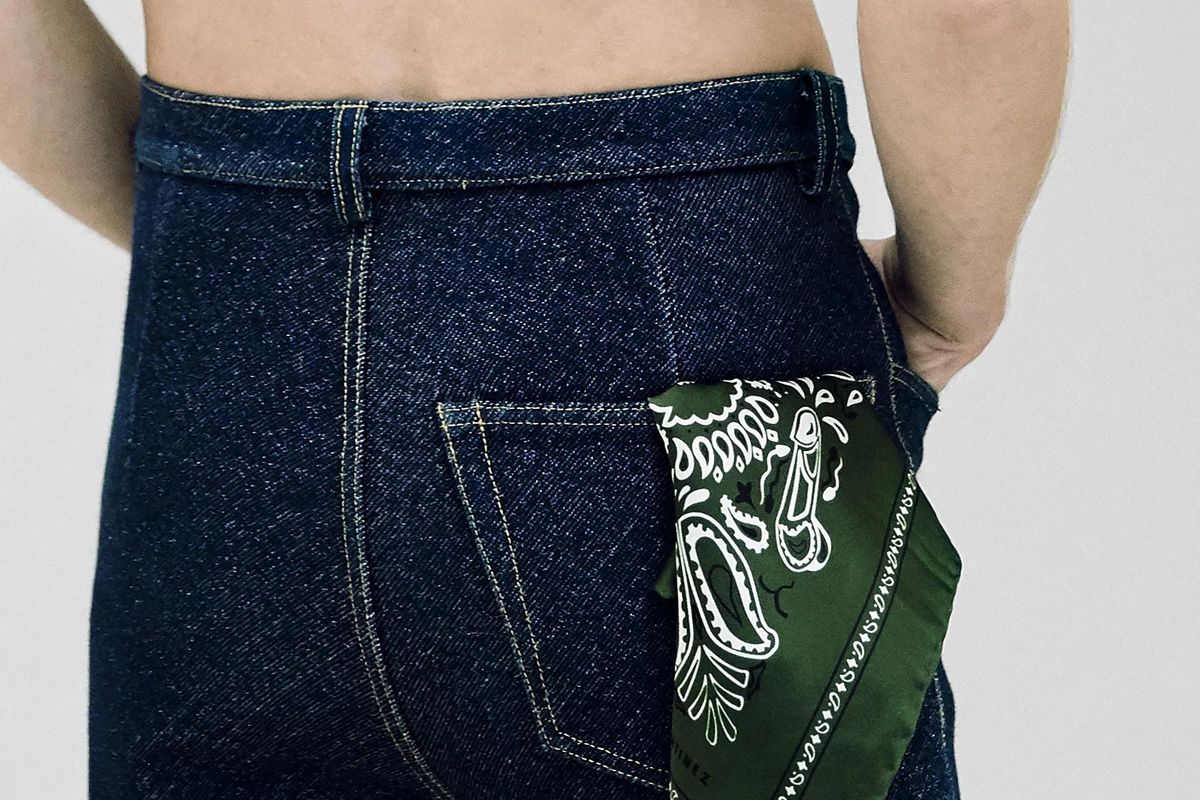 This Designer Covered His Handkerchief in Dicks

According to Alled-Martínez's website, the brand DNA "has always been to take elements or references from the past and question how would that be nowadays." They specifically call out '70s and '80s nightlife in Paris as key sources of inspiration, when people were "young and wild" in the midst of the aristocracy of that time. "That mix of something elevated but with a debauched touch really inspired what the label is all about," they write.

Related | Why Did We Take the 'Harry Styles Wore a Dress' Bait?

The designer himself was awarded the LVMH Prize for Graduates in 2018, which helped him land a job on Givenchy's menswear team. After leaving to relaunch his graduate collection, Alled-Martínez was then shortlisted for the 2020 LVMH Prize after showing his Fall 2020 collection in Paris. He's managed to become a favorite of Harry Styles, whose stylist Harry Lambert commissioned a custom glitter denim shirt and trousers for the musician to wear on stage. Perhaps Styles will wear a "Cockachief" next.