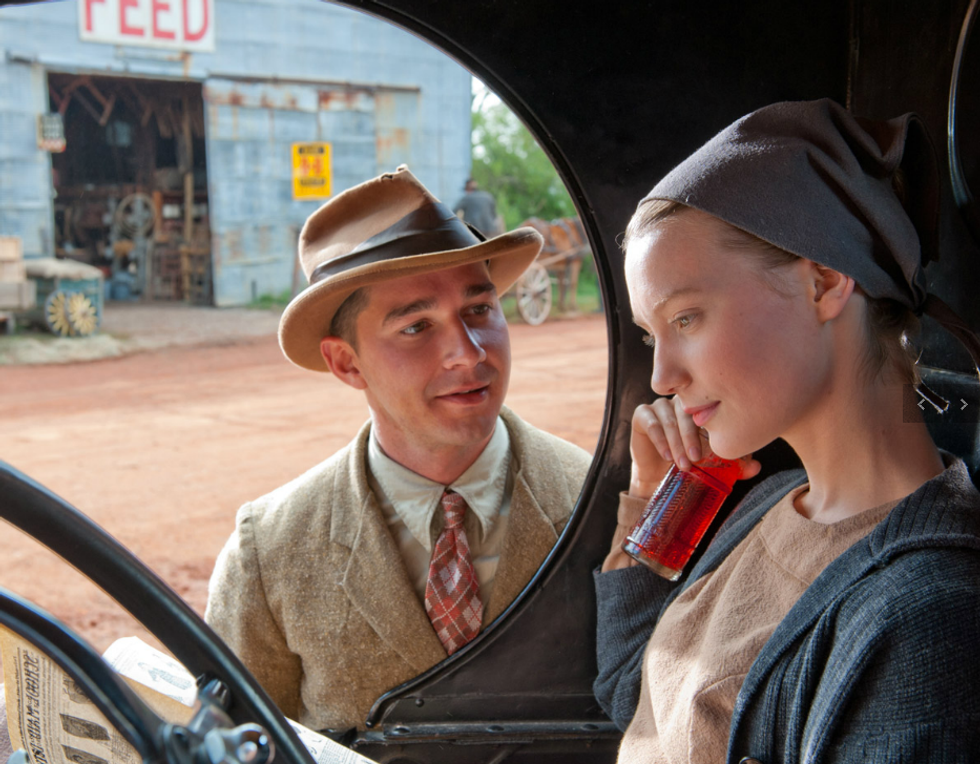 Director John Hillcoat's gritty tale follows the three bootlegging Bondurant brothers who ruled Virginia during the prohibition years. It's a violent, messy saga. The film stars Tom Hardy as the hot-tempered Forrest, Shia LaBeouf as the youngest brother Jack and Jason Clarke as the moonshine-guzzling Howard. Jessica Chastain plays the weary big city gal who comes to Virginia for a rest, but finds a lawless empire of corrupt officials and dangerous gangsters. I was most amazed to hear the Velvet Underground's amphetamine anthem, "White Light/White Heat" transformed into a hillybilly tune.