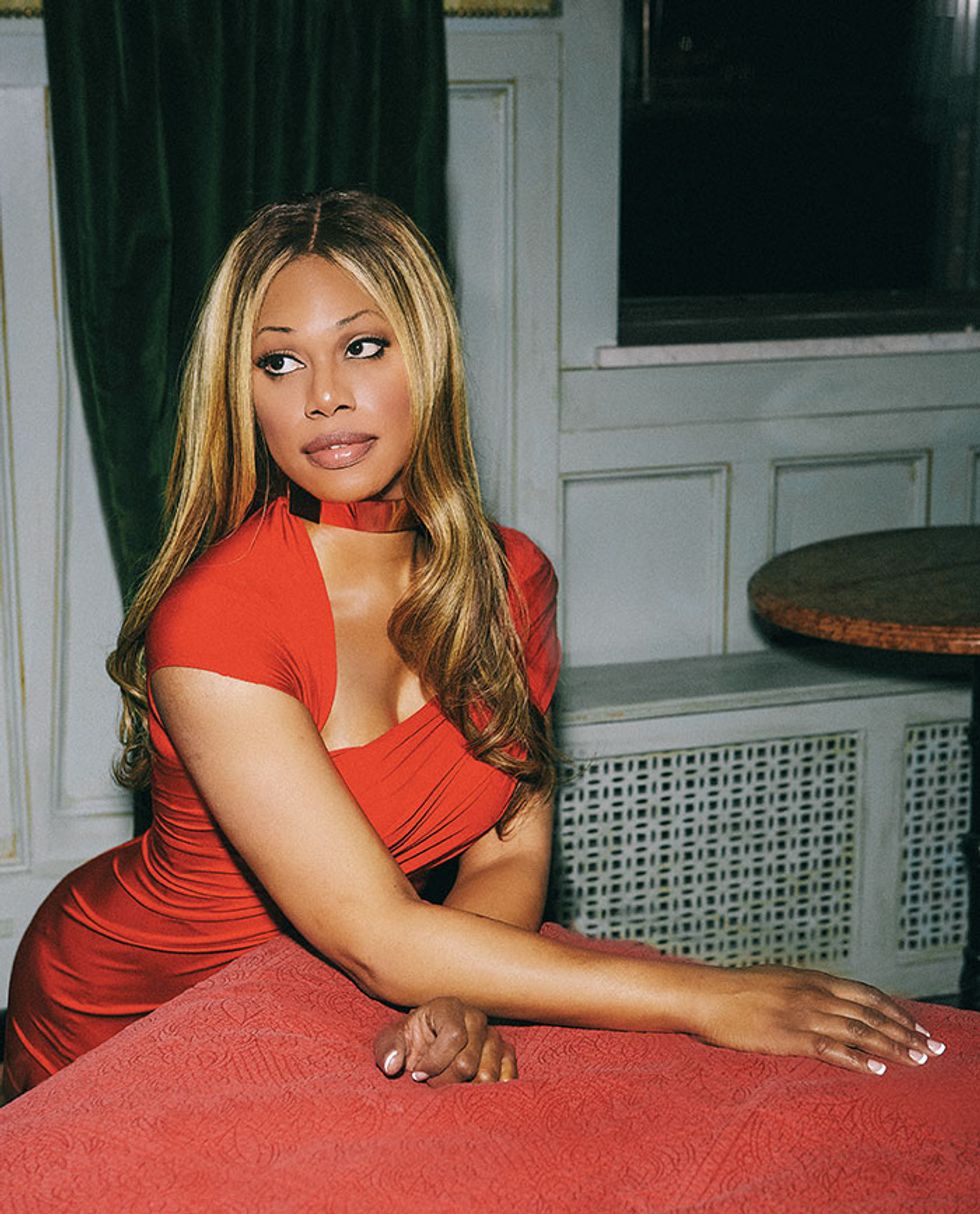 By Sandra Song
PAPERMAG
photos by Harper Smith
Orange Is The New Black actress Laverne Cox came under fire this week for her non-defense of Hunger Games star Amandla Stenberg re: her critique of Kylie Jenner's cornrows following an appearance on Bravo's Watch What Happens Live this past Sunday. Along with fellow guest Vogue Editor-at-Large Andre Leon Talley (who's also talked about fashion's lack of diversity), Cox was asked by host Andy Cohen to comment on white girls in cornrows, and both avoided answering -- leading many commentators to ask why two prominent black voices shied away from such a pertinent conversation.
Cox took to Tumblr last night to elaborate on why she didn't leap to Stenberg's defense, explaining that the topic of cultural appropriation was obviously a complex issue that needed more than "the 10 seconds or less" she would have been given on Cohen's show. Cox says she was unfamiliar with Stenberg and didn't want to get in the middle of what she initially perceived to be an interpersonal celebrity feud, as she has "never been interested in interpersonal attacks, feuds or 'checking' individuals publicly."
Cox, however, has since researched Stenberg's work and words, saying she was "very impressed" by her video below on cultural appropriation in relation to black hair and was particularly struck by Stenberg asking, "What would America be like if we loved black people as much as we love black culture?"
It's an essential question that keeps popping up, as the culture of marginalized communities is commodified without accompanying change or activism. And by shedding important historical context, the experiences of the disadvantaged are typically rendered invisible -- a point that is hit home by Cox's post and Stenberg's work. After all, as Cox posits, "How do we lovingly make people aware of that history and the potential affects of cultural appropriation that further marginalize and stigmatize those already the most adversely affected by systems that disadvantage certain experiences, bodies and identities over others?"
Perhaps the solution is for Bravo to run an hour-long appropriation special in the near future, you know, instead of another Real Housewives of [insert city here] three-part reunion.