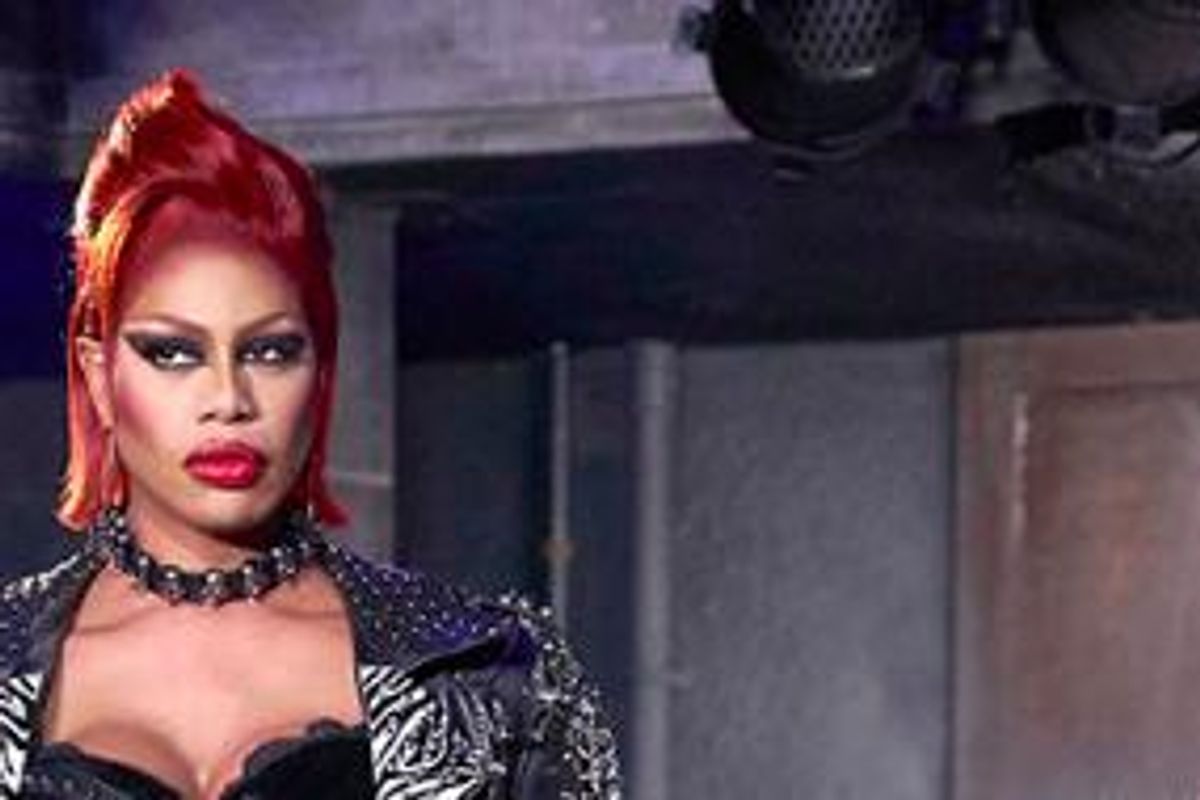 Entertainment Weekly has released the first glimpse of Laverne Cox as the imitable, gender-defying Dr. Frank-N-Furter in FOX's television reimagining of The Rocky Horror Picture Show.

The role, which was originated by the iconic Tim Curry, is the centerpiece of the show--the mad scientist who hails from Transsexual, Transylvania.

Cox spoke on the new take on the good doctor:

We were on set and a reporter saw me and said I looked like the love child of Grace Jones and David Bowie. I said 'That's exactly right.' I think we mix up the look more than they did in the original. It's inspired by the original but it's really our own take. It's way more elaborate and couture. [Director] Kenny Ortega had this vision that Frank was at this old theater and found these old burlesque costumes and is, like, using them and wearing them now but has altered them a bit.

Ms. Cox can truly do no wrong, so this should be nothing short of glorious.

The television event will premiere this fall (around Halloween), and also stars Christina Milian, Victoria Justice, Adam Lambert, and Tim Curry as the narrator.