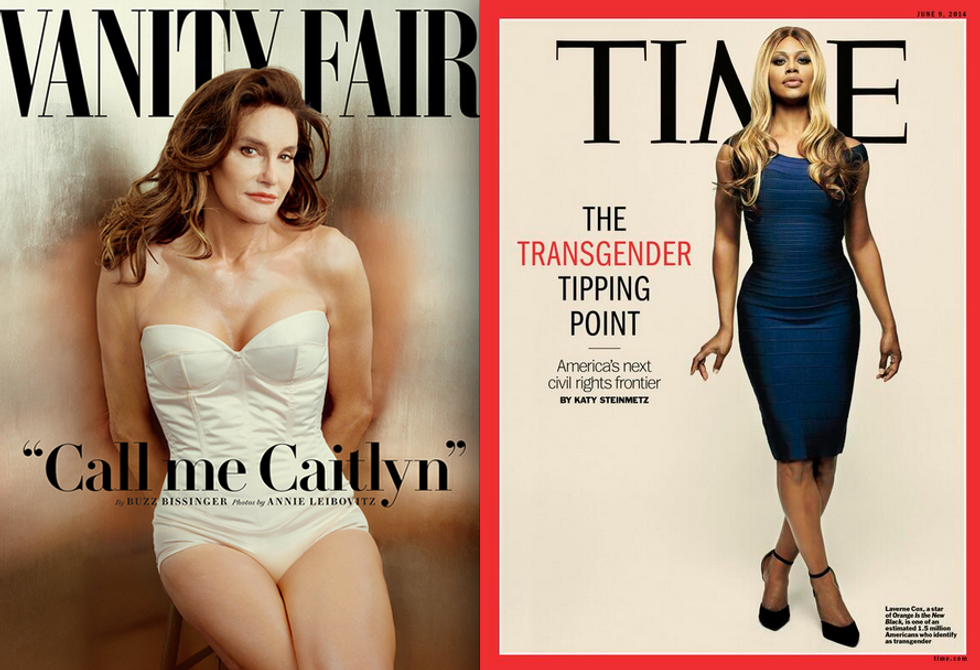 by Abby Schreiber
PAPERMAG
By now it seems every media outlet, blogger, minor celebrity and person on Twitter has weighed in on Caitlyn Jenner's coming out, with most of the reactions being overwhelmingly positive and a few that were tone-deaf and unnecessarily douche-y (the fuck we care what you think, Drake Bell?). But one of the most meaningful voices to enter the fray belongs to Laverne Cox, who penned a note on Tumblr yesterday.

The Orange Is the New Black actress (and former PAPER Beautiful Person) knows, to an extent, what Caitlyn is going through. She had her own cover moment last year when Time had her grace the front of their magazine with the headline "The Transgender Tipping Point" and, until Caitlyn came along, she's been the de facto face of trans visibility and empowerment. She was also recently praised for her decision to pose nude in Allure Magazine. But, as Cox points out in the note, much of the attention she received for her Time cover and Allure spread -- like a lot of the attention Caitlyn has been receiving -- focused on how beautiful she looked. And this compliment is more loaded than it might seem:

"Yes, Caitlyn looks amazing and is beautiful but what I think is most beautiful about her is her heart and soul, the ways she has allowed the world into her vulnerabilities. The love and devotion she has for her family and that they have for her. Her courage to move past denial into her truth so publicly. These things are beyond beautiful to me. A year ago when my Time magazine cover came out I saw posts from many trans folks saying that I am "drop dead gorgeous" and that that doesn't represent most trans people. (It was news to be that I am drop dead gorgeous but I'll certainly take it). But what I think they meant is that in certain lighting, at certain angles I am able to embody certain cisnormative beauty standards. Now, there are many trans folks because of genetics and/or lack of material access who will never be able to embody these standards... It is important to note that these standards are also infomed [sic] by race, class and ability among other intersections. I have always been aware that I can never represent all trans people. No one or two or three trans people can. This is why we need diverse media representations of trans folks to multiply trans narratives in the media and depict our beautiful diversities."

Read the rest of her letter HERE and for another insightful, well-written response, check out a letter written by Janet Mock HERE.