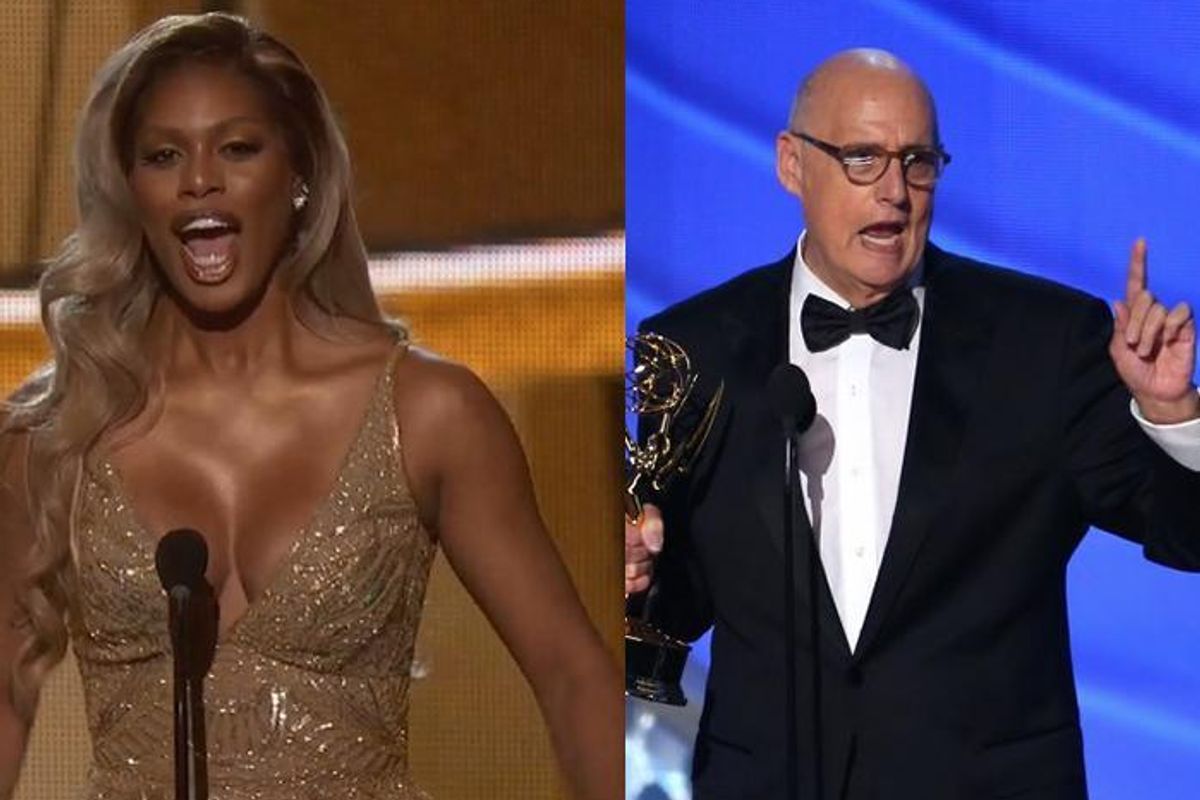 
Both Jeffrey Tambor and Laverne Cox used their stage time at the Emmys last night to address Hollywood's lack of roles for transgender actors.

Tambor -- who, for the second year, won for Outstanding Lead Actor in a Comedy Series for his role as a transgender woman on Transparent --- dedicated the end of his speech to highlighting the importance of not overlooking trans talent in favor of cis actors like himself.

As the music began to play Tambor off, he continued to speak and admonished the show's producers with the Hebrew phrase "sheket bevakasha," which means "quiet please."

"I"m not going to say this beautifully," Tambor said, "but to you people out there -- you producers and you network owners and you agents and you creative sparks -- please give transgender talent a chance. Give them auditions, give them their story. Do that. And also one more thing: I would not be unhappy were I the last cisgender male to play a female transgender on television. We have work to do. I love you."


Matt Bomer, who is cisgender, drew the ire of the internet last month, when he was cast as a trans sex worker in the upcoming film, Anything. Cis actors Jared Leto and Eddie Redmayne have faced similar backlash for their portrayals of trans characters in recent years as well.

Following Tambor's speech, Laverne Cox took the stage, seemingly going off script momentarily to echo him. "Give trans talent a shot," she said. "I would not be here tonight if I was not given that chance."