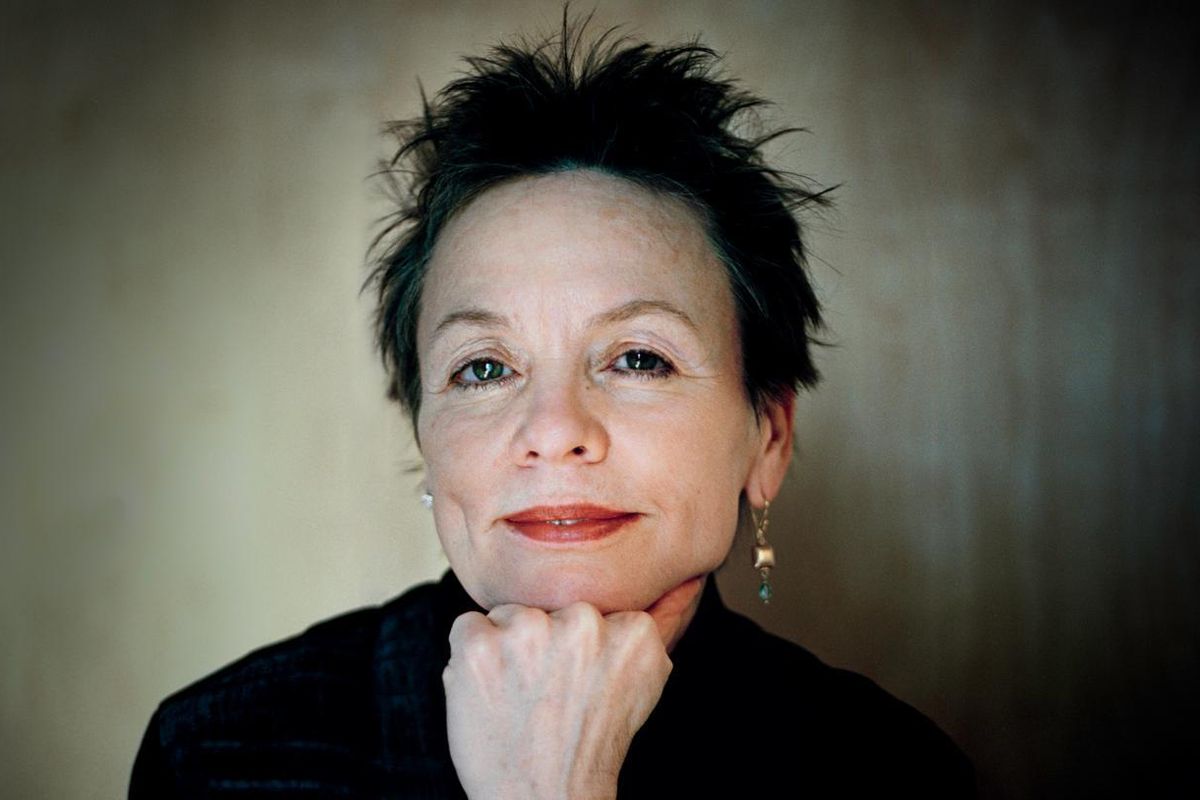 Laurie Anderson On Her New Film, "Heart of a Dog"

"If I were Woody Allen, I'd call my film Love and Death," says Laurie Anderson.

But she's not Woody Allen. She's Laurie Anderson and she calls her movie Heart of a Dog.

Laurie Anderson has been an art star for more than 30 years. As a musician, performance artist, multi media maven, writer, philosopher and filmmaker, her impressive skills are on display in this memoir-meditation-sound poem/film. It begins improbably with Anderson giving birth to her rat terrier Lolabelle and ends with a story that brings the movie full-circle. It's quite a feat considering it connects so many dots from the intensely personal to the aforementioned love and death, the surveillance state and 9/11, a hallucinatory mise en scene all told in Anderson's soothing voice-over. It's one of those "you gotta see it movies" because it defies description and is so damn good. New York Times critic A.O. Scott praised it as a "philosophically astute, emotionally charged meditation on death, love, art and dogs."

Anderson was among the first artists to combine music, technology, multi-media and performance art. Her single "O, Superman" addressed issues of technology and communication and rose to #2 on the UK Singles Chart and topped the Village Voice Pazz and Jop singles poll in 1981.

Though she could have been a star by focusing on any one discipline, she chose to color outside the lines in a place all her own. Except for Home of the Brave, a 1986 concert documentary, she has limited her cinematic output to smaller works that often accompany her performances. With the advent of diy filmmaking equipment, including the home movies, iphone, drone and Go Pro footage included in this film, her outlook changed.


"Film does absorb a lot of the things that I like doing," she says in the confines of the lower Canal Street loft she has lived in since the '80s and shared with her late husband Lou Reed who died in 2013. "And so I thought why haven't I made another film? I think probably because it sounded like too big a project. I didn't realize that you could make a film on a shoestring. The last feature film I made was a long time ago and that was just hundreds of people and equipment and it was just daunting and I like to be much more fly away these days, just kind of do things that you don't have to fundraise forever."

Her work has always utilized technology. As early as the late '70s, she exhibited a motion-activated sound sculpture at Holly Solomon Gallery. I wonder if she had some training in electronics. "It was Canal Street," she says. "It was going to those electronic stores which have mostly disappeared. And getting stuff from the bins and tinkering around with stuff and seeing what they would do. I liked that. I was just a tinkerer. I still am."

Which kind of fits in with the way the movie came together -- tinkering. "I started with some dog stories and then when it became a short story collection I thought, what do these have in common? What is the engine here? The engine in a way is how energy shifts. In the middle of this movie is a book -- the Tibetan Book of the Dead. That's sort of the model. How energy is expressed in that book in a hallucinatory way is what I hope the rest of the film is about as well. In the center is a very condensed version of how the senses dissolve and the consciousness drops away and what's left of you and your life. And it's also about the fallibility of words. Even though it's a story about words and how they can fail us."


Though the movie has many threads and associations, it hangs together cinematically and sonically, her violin and voice escorting us through the landscape. "It's really about stories," she says, "and why you make them and what happens when you forget them. And what happens when you repeat them what happens when somebody tries to tell your story for you and it's all wrong and you can't stand it. It's not a film about getting to know me. It's full of questions about how do you remember things."

Love and Death are the themes of Heart of a Dog. The death of her great love Lou Reed in 2013, closing the movie with his metaphysical "Turning Time Around."

Lightheartedness is very important to me," she says. "I've been doing a lot of improv lately and that's really a lot of fun."

Well, I've got some aspirations for standup," she says. So who knows? Laurie Anderson the next Woody Allen?