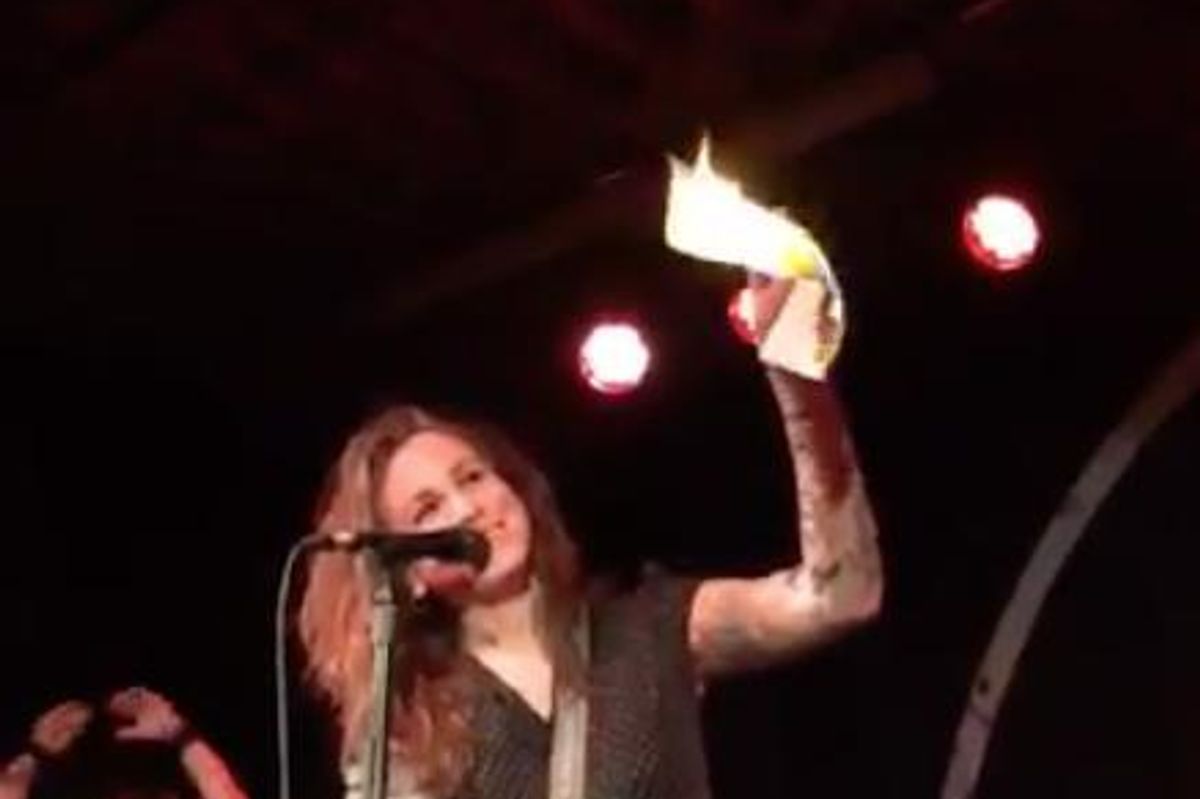 Against Me! frontwoman and trans woman Laura Jane Grace followed through with her band's vow to play in Durham, North Carolina last night, as an act of defiance against the state's woefully anti-LGBT--specifically anti-trans--HB2 bill.

In a triumphant act, LJG held up her birth certificate-with her male gender and birth name--and set it on fire while on stage.

Many famous music acts, such as Bruce Springsteen, have pledged a boycott of North Carolina in recent, but Against Me! felt playing music was the best kind of rebellion.