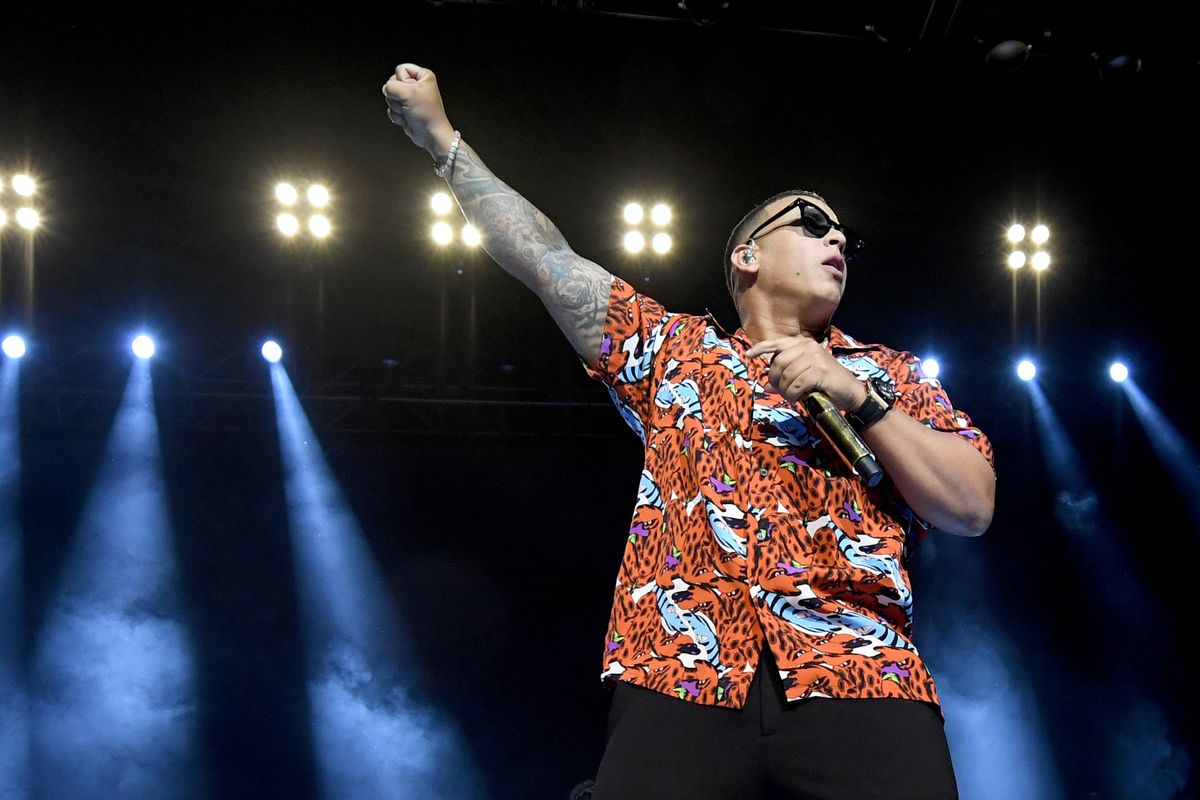 With yesterday's release of nominees for the Latin Grammy Awards, happening November 14 in Las Vegas, music fans and artists alike have noted a lack of representation within larger categories. Though reggaeton and urbano artists such as Bad Bunny, Ozuna, and Daddy Yankee received a handful of nominations, artists from this genre were excluded from categories such as Song of the Year and Album of the Year.

Reggaeton, a popular style of music that originated in Puerto Rico in the '90s, is classified as a combination of reggae and American hip-hop, with other Latin and Caribbean styles infused. As it happens, Daddy Yankee is one of the genre's most beloved artists, and has been nominated this year for Best Urban/Fusion Performance with his song "Con Calma," featuring Snow.

Despite the nomination, Daddy Yankee joined fellow artists like J Balvin and Nicky Jam on social media to call out Latin artists being shut out, writing in part on Instagram: "Esto va más allá de un premio. Esto es cultura, credibilidad, pertinencia y RESPETO," or "This goes beyond a prize. This is culture, credibility, relevance and RESPECT."

Reggaeton is often acknowledged for having controversial lyrics that discuss heavy, but important themes such as racism, gang violence, and machismo, which are meant to start broader conversations in society. This open-minded style of music has gained immense popularity over the years, but clearly is not getting the respect and attention it deserves from industry officials.

Daddy Yankee, J Balvin, Nicky Jam and others all acknowledge how reggaeton holds a significant place in Latin music, yet there remains a representational lack of and respect for reggaeton artists in the industry.

Even if the Latin Grammys responds to this issue properly and begins including more reggaeton artists in major categories, it may take a lot more action for reggaeton artists to be given the respect that their music and culture deserves.

The slogan, "Sin Reggaeton, no hay Latin Grammy," or "without Reggaeton, there are no Latin Grammys," is quickly spreading throughout social media, hopefully garnering the right kind of attention needed to make a change. So far, there has been no official statement from the Latin Grammys addressing the concerns raised by Daddy Yankee and others.