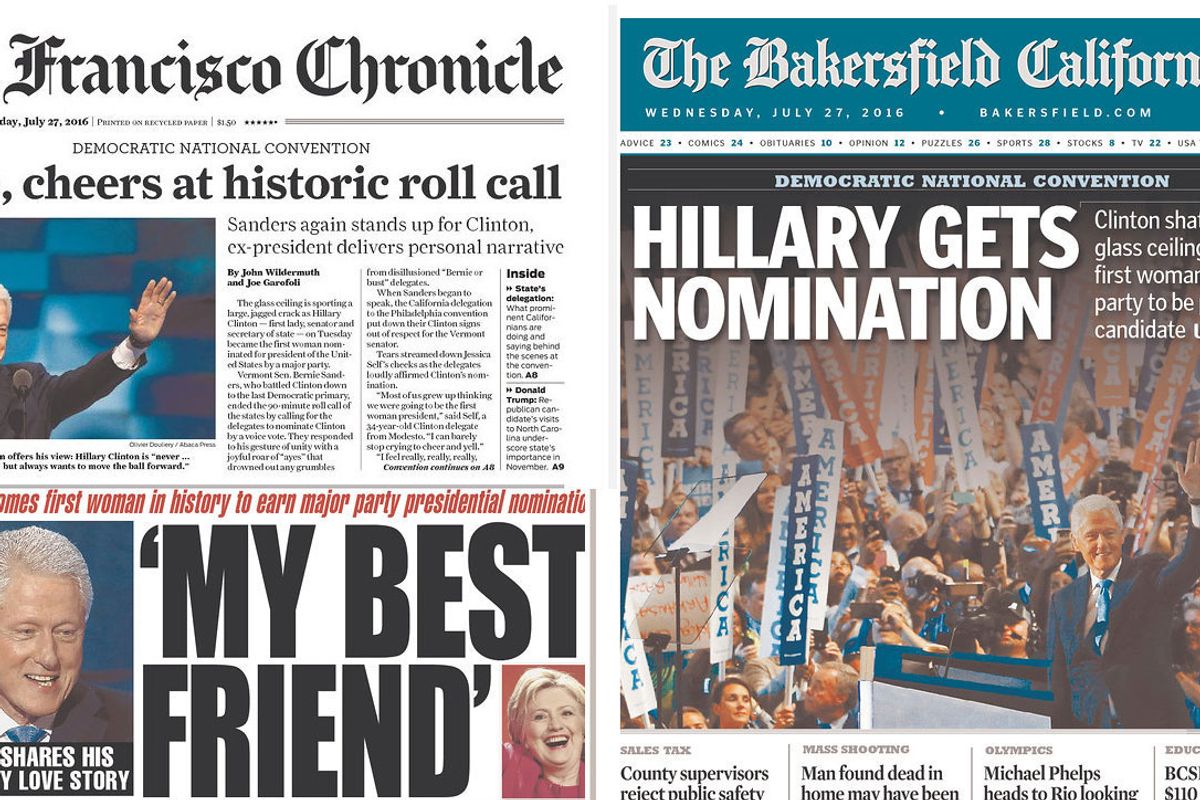 For those of you living under rocks, Hillary Clinton officially snatched the Democratic presidential nomination last night.

However, as Fusion noted earlier today, the Internet began noticing something pretty disturbing about the ensuing coverage, specifically involving the layout of physical editions of papers across the country. Several newspapers chose to illustrate this historic moment in U.S. politics with photos of Clinton's husband, not to mention former rival Bernie Sanders.

A woman wins a presidential nomination for the 1st time ever -- and this is your cover, @chicagotribune @wsj? pic.twitter.com/x4OzPk18fY
— (((Becky Griffin))) (@dorothyofisrael) July 27, 2016


Not to mention these egregious offenders.

simple proof of enduring sexism: no Hillary, or even a woman, on the front page after 1st woman nominated president pic.twitter.com/FvkxDfOAJK
— Anne Helen Petersen (@annehelen) July 27, 2016

The Wall Street Journal in particular has become a point of contention, as one of the bigger names complicit in this display of "a woman is nothing without her husband" bullshit. However, someone down the line seemed to realize that putting only photos of Bill and Bernie to illustrate Hillary's win was probably a bad idea, as the paper did end up printing a strange late edition rejiggering to include an actual photo of Hillary. Wow.

But if it's a timing issue, why not just use an older photo of her -- blown up to size to honor a historic, ceiling-shattering moment? Or take a cue from the NY Times and use a photo from earlier in the day showing ardent female Hillary supporters? After all, it's not like this was the first time a woman was elected to represent a major party in the forthcoming Presidential election or anything...