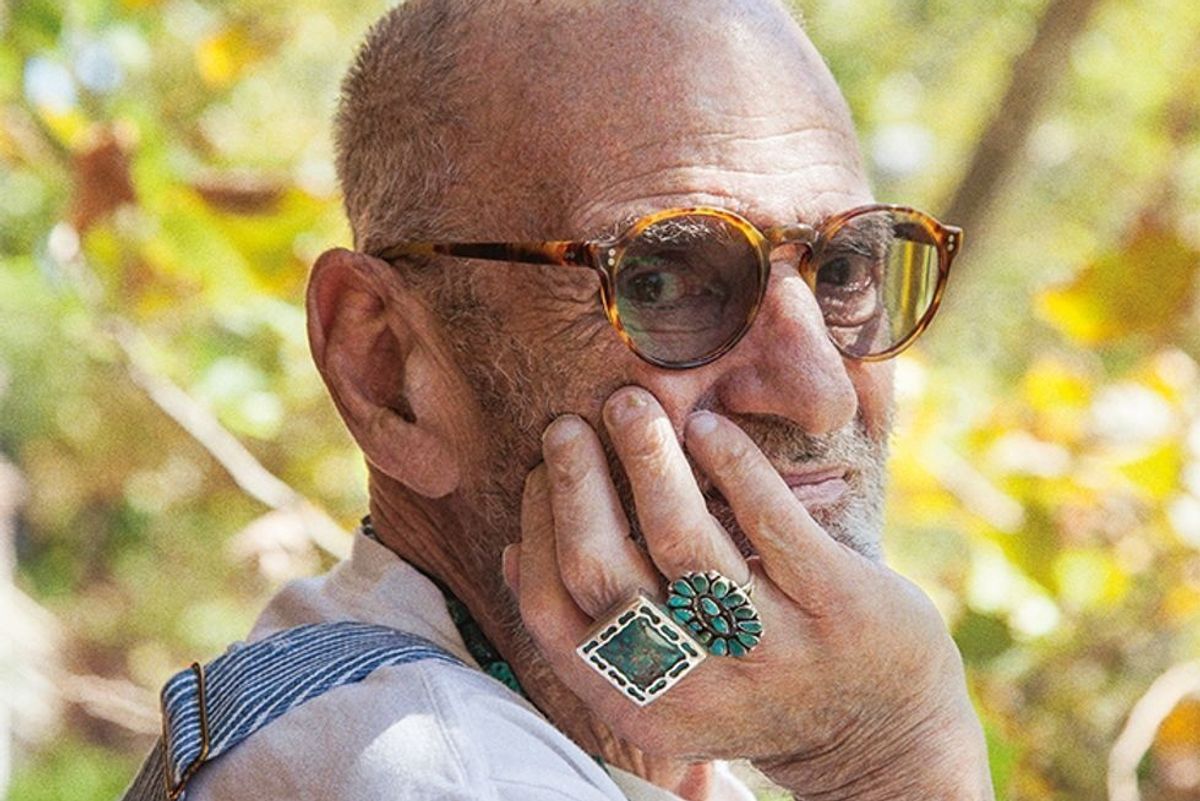 by Larry Kramer / photo by Ryan McGinley
PAPERMAG
For our Nowstalgia issue, we asked legendary author, playwright and LGBTQ activist Larry Kramer, whose book The American People: Volume 1: Search for My Heart was released this year, to reflect on how the media's coverage of gay writers has changed over the years. Kramer, never one to hold back, doesn't think much has changed at all.

So many thoughts when one publishes a book.

Do you know who the best gay writer we have today is? Unless you are gay, I'll bet you have never heard of him, much less read him. Every one of his books is a gem. If he were straight, his reputation would be immense. The beauty of his language, the empathy for his characters and the world he writes about, are unsurpassed by any other gay writing of our time. Here are the titles of some of his books: Dancer from the Dance; Nights in Aruba; The Beauty of Men; In September, the Light Changes; and Grief.

His name is Andrew Holleran. He is our Fitzgerald and Hemingway but for one thing: he writes better than both of them.

But straights have not read him and appreciated him and rushed to read any of his beautifully written work. Straight people don't really want to discover us and who we are. Holleran's novels "...seem so determined to speak for their disenfranchised gay characters that the works become inaccessible to anyone else, like looking through a window at someone else's world," a critic wrote in her New York Times review of his most recent novel, Grief. Funny, but I thought that's exactly what any good writer tries to do.

When we fall into the hands of book critics at The Times, we are amazed at their lack of understanding, empathy, of what we are trying to do and say. It is quite amazing how fervent and omnipresent is the homophobia that never-endingly remains the norm for gay writers in their book reviews. There is not one gay or lesbian author who has not experienced what I'm talking about.

The daily New York Times and its Sunday Book Review are famous among gay writers for ignoring us, or trashing us. Straight critics just don't get us. Just like straight historians don't get us. It's their way or the highway. And as The Times goes, so go other publications and critics in America in their relentless game of Follow the Leader.

I have been trashed in both daily and Sunday Times for almost everything I have written. Why does anyone still consider the Sunday Times Book Review seriously? It is not only second rate and homophobic, it is tired, very tired. I've never heard of most of the critics they use to judge us. Its power is nevertheless colossal and it has ruined many a career. (And the New York Times controls the New York Times Best Seller List, which surely is a conflict of interest or restraint of trade or something smelly.)

So is it any wonder that I should write a novel about how homosexuals have been ill-treated and ignored by straight historians since the beginning of time? And naming names of some famous people I believe to have been gay. The nerve of me! The nerve of Andrew Holleran to make us sympathetic, sad and real.

When I read a review I can tell if the critic has really read my book. The two NYT reviewers border on the unprofessional. I would bet that neither of them read the 775 pages of my book, as they continued to trash it and its "loudmouthed activist" author. They spend most of their reviews discussing a me they think they know from my alter-ego activist persona and not my book, which they hardly mention, or its goals, or the quality of its writing, which I've worked so very hard to do well. The few sentences they finally spend discussing content are invariably filled with inaccuracies. That's the giveaway for their cherry-picking. (Their daily critics tend to review mostly short books, have you noticed?)

Dr. Oliver Sacks, the great gay doctor, said this of Thom Gunn, the great gay poet: "Thom rarely reviewed what he did not like, and in general his reviews were written in the mode of appreciation."

Can you remember the last time you read any review expressing appreciation?

What Times critic is appreciating Andrew Holleran? It would be New York Magazine, which asked 61 critics to reveal their favorite underrated book of the past ten years, and Daphne Merkin chose Grief. "This slim but singularly affecting novel put in an appearance to conditional praise last June and, to my knowledge, sank thereafter without a trace. A meditation on personal loss and the loss of erotic/romantic possibilities for aging homosexual men (and by implication aging everyones) it's bone-spare but plangent with meaning -- the kind of novel that would be immediately hailed if it were written by a laconic European writer."

Charles McGrath, who was editor of the NYTBR from 1995--2004, recently wrote about critics:"How many of these voices are worth paying attention to... If for a start we require that critics know what they're talking about -- that their judgments are actually informed -- the field thins considerably, and if we also insist on taste and discernment, then the number of valuable and useful critics dwindles pretty drastically. A valuable critic is someone whose judgment you can rely on and can learn from." It's interesting to note that McGrath left the Book Review to write what he wanted to write. His son Ben is at the New Yorker where they used to treat gay writers terribly but have been making up for it.

Yes, one has many thoughts when publishing a book. What my new book, The American People: Volume 1: Search for My Heart: A Novel, is about is rarely discussed. It is a history of gays and other minorities through all time, yes, but it is a history of where aids came from, why it is here, why it is ignored, why it is murdering us and, in the process, naming names. It is about the destruction and elimination of the homosexual population, which has been here since the beginning of our country's history. It is a long and complicated history and Farrar, Straus and Giroux thought well enough of it to allow it to be published in two volumes.

AIDS is out of control again. You don't know it. The New York Times isn't really writing about this either. Just as it did not write about AIDS for its first horrendous years. Gays were reduced to affixing all over town stickers that said: "Gina Kolata of the New York Times is the worst AIDS reporter in the world." Well, the world still doesn't know that AIDS is a worldwide plague and The Times still isn't telling us.

The one thing I discovered as I was writing The American People is that I believe this plague is intentional. That it was allowed to happen and is allowed to continue.

Our world. Andrew's and my world. That is what I write about in my novels and plays. It is my way of fighting back against the evil and hate that has followed us since the beginning of time. It isn't easy when your hometown paper does nothing to help your cause. A drunk Times critic named Clive Barnes arrived 45 minutes late for opening night of my first play, "Four Friends," and started his review with, "With friends like this you don't need enemies," and we closed on opening night.

So I can't say I was surprised by the paper's less than generous response to The American People. And I hope I shall soon have a new play and volume two of The American People, titled The Brutality of Fact, both just waiting for The Times to trash them.

No, I don't like The New York Times. And neither does any gay or lesbian writer that I know of. I believe that a good writer's responsibility is to try and change the world. That is what theater since ancient Greece was meant to do. I want The American People to change the world. I want gay people all over the world to know our history. And I am certain that Andrew Holleran, in every word that he writes, wants this, too.

I recently asked a straight critic who had reviewed some gay titles if he had read Andrew Holleran, our greatest writer. He had never heard of him. Yes, these are some thoughts I've been having as I launch another creation into the world.