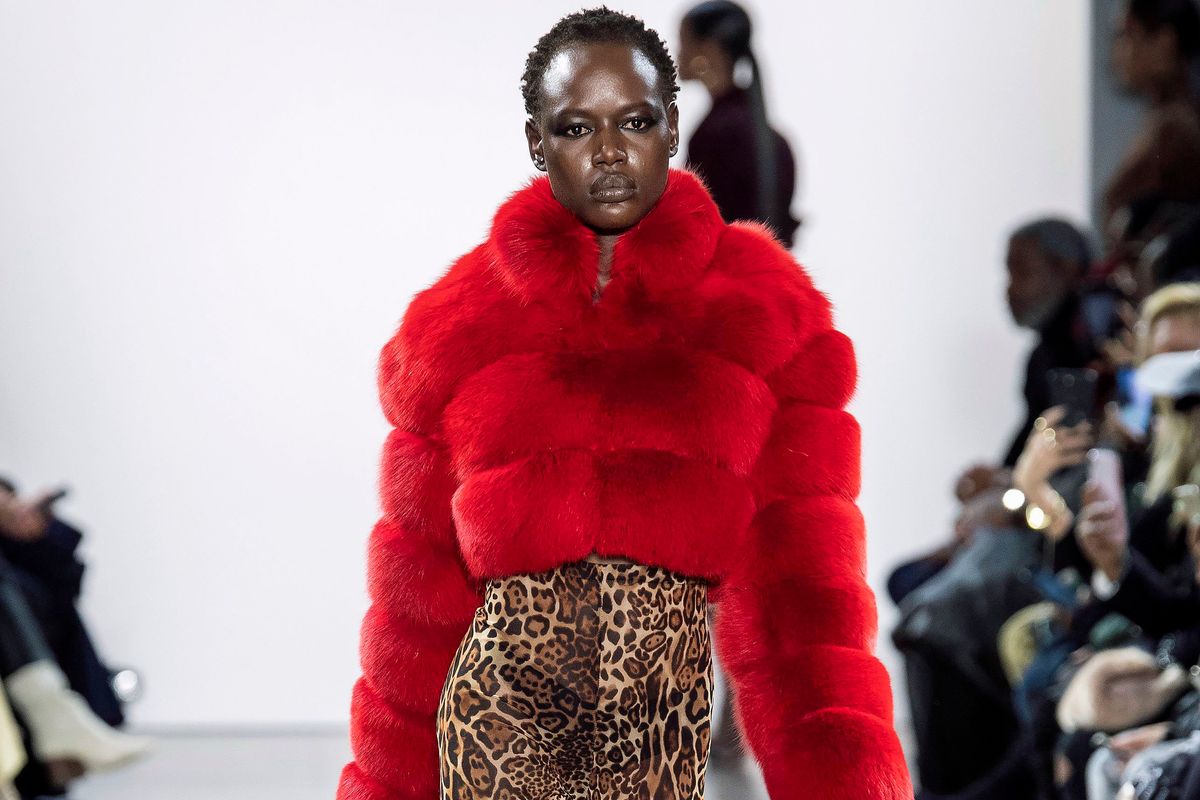 Since launching his eponymous brand in 2013, LaQuan Smith has juxtaposed the seemingly contrasting concepts of sensuality and luxury. The fall 2019 collection was no different — belted trench coats shielded animal-print chiffon, and sheer black hosiery accompanied plunging necklines. As a designer who has dressed the notable women that effortlessly command every room, from Beyoncé to Cardi B, Smith's collections have garnered quite the fanbase. As each model transcended down the runway to the sound of Hillary Banks's voice of The Fresh Prince of Bel-Air, the wardrobe of a powerful, fearless provocateur was reimagined.

Matthew Mazur or simply Mazurbate, the New York-based DJ and celebrity stylist, provided the soundtrack for the runway show — curating the musical embodiment of the power and sexuality that continue to inspire Smith's collections. During an interview with PAPER, Mazur noted that when he first met with the brand's team, they discussed who exactly the LaQuan Smith woman was. "She was grown up, a little more refined but still had her roots intact," he explained. "I drew inspiration from high/low, or rather sexual versus sensual, and being an all around unapologetically fabulous woman in charge-who is still fun (with a capital F)."

Plaid textiles and wool fabrics were unconventionally paired with body-con tailoring, and midi-length evening dresses and pencil skirts were accompanied by suggestive slits and sky-high heels. The designer's use of fur also invoked a sense of affluence, styled with various animal prints to create the ultimate vixen. "I wanted everything to be sexy and expensive," Smith told WWD. "I wanted her to be super strong and super confident. I didn't want to shy away from it this season."

In light of Smith's intention and the star-studded front row, Mazur knew which tracks would convey this messaging. "Hence the campy interludes from Hilary Banks from The Fresh Prince of Bel Air, Petula Clark's 'Downtown,' or The Jefferson's Theme Song Finale walk," he explained. "Also, I felt I had to include Edith Piaf's 'La Foule' as an homage to Paris and Miss Carine Roitfeld herself (who sat at the show). This soundtrack came together perfectly and we all have agreed it's the best we've collaborated on so far."