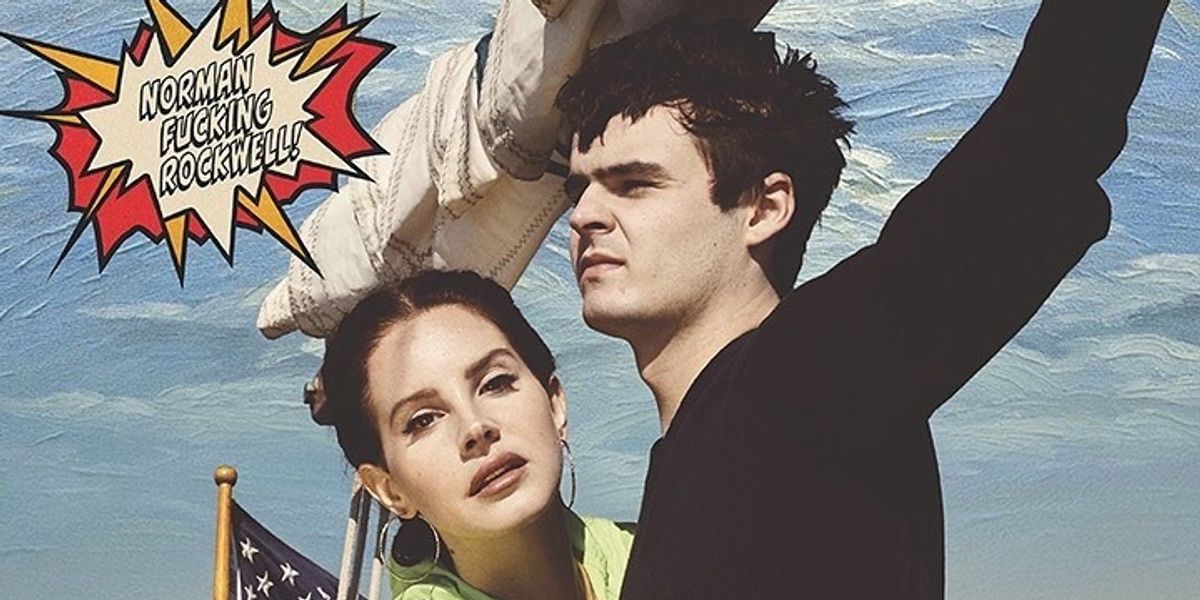 Lana Del Rey's long promised sixth album Norman Fucking Rockwell is out August 30, the singer confirmed on social media this afternoon. While Lana has led us astray about a release date before, there's reason to believe her this time around — she also promised the LP was coming next month during a recent concert in Dublin. She shared album art and a tracklist, complete with some fun surprises, as part of today's announcement.

So what are we looking at here? Alongside previously released singles "Mariners Apartment Complex," "Venice Bitch," "hope is a dangerous thing for a woman like me to have - but i have it," and the sublime Sublime cover "Doin' Time," Norman Fucking Rockwell promises to finally give the stan favorite "Best American Record," otherwise known as "Architecture," a proper release. The song appears to be re-titled as "The Next Best American Record," and has presumably been reworked courtesy of mega pop producers Jack Antonoff and Laura Sisk, both of whom Del Rey is working with for the first time.

We also have confirmation that the album will contain "Cinnamon," AKA the song Del Rey shared a snippet of on Instagram then deleted. But not before numerous fans used Shazam to identify the title from Spotify.

Tracklist aside, the album art is a conversation starter in itself. Already dividing Lana's Twitter followers (many are pleading that she return to her vintage-photo-with-car roots), the collage features Jack Nicholson's grandson Duke Nicholson and the American flag. Plus some pop art touches that are more Roy Fucking Lichtenstein than Norman Fucking Rockwell. Chuck Grant took the photo of Del Rey and Nicholson.

So there you have it! August 30 is the date — get ready for sad girl fall.