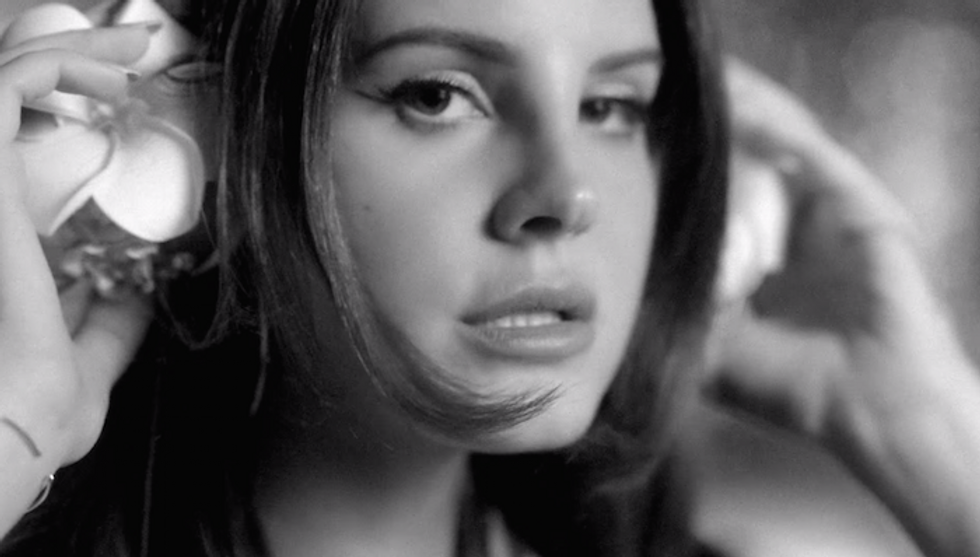 Lana Del Rey has just released the second music video off of her broody, almost-psychedelic album Honeymoon -- but unlike her explosive "High By The Beach" narrative, "Music To Watch Boys To" is a cinematic wet dream.

Directed by Kinga Burza, Lana lounges with flower headphones before a 1950s film projector interspersed between clips of bathing beauties and shirtless men. Though to expect anything less than her otherworldly, over-the-top visuals and seductive luxury would be unfair. Be prepared to re-watch the video 50 times below.

[h/t Consequence of Sound]
You May Also Like
Fashion